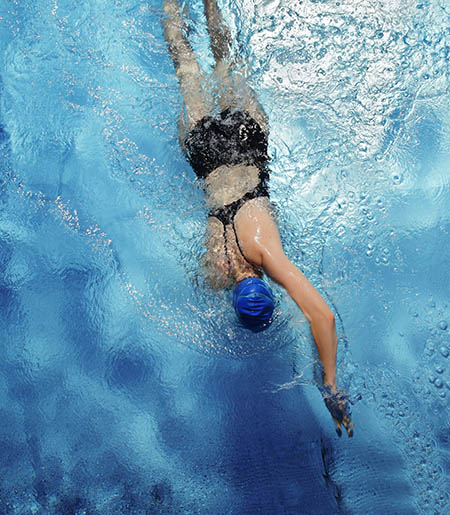 Heralding the return of women’s competitive swimming to Stony Brook, swimming and diving head coach Janelle Atkinson has announced the program’s schedule for the 2017 season. The six-meet slate features two home contests, which will take place on Nov. 18, 2017 vs. Saint Peter’s and Jan. 19, 2018 vs. LIU Post.

Stony Brook University and the Department of Athletics held an official ribbon-cutting ceremony to re-open University Pool on Monday, May 15. The University announced the return of Stony Brook’s Swimming and Diving program for the 2017-18 academic year this past fall, following multi-million dollar renovations to its indoor pool facility.

“It’s a light schedule, but I think it’s a great starting point,” Atkinson said. “We are competing against a lot of great programs that will provide a good amount of competition for our young team. Additionally, having Vermont and New Hampshire as part of our schedule will provide a peek into what we can expect at our conference championships in February.”

The Seawolves season will begin with an America East matchup vs. Vermont in Burlington on Saturday, Oct. 21, 2017.

“With this being the first year, I’m most excited about getting [the season] started, having bodies in the pool and building character for the program,” Atkinson said. “It’s exciting to have a blank canvas to work with. I’m very pleased with the team I’ve assembled thus far, and the foundation for what this program will become is quite solid.”