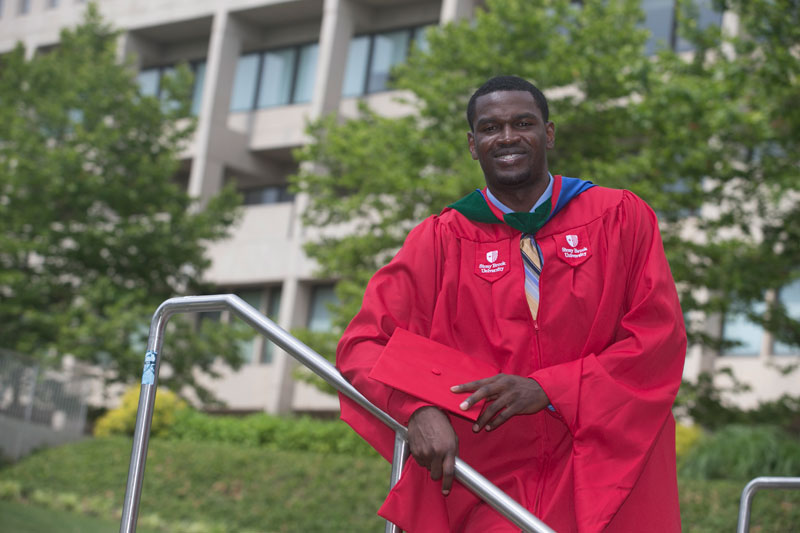 Former Seawolves basketball star Mike Popoko has come full circle. After spending a year in Europe playing pro ball — he played one season for the Leuven Bears of the Belgian Basketball League — he returned to the States to pursue his other dream, a career in healthcare. He credits his interest in the medical field to his mother Veronica, a nurse. “Every day she came home with a new and interesting story,” he recalled.

After working for a short time at the Villa Maria Behavioral Clinic near his hometown in Baltimore, he returned to Stony Brook and enrolled in the nationally acclaimed Physician Assistant Program, the top-ranked program in the Northeast. On June 28, Popoko’s dream became a reality. He graduated with honors.

Known as a tough rebounder and consummate teammate in his playing days, Popoko credits the self-discipline he developed under Coach Steve Pikiell to helping him excel in his studies. “Studying to be a [Physician Assistant] is like being in the pre-season, they work you harder than you think you can handle but your mental toughness gets you through it.”

Popoko plans to return to Maryland, where he will be part of a new team, a team of dedicated medical professionals. But now the victories will be counted not in games won but in lives saved.