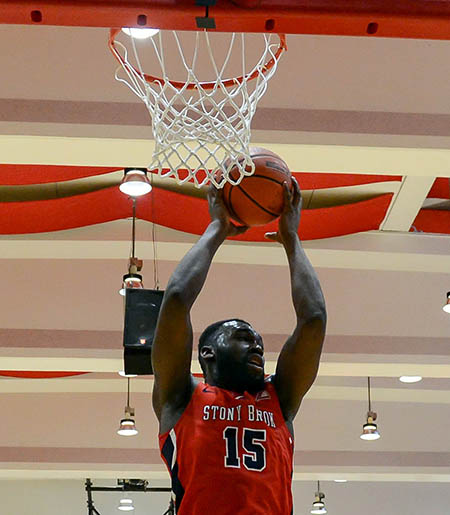 Sophomore Elijah Olaniyi led all scorers with 15 points, while freshman Miles Latimer recorded his first career double-double with 11 points and 14 rebounds. Redshirt-junior Akwasi Yeboah and senior Jaron Cornish rounded out the Seawolves in double figures with 13 and 10, respectively.

“Our defense dominated,” said Coach Jeff Boals. “There wasn’t a great flow to the first half, but I think the stretch where we started to take over was when guys were diving on the floor and getting loose balls. That allowed us to get out in transition and get some easy baskets. We were able to finish the game off from there.”

Winning their fifth straight game, he Seawolves are now 6-1 at Island Federal Arena.  Olaniyi has scored in double figures in four consecutive games, while Yeboah has recorded 10 or more points in three straight games.

The Seawolves trek north to Maine to take on the Black Bears Saturday, January 19.