Men’s Basketball Rallies From 18 Down to Best Maine 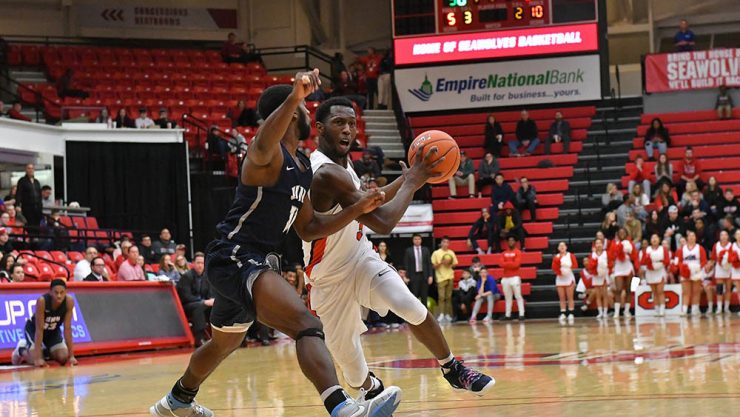 For the third time this season, the Stony Brook men’s basketball team rallied from a double-digit second half deficit, defeating Maine 64-61 at the Cross Insurance Center on Saturday afternoon to improve to 4-0 in America East play and 16-3 overall.

The Seawolves scored 47 points in the second half, shooting 7-for-15 from three and 16-for-30 in the final 20 minutes, outscoring the Black Bears by 19 in the period to pull away. Sophomore Elijah Olaniyi led four double-figure scorers for the Seawolves, putting 14 up in the point column, while senior Jaron Cornish had a career-high 10 assists to go along with six points and eight rebounds.

“Maine was dictating play on both ends and we were able to come back,” Coach Jeff Boals said.  “Give our guys a lot of credit. We picked up our ball pressure in the second half and I think that was the difference.”

The Seawolves won their ninth road game of the season in 10 tries and have won 10 of their 12 games away from Island Federal Arena, including neutral site games.

Stony Brook travels to Albany on Wednesday night to renew their rivalry with the Great Danes at SEFCU Arena.