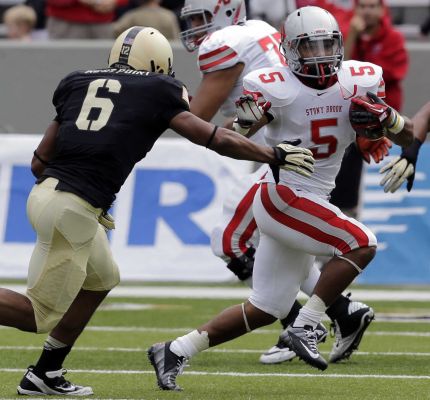 Maysonet, the Seawolves’ marquee running back for three seasons, was originally signed by the Philadelphia Eagles as an undrafted free agent and then acquired from waivers by the Cleveland Browns, who waived him last month.

Maysonet spent three seasons at Stony Brook, where he was a two-time Big South Conference Offensive Player of the Year, totaling 4,725 career rushing yards and 48 touchdowns on 695 carries (6.8 avg.). As a senior in 2012, Maysonet started all 13 games and recorded 267 rushing attempts for 1,964 yards and 21 touchdowns.