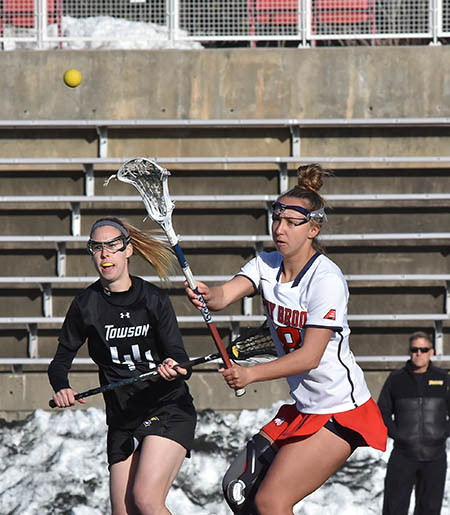 “Courtney is one of the best pure goal scorers I’ve ever seen, and I couldn’t be happier for her,” said head coach Joe Spallina.

“Tonight was our third-straight game playing our entire roster, so that’s important, Spallina said. “Overall, I think this game checks a lot of boxes for us, so I’m happy with the result. We’ve done a really good job of bringing a certain level of focus to each game, and I’d expect the same on Saturday [at Binghamton].”

The Seawolves outshot Hartford 31-7 in total, and won 16 of 25 draw controls. Stony Brook picked up 26 ground balls, a season high. With the win, No. 1-ranked Stony Brook remains one of only two undefeated Division I teams.