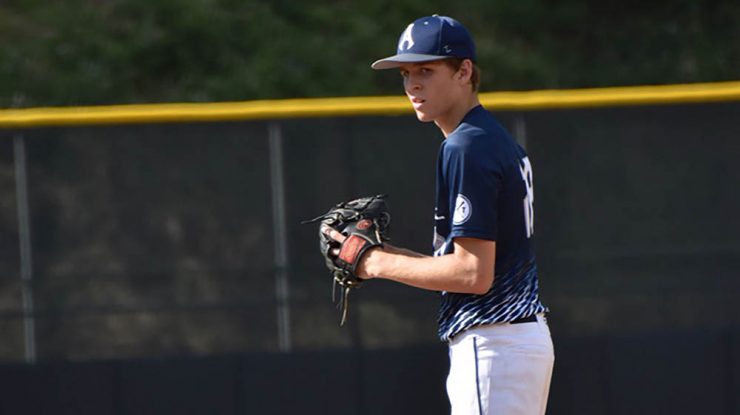 One-run game. Two runners on. No outs. Quinlan Montgomery on the mound for the first time in months.

That was the scenario in April when Montgomery, at the time a junior pitcher at Yorktown High School in Virginia, was set to throw his first pitch since overcoming testicular cancer.

“I wasn’t even thinking about it being my first outing in a while,” said Montgomery, who is committed to Stony Brook baseball. “I was thinking about trying to get outs without giving up any runs. There was a lot of adrenaline going through me.”

Following two surgeries, months of rehabilitation and moments of self-doubt as to whether he would pitch again, Montgomery gripped the baseball and delivered the pitch. He went on to strike out the first batter.

Montgomery would throw two scoreless innings in relief, striking out all six batters he faced, to help seal the win.

“I was just excited to get back out there,” he said, “and do what I really love to do.”

It was during Montgomery’s sophomore season, when the right-hander was named second-team all-conference, that he began to notice abnormalities in his groin area. He didn’t feel sick, and he was pitching well, so he didn’t think much of it. He kept it to himself for what he indicated was a month or two, until he began to experience pain in the area. Concerned it was something serious, he finally told his parents.

Following an immediate trip to the doctor and a series of tests, Montgomery was diagnosed with testicular cancer.

“So many things went through my mind,” Montgomery said. “You see ads about cancer research and cancer foundations and you see stories on ESPN about kids who have had cancer, but you never think about it being you. Then, in that moment, it was like, ‘It is me, what do I do now?'”

Montgomery underwent two surgeries in the summer of 2018, the first of which removed the infected area. The second surgery, performed at Memorial Sloan Kettering Cancer Center in New York just before the start of his junior year, was more invasive. An incision was made from his chest to below his stomach to remove lymph nodes and ensure they weren’t infected. He was hospitalized for nine days. In the weeks that followed, he lost 30 pounds.

Limited during the recovery phase, it would be 5½ months before he threw off a mound. He began weightlifting and physical therapy, and started a low-fat diet as he eased his way back into his pre-diagnosis pitching program. Long-tossing progressed to bullpen sessions as he gradually ramped up the intensity and rediscovered his stamina and near-90 mph velocity.

When practice resumed in February 2019, Montgomery was a participant.

“Coming off my sophomore season I had a chance to really make a name for myself in the area, and then I got sick,” he said. “This year I want to make myself recognizable in Northern Virginia as one of the better arms, because not many people know about me at this point.”

Stony Brook assistant coach Tyler Kavanaugh, who oversees the pitching staff, first became familiar with Montgomery in the summer of 2019 during a recruitment camp on Long Island. Kavanaugh soon invited Montgomery to a Stony Brook baseball clinic. Though it was late in the process for the 2020 recruiting class, Montgomery’s agility and athleticism, particularly for someone his size, stood out.

“I feel like with all the time off I had, I’m still poised to make a big jump in my development. I’m excited to see where that takes me,” Montgomery said. “One of the reasons I chose Stony Brook is because it’s going to be my best opportunity if I want to become a big-time college pitcher.”

Author Mike Gavin graduated from Stony Brook University in 2009.  He was a longtime writer for Newsday and has also written for Bleacher Report and SB Nation.

Stony Brook University comes in at No. 78 in the world in the new 2019 Times Higher Education (THE) Impact Ranking, a global university ranking that aims to measure an institution’s impact on society based on its... 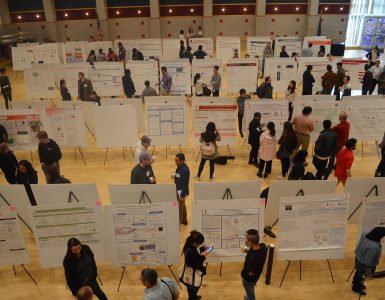 An Exciting Fall with the Department of Chemistry

Join us this fall as we celebrate several exciting events in the College of Arts and Sciences Department of Chemistry! Friday, October 4: Chemistry Research Day 11:00 am – 4:45 pm Student Activities Center Featuring...

Stony Brook is the only hospital on Long Island to receive this distinction for the past two consecutive years and among only five hospitals in New York State this year.