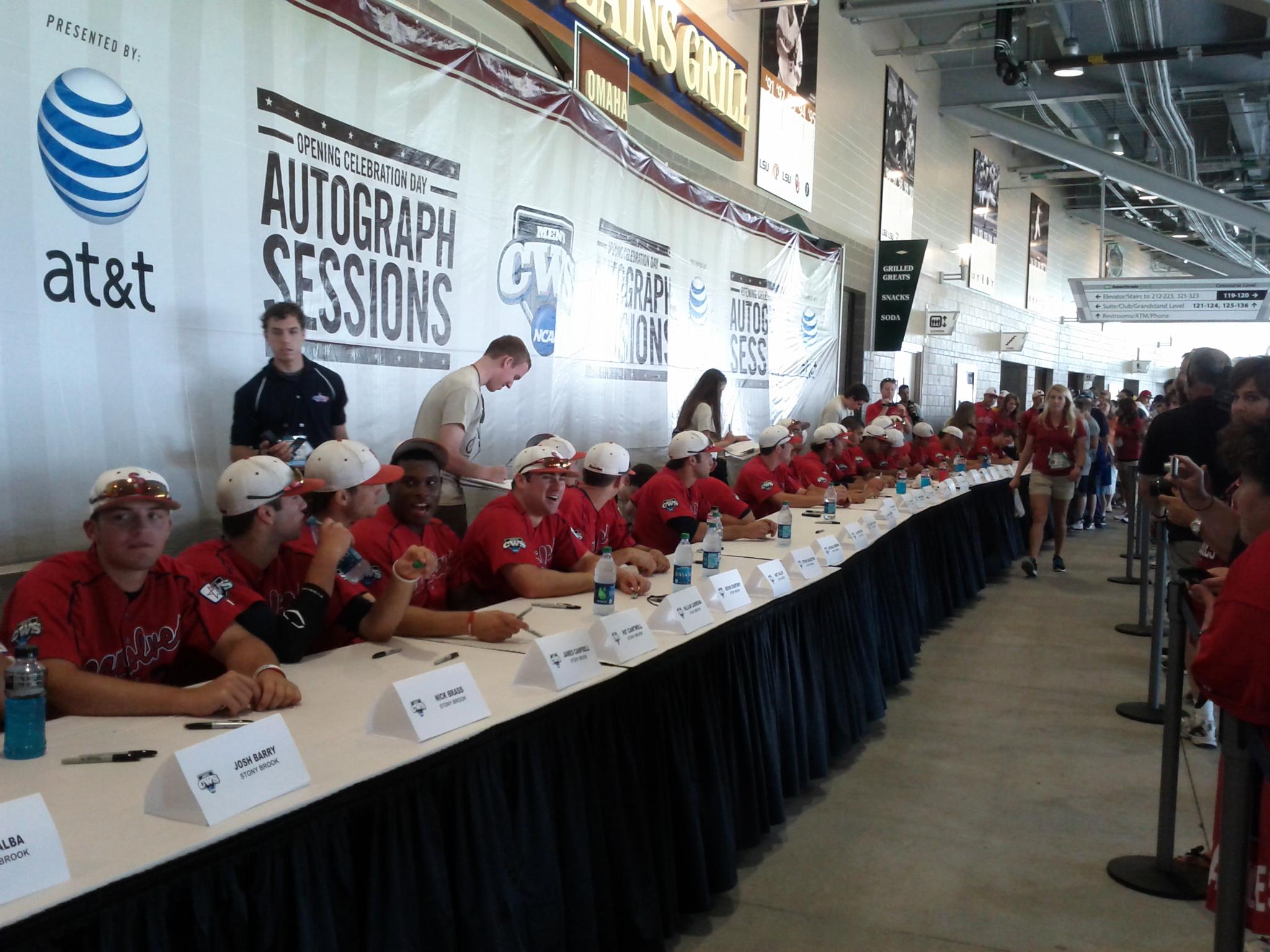 The greatest season in Stony Brook baseball history came to an end on June 17 as the Seawolves lost 12-2 to No. 3 national seed Florida State in a College World Series elimination game at TD Ameritrade Park in Omaha, Nebraska. Stony Brook caps its incredible run with a 52-15 record along with the America East Championship, NCAA Coral Gables Regional championship and NCAA Baton Rouge Super Regional title. The 52 wins are a program record, and the Seawolves have laid claim to being the first America East team ever and first Northeast Region team since 1986 to reach the College World Series.

Junior William Carmona led the Seawolves with a 2-for-4 day, including a double and an RBI single. Sophomore starter Brandon McNitt lasted 3-2/3 innings and gave up nine runs, but only four of them were earned. The Seminoles struck in the top of the first as Devon Travis drew a walk and advanced to third on James Ramsey’s single to left center. The next batter, Jayce Boyd, struck out and on the third strike, Ramsey took off from first, drawing a throw from Cantwell. Travis then advanced home on the throw while Ramsey was caught stealing to end the inning. The run counted to give the Seminoles a 1-0 lead. Florida State then broke out with six runs in the third, five unearned. After McNitt retired the first two batters, back-to-back singles set up first and third for James Ramsey, who stroked a double down the right field line to plate a run. Boyd then reached on a throwing error that scored two runs. One batter later, Justin Gonzalez smashed a three-run home run to left to put the Seminoles on top 7-0.

It was 9-0 before the Seawolves plated a pair in the bottom of the fifth. With runners on second and third and one out, junior Pat Cantwell brought home sophomore Kevin Courtney on a 4-3 groundout. Then Carmona followed with a sharp single to right to bring home junior Travis Jankowski. The Seawolves trailed 9-2 after five innings. Florida State immediately responded with three runs in the sixth on back-to-back-to-back doubles, the big blow being a two-run double off the right center wall by Sherman Johnson. Sophomore pitcher Joshua Mason provided 2-2/3 innings of strong relief, allowing just one hit while striking out one and walking none.

Seawolves at Citi Field
The New York Mets have invited the Stony Brook baseball team to be honored for their run to the College World Series at the Mets’ June 19 game vs. the Baltimore Orioles at Citi Field. The team will head to Citi Field for batting practice to meet some of the Mets players and then be honored prior to first pitch.