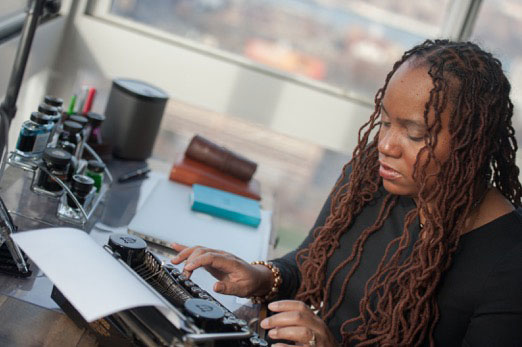 On January 15 — Martin Luther King Jr.’s actual birthday — writers, activists and community members will come together at Stony Brook Southampton for Writers Resist, a nationwide movement to honor democracy and celebrate the history and promise of a diverse nation.

On the same day, hundreds of others in cities across America will be gathering for a “re-inauguration,” an affirmation of their shared commitment to equality and justice.

Cosponsored by the MFA in Creative Writing at Stony Brook Southampton, Canio’s Books in Sag Harbor, Poetry Street, and PEN America, Writers Resist: Teach In/Speak Out will bring together several groups from across the East End. Workshops and readings in two separate programs will be dedicated to empowering the community while offering a rare opportunity for residents to join together to celebrate diversity and their common humanity.

“The obvious question prompted by the title would be: ‘resist what?'” said Julie Sheehan, director of the MFA in Creative Writing at Stony Brook Southampton. “Rather than organizing resistance to any one individual or institution, these programs all over the country are aimed at resisting the erosion of the values that make our democracy work: The value of freedom of expression, public education for all, and tolerance in a pluralistic society.”

The event begins at 2:30 p.m. with the Teach In, which consists of free writer-led workshops in English and Spanish, open to the public, including children.

It continues at 4 p.m. with the Speak Out program, which will include readings from the past and present, writings selected to highlight the ideals of democracy, diversity and free expression. Along with their own original material, writers will be reading from such sources as the preface to Walt Whitman’s “Leaves of Grass”; Sojourner Truth’s “Ain’t I a Woman?” and an original source of the term “welfare,” the preamble to the U.S. Constitution.

The Speak Out event will also include an audience-based Twitter storm based on the Langston Hughes poem, “Let America Be America Again.” A short section of the poem will be handed out to all members of the audience with smartphones and Twitter feeds upon their arrival, with instructions to tweet the lines at some point during the program.

A reception will follow, offering a chance to talk, mingle and connect. Both events are free and the public is welcome to attend. Learn more at the Southampton Arts website.