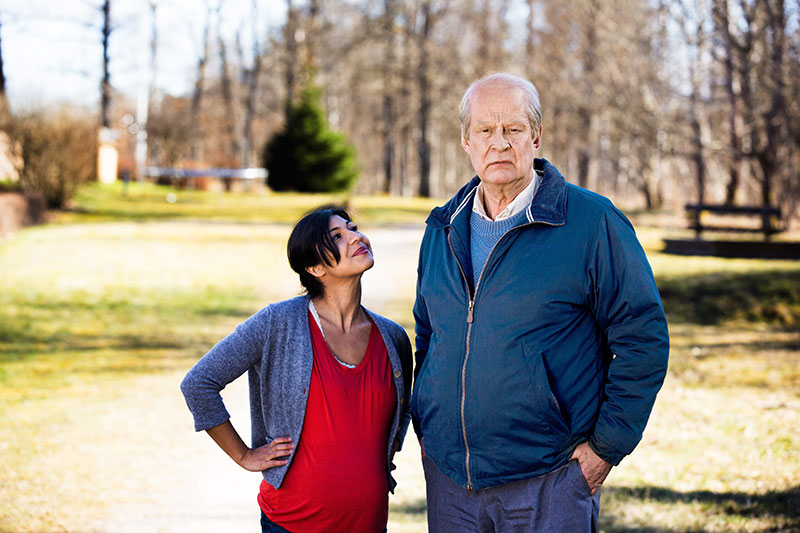 Two world premieres of American films and an expected appearance by screen and stage star Nathan Lane will highlight the 21st Stony Brook Film Festival presented by Island Federal Credit Union, which is screening at the Staller Center for the Arts at Stony Brook University July 21-30.

The festival of new independent films is annually attended by thousands of film lovers and showcases a highly selective compendium of features, documentaries and shorts, curated by the festival’s founder and director, Alan Inkles.

The Carer is the Opening Night East Coast premiere, a drama starring Brian Cox (Red, X-Men 2, Braveheart) and newcomer Coco König in a winning debut that tells the story of a young Hungarian refugee who becomes the caregiver of an aging, temperamental actor.

Closing Night showcases the East Coast premiere of A Man Called Ove, a warmhearted story set in Sweden, directed by Hannes Holm and written by Holm and Fredrik Backman, author of the best-selling Swedish novel by the same name. After she crashes into his mailbox, an unexpected friendship develops between pregnant young woman and the neighborhood crank, named Ove.

Two American indies will make their world premieres at the festival, including No Pay, Nudity on July 26. Director Lee Wilkof and star Nathan Lane (The Producers, The Birdcage) are expected to attend to represent the film and take part in a Q&A.

Gabriel Byrne (The Usual Suspects, In Treatment) plays comically against type, portraying an actor who has lost his way with his career, family and friends. Byrne and Lane are joined by Frances Conroy (Six Feet Under, The Aviator), Boyd Gaines and Jon Michael Hill as fellow thespians, all waiting for the right role to come along as they hang out in the Actors Equity lobby.

The Father and the Bear, written and directed by John Putch, screens July 22 and features Wil Love and David DeLuise. A retired character actor (Love) with diagnosed dementia longs to perform at his beloved summer theater one last time. Against his daughter’s wishes, he accepts a role from the newly installed artistic director who is unaware of the man’s condition.

The film was shot on location in Putch’s hometown of Chambersburg, Pennsylvania at the Totem Pole Playhouse, a summer stock theater that his late father, William Putch, guided as artistic director for 30 years. Putch’s use of archival material as well as Love’s actual performances at the Totem Pole, are expertly woven into the story.

This is Putch’s fourth film screened at Stony Brook and is his ninth independent film since his Sundance Film Festival entry Valerie Flake in 1999. “I’ve said before that Stony Brook Film Festival was one of the top three fests I’ve ever shown a film at, and ten years later, I can still say the same,” Putch said. “Better than Sundance hands down.”

Other films of note include the Spanish feature Ma Ma, starring Penélope Cruz as a newly single mother who has been diagnosed with breast cancer but inspires all those around her. Anthony LaPaglia (Without a Trace, The Client) stars in A Month of Sundays as a real estate agent who gets a second chance in an understated comedy from Australia, written and directed by Matthew Saville.

Three international films will have their U.S. premieres at the festival: Samira (Israel), Absolution (Finland) and Sum of Histories (Belgium).

The festival will also show two documentaries. Screenagers asks the question, ‘How much screen time is too much?’ Filmed by Dr. Delaney Ruston, a local physician and mother of two, the doc makes its New York premiere. The Blind Boys of Alabama: How Sweet the Sound, directed by Leslie McCleave, is about one of the greatest Gospel quartets of all time.

More than 2,000 short films were submitted to the Stony Brook Film Festival through the online digital submission site filmfreeway.com. In this most competitive season ever, these 14 exceptional shorts from around the world screen prior to most features in the lineup.

Single tickets are on sale throughout the festival. General admission is $12, $10 for seniors, $5 for students.  Festival passes are good for all films and cost $85. Many extras come with a film pass, including local restaurant offers that are good through Labor Day. Passholders can buy tickets to the Closing Night Awards Reception for $30, held at the Hilton Garden Inn on the Stony Brook campus. A Gold Pass for $225 includes reserved seating for all films plus party and reception tickets.

The Father and the Bear

The Blind Boys of Alabama: How Sweet the Sound