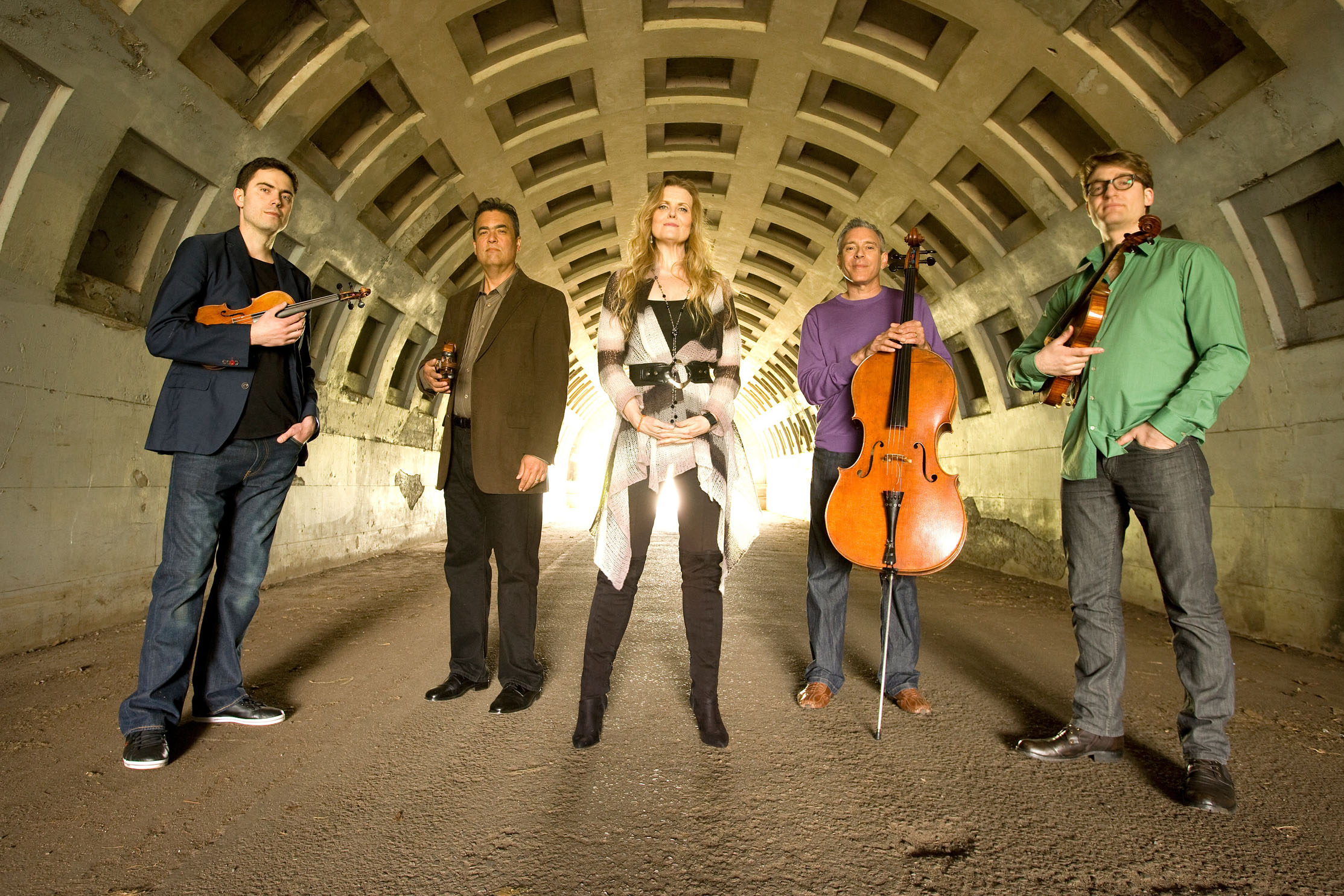 Turtle Island, the double Grammy® winning jazz string quartet, performs in the Staller Center Recital Hall on Saturday, November 17, at 8 pm with singer Tierney Sutton. Tickets are $38 at (631) 632-ARTS or online at www.stallercenter.com.

The Turtle Island Quartet has re-defined chamber jazz for more than 25 years. Joined by Tierney Sutton they answer the simple question: What inspires us?

This historic collaboration overflows with inspiration. From the moving traditional hymn Wade in the Water to Joni Mitchell songs to settings of Coltrane’s A Love Supreme, as well as Beatles, Bud Powell and Turtle Island’s own Balakrishnan (with words of the Sufi poet Hafiz), Poets & Prayers celebrates the muse in all its forms.

Vocalist Tierney Sutton’s celebrated career has included multiple Grammy® nominations, appearances at Jazz at Lincoln Center, the Kennedy Center, and the Hollywood Bowl, and a series of well regarded recordings. JazzTimes says Sutton’s brilliance is her ability to blend seamlessly, and The New York Times called her “a pure jazz spirit.”

With numerous awards, including two Grammy®’s, and major appearances in the great concert halls of the world, the Turtle Island Quartet continues their long history of collaborations with outstanding guest artists. Other guest artists have included the Assad Duo, Paquito d’Rivera, Kenny Barron, Stefon Harris, the Ying Quartet, Michael Doucet and Cyrus Chestnut.