Theatergoers will step into a spellbinding world inspired by Anton Chekhov’s plays and diaries, told with sublimely lyrical wit from one of the world’s most talented troupes of actors, acrobats, clowns and musicians when Donka: A Letter to Chekov comes to the Staller Center Main Stage on Saturday, November 10, at 8 pm. Recalling the atmosphere of faraway Russia, the theatrical circus, conjured up by writer and director Daniele Finzi Pasca, “is a riot of circus magic and mischief with a very modern idiom and sensibility,” notes David Zampatti in The West Australian Review.

Commissioned for the opening of the 2010 Chekhov International Theatre Festival, Donka: A Letter to Chekov is a dazzling feat of aerial acrobatics, multi-media illusion and circus magic. It arrives in New York to premiere at Staller Center after captivating audiences around the world with its intoxicating marriage of surrealism and pure escapism. The show then goes to the Brooklyn Academy of Music for a week’s run.

The award-winning Daniele Finzi Pasca was director of Cirque Du Soleil’s Corteo and Cirque Eloize’s Broadway hit Rain, hosted by Staller Center in 2007. Donka is a sumptuous theatrical extravaganza that lifts the spirits and draws the audience into the enigmatic mind of Russia’s most famous writer.

“Donka” in Russian is a little bell fixed to a fishing rod that rings wherever a fish bites. Chekov adored fishing, and for him it was a way of abandoning himself to meditation. Finzi Pasca, fascinated by this image, fishes in the pool of circus fantasy to delight and bring the world of Chekov to the stage. 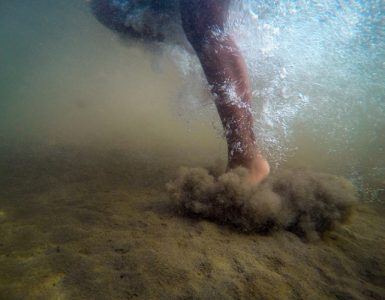