The Doc Who Rocks 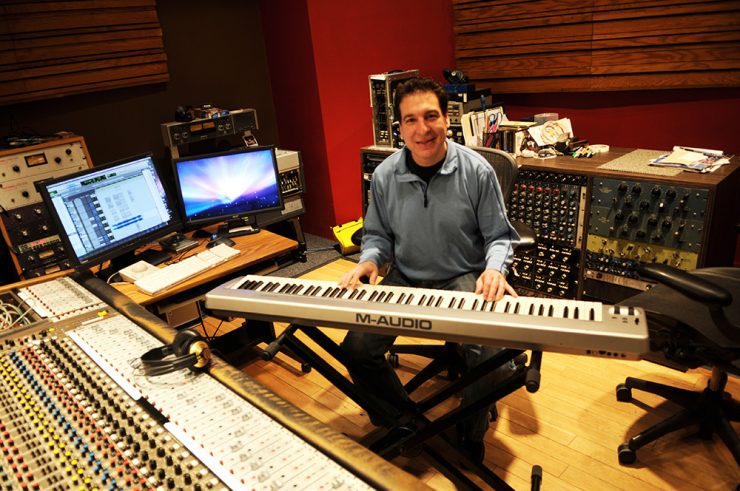 As Seitz opened the door at Theater 99 – the recording studio he had co-owned with his friends Ray Martin, Tom Nastasi, and John Siket – the part-time record producer and full-time physician had expected to look in on the Southern rock band Gov’t Mule, who were set to begin work on their new album that day with producer Michael Barbiero.

“I was walking in, basically, to make sure that everybody was happy,” Seitz recalled. “My purpose was to make sure everything was working exactly as it should be.“

When Seitz stepped inside, however, the mood turned very quickly: Allen Woody, the bassist for Gov’t Mule and the Allman Brothers Band, had been found dead in a Queens motel room, from what would later be determined to be a heroin overdose.

In an instant, Seitz went from eager anticipation of the recording session to mourning Woody, who was not only a colleague, but a friend.

“Gov’t Mule, Ray had known for many years,” Seitz said. “He had been friends with [guitarist] Warren [Haynes], and then he introduced me to Warren, and I was friends with Warren, so it was like having family coming to the studio. I think that sort of doubled the shock of what happened.”

In time, as the shock subsided, Gov’t Mule would return to Theater 99, recording The Deep End, Vol. 1 and Vol. 2. Some of the world’s best known bassists, from Flea to Bootsy Collins to The Who’s John Entwistle, filled in for Woody on the albums, and eventually, Andy Hess would take over full-time.

It was, naturally, a pivotal moment in the history of the band. In time, though, it would prove to be just as pivotal for Seitz.

Even as he pursued a career in medicine – beginning with his pre-medical studies as an undergraduate at the University of Pennsylvania – music always had a hold on David Seitz.

“For me – and I know it’s different than a lot of people – I have a very visceral reaction to music,” Seitz said. “It’s relaxing to me. I’ve tested myself, and my blood pressure drops, my pulse goes down. It’s accessing a different part of my brain. I think that for me, it’s very important.”

Those, of course, are the words of a seasoned medical professional, but as an undergrad, Seitz only knew that he loved music, and when he wasn’t hitting the books to further his medical ambitions, he was throwing himself into music with similar zeal, both as a disc jockey on student radio station WXPN and in the summers as a studio assistant at RCA Records in New York.

“I’d always loved folk music,” Seitz said, “singer-songwriter kind of stuff. I started hanging out downtown in lower Manhattan. There was a club there called the Speakeasy, where all the singer-songwriters came through. The ‘mayor’ of the Speakeasy was a fellow named Jack Hardy, and he had started an independent record label, just to get music out from people who were completely unknown.”

One of Hardy’s earliest releases found its way to Seitz at WXPN.

“This record came, The CooP, and I listened to it,” Seitz said, “and I was very taken by this artist Suzanne Vega, who was on the first record, or first two records. When I was in New York the next summer, I tried to figure out where this place was. I found it in Greenwich Village, got to meet Jack and Suzanne, and then I set up a small recording studio in my parents’ house in Great Neck, and just started producing artists for this CooP compilation series. We did a lot of first recordings of artists who became well known – Suzanne Vega, Shawn Colvin, Tracy Chapman – so I became known in that field.”

Even as Seitz’s career in the recording industry grew, it didn’t distract him from his pursuit of a medical career. Rather, as he graduated from Penn and applied to medical schools, his accomplishments in the studio gave him an ace in the hole, something that distinguished him from the competition.

“When I went on interviews,” Seitz said, “I had worked on a couple of Grammy-winning recordings, and I brought those around with me.”

Seitz was accepted at Stony Brook, and music was more than a second career. Its calming effect became a balm to help him handle the struggles of medical education.

“The first two years, I did struggle a lot,” Seitz said, “because I wasn’t able to memorize every nerve as easily as some other people. The big concepts came easily to me, but the micro memorization stuff I found difficult.”

As fate would have it, however, medical education at Stony Brook was about to change, and Seitz would benefit.

“I believe our class was actually either the first or second to do a systems-based approach,” Seitz said, “which was a big improvement. You really saw the relevance to what you were going to be doing, as opposed to memorizing stuff out of a textbook.”

All the while, Seitz continued to build a career in the studio, and his classmates took notice.

“They had this thing – the ‘Last Will and Testament,’ where you’d leave people things that have some sort of relevance to their lives – and I remember the class left for me a rest stop on the LIE,” Seitz said, “because I was forever going back and forth between Manhattan and Stony Brook for the first two years.”

In his final two years, Seitz moved to Queens, which offered him proximity to both his hospital rotations – which took place at Queens Hospital, Winthrop-University Hospital, and Long Island Jewish Medical Center – and Manhattan, where he continued to work in the studio.

Following his graduation from Stony Brook, Seitz practiced family medicine at South Nassau Communities Hospital and Beth Israel Medical Center, and continued to produce music as well, working with artists ranging from Bruce Springsteen to Moby to members of REM. As he continued to produce, though, Seitz felt his two worlds converging more and more, too often in the disastrous way that they did with Allen Woody.

“It seemed I was meeting more and more people who had problems,” Seitz said. “I really got into Americana music – Townes Van Zandt, Steve Earle – and they had terrible problems.”

As the music industry started to take action to address a growing problem, Seitz found that he was in the right place at the right time.

“I met Dee Dee Acquisto, who was working at the Grammy Foundation,” Seitz said, “and she was trying to help out artists who were coming to her attention with addiction issues.”

Seitz was determined to be part of the solution.

“I switched hospitals,” Seitz said. “I went from Beth Israel – which was an excellent hospital – to one which was the center of the drug problem, St. Claire’s Hospital [in Hell’s Kitchen]. There, I learned about the treatment of addiction from a couple of doctors who actually knew what they were doing.”

Still, Seitz’s mission goes beyond treating addiction. He’s also determined to help change how society views addiction, so that more people can be properly treated. Through the development of detoxification protocols and his work with Acquisto and the Grammy Foundation, Seitz is helping to drive home to the public the transformation that has already taken place in the medical community in how addiction is perceived.

“Addiction used to be viewed, especially alcoholism, as a personality weakness or a personality flaw,” Seitz said. “By doing that, you’re diminishing the individual; you’re dehumanizing them and saying, ‘There’s something wrong with you,’ or ‘you’ve made this choice,’ and that isn’t the truth. One thing that’s changed in the last 20 years, thanks to a lot of different people, but particularly Nora Volkow, who’s head of the National Institute on Drug Abuse, is that she and others clarified that this is a neuropsychiatric condition that you can actually see on brain scans. You can view this from a scientific perspective, as opposed to the way it was before, where it was a personality problem, and the solution was to pray harder. It became a true medical condition, and I think by doing that, it definitely destigmatized it.”

It also opened the door for new methods of treatment.

“Neurology, of all the disciplines, has made such leaps and bounds since I was in medical school,” Seitz said. “Maybe in a cadaver, you could look at brains, but otherwise, there was so little that you could do, and so little was understood. That’s changed, obviously, to where we know about receptors and how they’re regulated, and that led to advances in pharmaceuticals that could actually go to those receptors and have effects. That led to the development of suboxone and other medications that we use to treat opioid addiction. That change, from the ‘personality flaw’ model to the disease model – which is philosophical on one level, but is also backed up by a lot of physiological evidence – is the biggest change that I see.”

That change in perception may make it easier for those struggling with addiction to find support from friends and family, and support is something Seitz knows well from his time at Stony Brook.

“We definitely were more about helping each other as a class,” Seitz said. “We had a note service, and everyone participated, and to some extent, that did help people to regain some of their empathy that they probably lost in college just trying to get to medical school. That was a good thing about Stony Brook.”

And now, David Seitz is using the medical education he received at Stony Brook to bring more empathy into the world in the fight against addiction and help doctors hit the right “notes” with their patients.