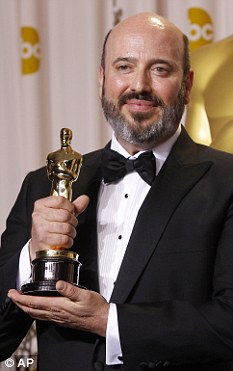 Stony Brook Theater Arts graduate Mark Bridges ’83 took home an Oscar for Best Achievement in Costume Design on February 26, 2012 in Los Angeles for his work on “The Artist.”

In an LA Times interview last December, Mark explained how he tackled the challenge of the film’s black and white palate. “With costumes, you’re always trying to tell the story subliminally … So in the medium of black and white, we used a lot of textures and high contrast when the characters were at their pinnacle and more monochromatic looks when they were down on their heels. It was all about whether there was enough separation in tone because once it goes to black and white, it’s mush. You lose definition.”

Mark’s work on “The Artist” also earned him the BAFTA Award for Best Costume Design at the 65th British Academy Film Awards in February 2012 and the Phoenix Film Critics Society Award.

After Mark graduated Stony Brook, he worked at Barbara Matera Costumes in New York City as a shopper for Broadway, dance and film projects, and also earned his MFA in costume design at New York University. Other film costume design credits to his name include “ There Will Be Blood,” starring Daniel Day-Lewis, “The Fighter,” starring Mark Wahlberg, Christian Bale and Amy Adams; “ Greenberg,” starring Ben Stiller, “Yes Man,” starring Jim Carrey, and dozens of others.

Staller Center Director and former classmate of Mark, Alan Inkles, knew he was destined for greatness in costume design. “There wasn’t a show at Stony Brook (whether he was acting in it or not) where you wouldn’t find Mark up in the costume shop designing costumes, doing fittings or sewing something together for a production. He was an absolute perfectionist in everything he did and he had such a drive and passion for the theatre…I could not be more proud and honored for Mark – he so richly deserves it.”