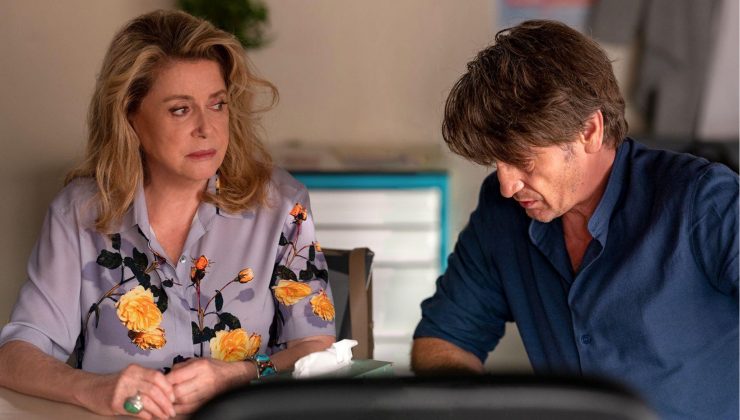 Now in its 27th year, the Stony Brook Film Festival, live and in-person this year, offers 38 films from more than 28 countries. Opening the festival will be the North American Premiere of Peaceful, starring Catherine Deneuve, Benoît Magimel and Gabriel A. Sara. A life-affirming drama about acceptance and resilience, Peaceful follows Benjamin, an acting teacher with a terminal illness, as he navigates his final months and days. The beating heart of the film comes from Gabriel Sara — a cancer specialist from Mount Sinai Hospital in Manhattan in real-life — who portrays Benjamin’s very humane specialist, Dr. Eddé. Catherine Deneuve’s powerful performance as Benjamin’s mother is unforgettable.

“This year’s festival is somewhat of a family affair, with several real-life family members making films, and members of our Stony Brook family returning,” said Festival Co-programmer Kent Marks. “Our Sunday night independent feature, the very touching This is a Film About My Mother, which was shot in Ithaca, New York, stars real-life siblings Tess and Will Harrison and was written and directed by Tess.”

The theme of family continues with the mesmerizing Korean independent film, Seokkarae. Written and directed by Mike Beech, and starring his wife, Jiwon Lee, the character-driven film depicts a quiet 20-something attempting to keep the family business going despite tough odds. Jungle is another such collaboration, written by real life partners Claudia Verena Hruschka and Kieran Wheeler, with Wheeler directing and Hruschka giving a gut-wrenching performance in this hard-hitting short from Australia. From Australia to Stony Brook, The Switcheroo is co-directed by Stony Brook brothers Ryan and Anthony Famulari. Made for next to nothing during COVID, this hilarious comedy has the brothers serving as the entire crew, with Anthony cast in the very funny role of a man and his clone. Two more co-directors are sisters Austin and Westin Ray with their UK-based quiet thriller Before Seven. The Rays, festival alums from 2014, served as directors, writer (Westin), and composer and cinematographer (Austin). Another SBFF festival alum is John Gray, who won the audience choice award for his 2020 film Extra Innings, and is back this year with the intriguing family drama The Little Drummer Boy.

Women will take center stage at this year’s SBFF, both in front of and behind the camera. SBFF’s opening and closing night features and shorts were all helmed by female directors. In all, 17 of the Festival’s 38 films were directed by women. Two films, Kitchen Tales and Before Seven, were made with nearly all-female crews. The Jackie Stiles Story and Nasima are two completely different documentaries about female athletes from the middle of nowhere — a small Kansas town and a small seaside village in Bangladesh — who both beat the odds and made a huge impact in their respective sports of basketball and surfing. There are heroines from all walks of life, whether in the New Zealand drama The Justice of Bunny King, the Israeli epic Image of Victory, the Albanian thriller Vera Dream of the Sea, or the American indie Peace in the Valley, all of which feature knock-out performances by their lead actresses.

Reflecting on current issues, two films in the festival, Olga and Berenshtein, both take place in and around Ukraine, and both are from times when the Ukrainian people faced down an oppressive regime — whether it be from the Nazis or their own government. Mila, a must-see short film on SBFF’s closing night, is a debut effort by writer/director Cinzia Angelini and made by 350 animators from 35 countries, who volunteered their services to help Angelini get her story made after all major studios turned it down. Inspired by events of the 1943 Trento bombing in Italy, this heart-warming story depicts a young girl who has lost everything but still clings to hope. The closing night feature, Lost Transport, is a powerful and deeply moving film set during the final days of World War II, uniquely told from a female perspective. When German soldiers abandon a deportation train, leaving the fate of its occupants in the hands of advancing Russian troops, three women from vastly different backgrounds set aside their differences and work together to survive.

“The diversity of filmmakers is a hallmark of Stony Brook Film Festival, with student filmmakers, seasoned pros and nine first-time directors represented this year,” said Festival Director Alan Inkles. “We are very excited to have filmmakers from all over the world join us in person this year for their premiere screenings. Our audience can gather in a huge theater with Long Island’s largest screen, to see movies the way they were meant to be seen. Not only are these films not available on any streaming format, but you also get to hear directly from the filmmakers themselves, ask them a question at our live Q&A, and even vote for your favorite.”

For 27 years, the Stony Brook Film Festival has hosted 549 filmmakers from 78 different countries, featured nearly 55 world premieres and more than 75 U.S. premieres. In total, the festival has screened almost 1,100 independent films from all over the world. The SBFF kicks off with an Opening Night Party and closes with an Awards Ceremony and Closing Night Party. Festival goers can choose from a Gold Pass, Festival Pass or Individual Pass. Passes start at $20. 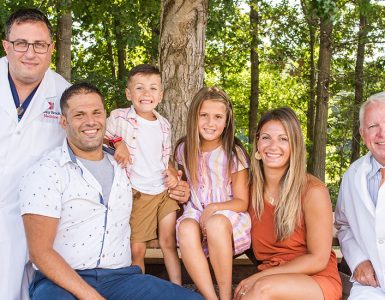