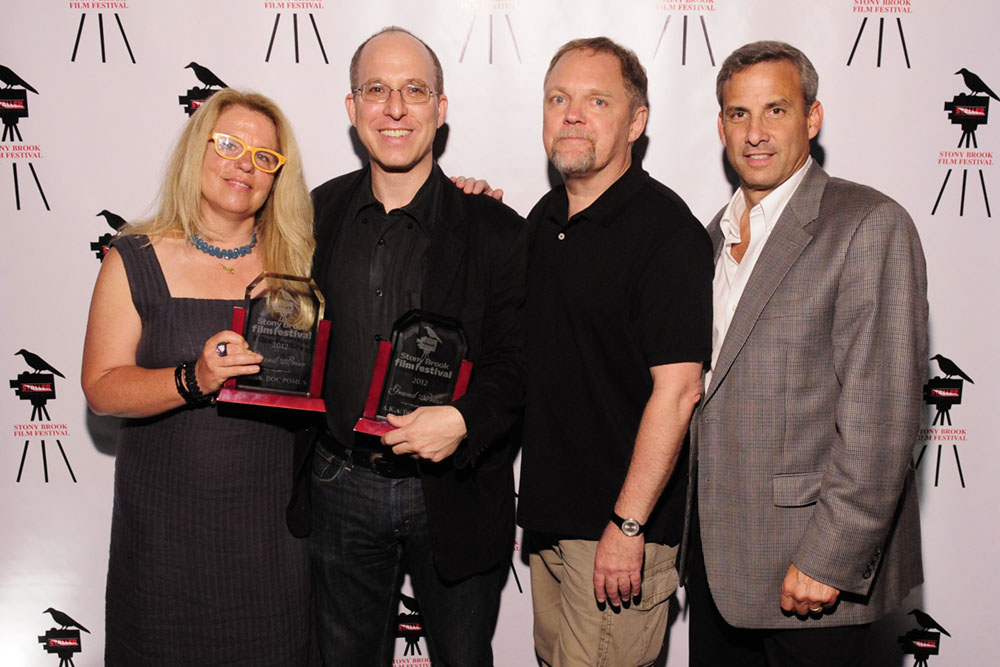 The 17th Annual Stony Brook Film Festival, produced by Staller Center, ended on July 28 with an awards reception sponsored by HBO. Film critic John Anderson served as MC. The reception followed the New York premiere of The Day I Saw Your Heart with Melanie Laurent, directed by Jennifer Devoldere.

Grand Prize: A.K.A. Doc Pomus
The Grand Prize went to the documentary A.K.A. Doc Pomus, the story of the life of Jerome Felder. Doc Pomus’s dramatic life is one of American music’s great untold stories. Paralyzed with polio as a child, Brooklyn-born Jerome Felder reinvented himself first as a blues singer, renaming himself Doc Pomus, then emerged as a one of the most brilliant songwriters of the early rock and roll era. A.K.A. Doc Pomus brings to life his joyous, heartbreaking and extraordinary journey as it features interviews with his collaborators and friends, including Dr. John, Ben E. King, Joan Osborne, Shawn Colvin, Dion, Leiber and Stoller, and B.B. King. Much of the narration is by his friend Lou Reed.

The film made its U.S. premiere at the Festival on July 23. This is the first time a documentary has been awarded a Grand Prize at the Stony Brook Film Festival.