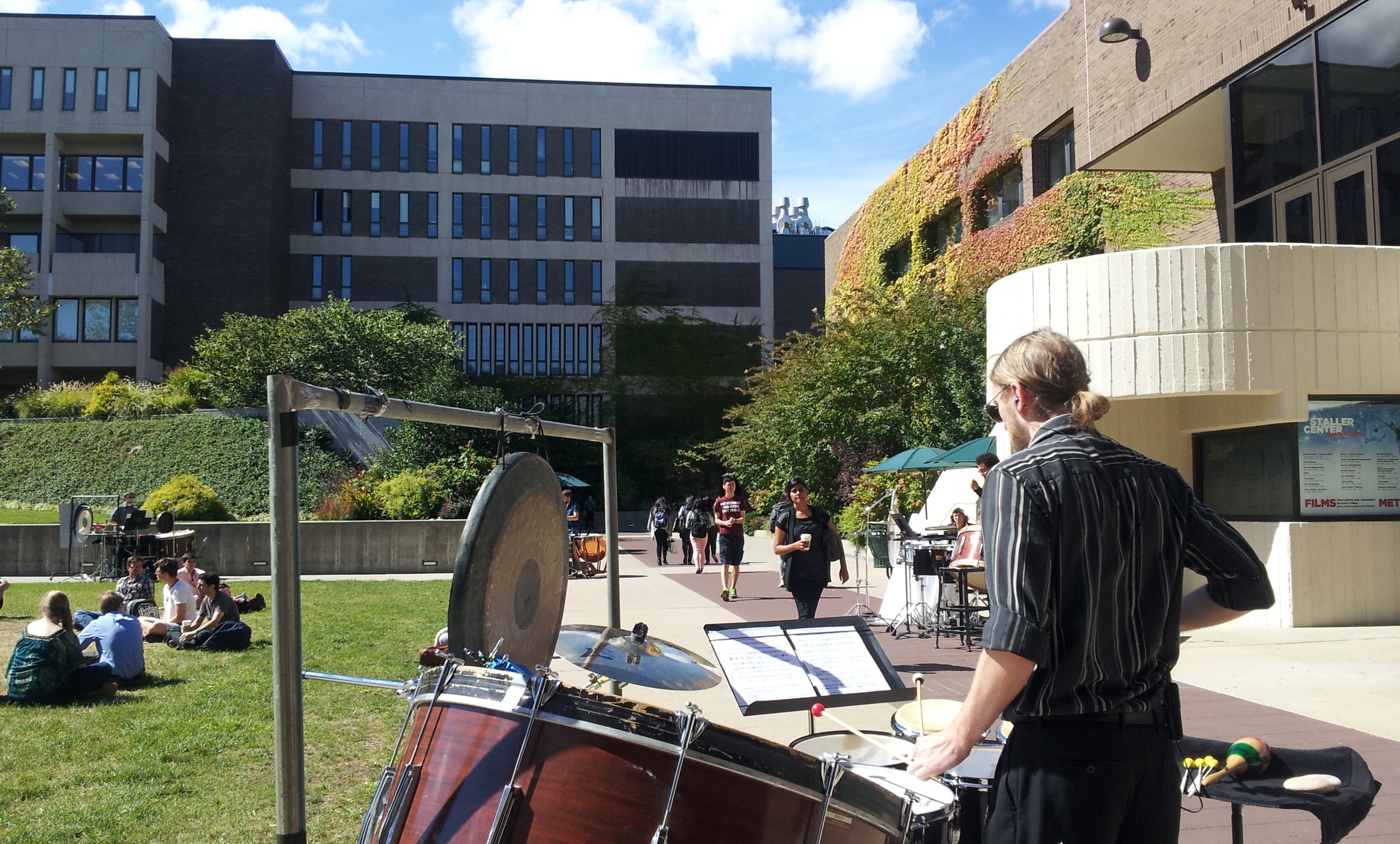 Dwindling attendance at some music and theater events has prompted the Department of Music and its students to find a new way to reignite interest in their art — if people aren’t coming to the performances, they are bringing the performances to the people.

By taking their concerts outside the walls of the Staller Center and to the busiest areas of the Academic Campus and Hospital, the impromptu musicians have tapped into potentially larger audiences.

The idea for these kinds of concerts is not unique to Stony Brook —more than a decade ago, faculty member Gilbert Kalish was one of the first to popularize small piano concerts on campus, often playing on a baby grand in the Hospital lobby. In 2006, Director of Concerts and Community Education Michael Hershkowitz arrived on campus and in 2007 started proceedings to secure a grant from the Rauch Foundation for $50,000 to help produce outreach concerts (those that do not necessarily take place in traditional settings).

The grant, which came through in 2009 and which must be renewed, enabled the department to pay music students to perform concerts that are not part of the curriculum.

“Paying them reinforces our appreciation of what they’re doing and reminds them of the value associated with preparation and a high level of performance,” Hershkowitz said.

One of the most recent of these non-traditional concerts took place on September 19, when the Stony Brook Contemporary Chamber Players performed on the Staller Steps just hours before President Samuel L. Stanley Jr., MD’s, State of the University address.

The Chamber Players performed the percussive masterpiece titled Persephassa by Iannis Xenakis. Six percussionists set up around the students. Their placement created interesting effects and sounds: at various points throughout the work, they played the same parts at different speeds. Each percussionist’s setup included conventional instruments such as drums, cymbals and gongs along with more obscure instruments such as siren whistles, thundersheets, stones and maracas.

“By being in the bright outdoors outside the usual darkened concert hall, it was easier to gauge the responses of the audience and really feed off of their energy,” said second-year doctoral music student percussionist Derek Kwan.

Hershkowitz said the Department of Music has hired a graduate assistant to help plan events throughout the year, something SBU faculty help shoulder.

And although the concerts are impromptu in that students have no idea when and where they might occur, the Department of Music has a master plan — there will be one concert per month while classes are in session, culminating with the Chamber Music Festival in May.

“It would be great to explore different venues both indoors and outdoors, from art galleries to hotels to rooftops, so that we can bring the music we love to as many people as possible,” said Kwan.