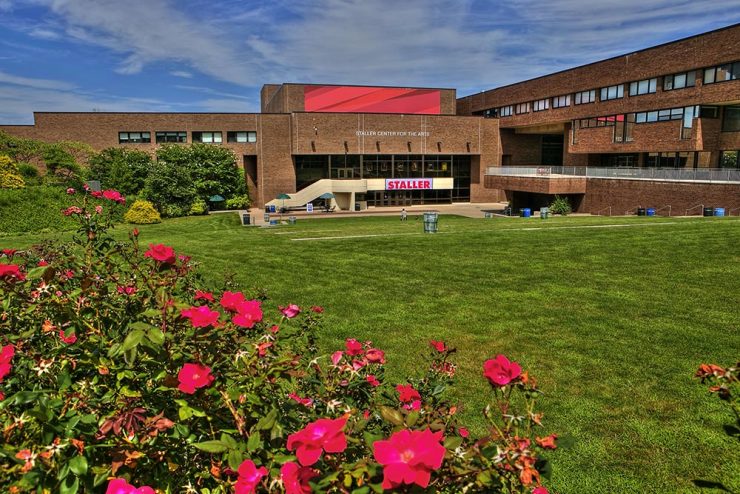 “Think about how much film, literature, music and visual arts people are consuming during their sheltering in place,” said Ken Weitzman, Associate Professor, Dramatic Writing, Stony Brook University Department of English. “What would this experience be right now without those things?”

It’s a question that most of the world is forced to consider as we cope with the current pandemic. Social isolation has a significant impact on artists and performers, and the arts in general. It’s a new reality that visual and performing arts programs across Stony Brook are working hard to confront.

“This pandemic is going to have a profound effect on the performing arts,” said Weitzman, who is also a playwright. “We’re about people gathering and creating an in-person community and experience. Obviously, that can’t happen at the moment.”

“The arts connect people,” added Karen Levitov, Director and Curator of Stony Brook University’s Paul W. Zuccaire Gallery. “Even at a time of social distancing, people are connecting virtually through the arts.”

Levitov said that there are more opportunities to see, hear and experience various forms of art online than ever before, and people are creating new ways to experience them together through social media and even in real life, such as musicians playing from their balconies and artists sharing videos of their process and work.

“I think the positive outcome of this crisis might be the recognition that there is a human need for the arts, that they are vitally important to our shared global culture and well-being,” she said.

“This virus was a real blow to the Staller Center, as it shut us down immediately after our March 7th Gala with Kelli O’Hara and Sutton Foster,” said Alan Inkles, Director of Stony Brook’s Staller Center for the Arts. “Dozens of upcoming shows have been either postponed or cancelled.”

The rest of the world followed suit just days after the Staller Center made that announcement, including The Metropolitan Opera, The New York Philharmonic and Broadway. Today virtually every theatre, arts center and movie theatre across the globe has closed its doors.

“Arts centers such as ours have the 2020-21 season mostly programmed, and we were weeks away from announcing ours when the coronavirus took hold,” added Inkles. “Now many of those shows are in jeopardy as artists and performers from all disciplines re-group to see what can be postponed to later dates.”

More importantly, said Inkles, and of the biggest concern, is the fact that these artists who play for pay are without a paycheck while the theatre lights are off.

“You know it’s real when a Tony Award-winning superstar like Kelli O’Hara speaks of worrying about paying the rent,” said Inkles. The last concert O’Hara played was the Staller Center Gala on March 7, more than a month ago.

In addition to filling an economic void, artists must also cope with a very real creative void. Levitov said that artists and art-lovers are creative people who find ways to get their art out to others. She said that many museums, galleries and artists are putting their art online in virtual exhibitions, virtual tours with art professionals and live artist talks and demonstrations.

The Zuccaire Gallery will be among that group, hosting live Salon Artist Talks with the MFA student-artists that will also be archived for later viewing on the webpage. In early May, the Gallery will launch its undergraduate Senior Show and URECA Student Art Exhibition, which will feature a slide show of the approximately 35 students’ work and a live Slide Slam of artists speaking about their work for one minute each.

“We are also creating at-home activities such as coloring pages, curate-your-own-virtual-exhibition and a mini-quilting project available on our webpage,” said Levitov.

Weitzman also notes some temporary, creative responses that are being explored.

“I just wrote a short play for Project Y, who are doing a Zoom play festival,” he said. “They put out a call for plays that are specifically written to be performed on the Zoom platform. An organization called 24 Hour Plays is producing what they’re calling ‘viral monologues’, monologues written, rehearsed, recorded and released online in 24 hours.”

“However, I should note that there’s quite a bit of debate about this given that being live is a defining feature of what theatre is,” he said.

All three cite the importance of the arts as not only a temporary coping tool, but an historical tool for documenting history’s events. 9/11 stands out as a particular moment of crisis for this generation.

“I remember throughout the season after 9/11 how many of our artists made references to the horrific event that we had all experienced,” recalled Inkles, who is also a former stage actor. “There was a feeling in our theatre throughout the year that I had not felt before and have rarely felt since. There was such a sense of community as the applause seemed louder, the laughs heartier and the standing ovations longer. Clearly the arts, the artists and the audience were affected by the 9/11 tragedy and looking back on it, I think those performances took on a very special life of their own, and it was absolutely a result of what the world had experienced on that fateful day.”

“There were plenty of plays that dealt with — and continue to deal with — 9/11, with Hurricane Sandy, with climate change,” echoed Weitzman. “The AIDS crisis and epidemic might be a better example to look at in comparison to today’s events. The play Angels in America, for example, was written in response to that, and that certainly had a profound and lasting reach.”

Levitov added: “Any time there is a crisis that affects a large number of people, there is art that comes of it — expressions of personal and universal grief, horror, dismay, and, eventually, hope and healing.”

What You Need to Know, When You Need to Know It News and Reminders for the Start of Spring Semester With this Monday, February 1, marking the start of spring semester, we want to welcome you back to what we hope and... 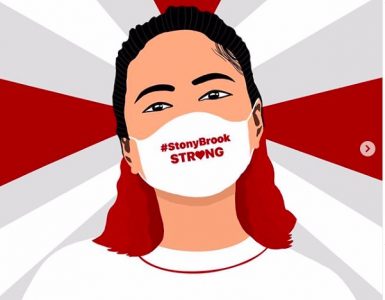 Protect yOUR Health Campaign Aims to Raise Awareness Among Students

COVID-19 presents unique challenges for education institutions as they are opening all across the U.S. Stony Brook University’s Center for Prevention and Outreach (CPO), Protect yOUR Health campaign is an initiative to...