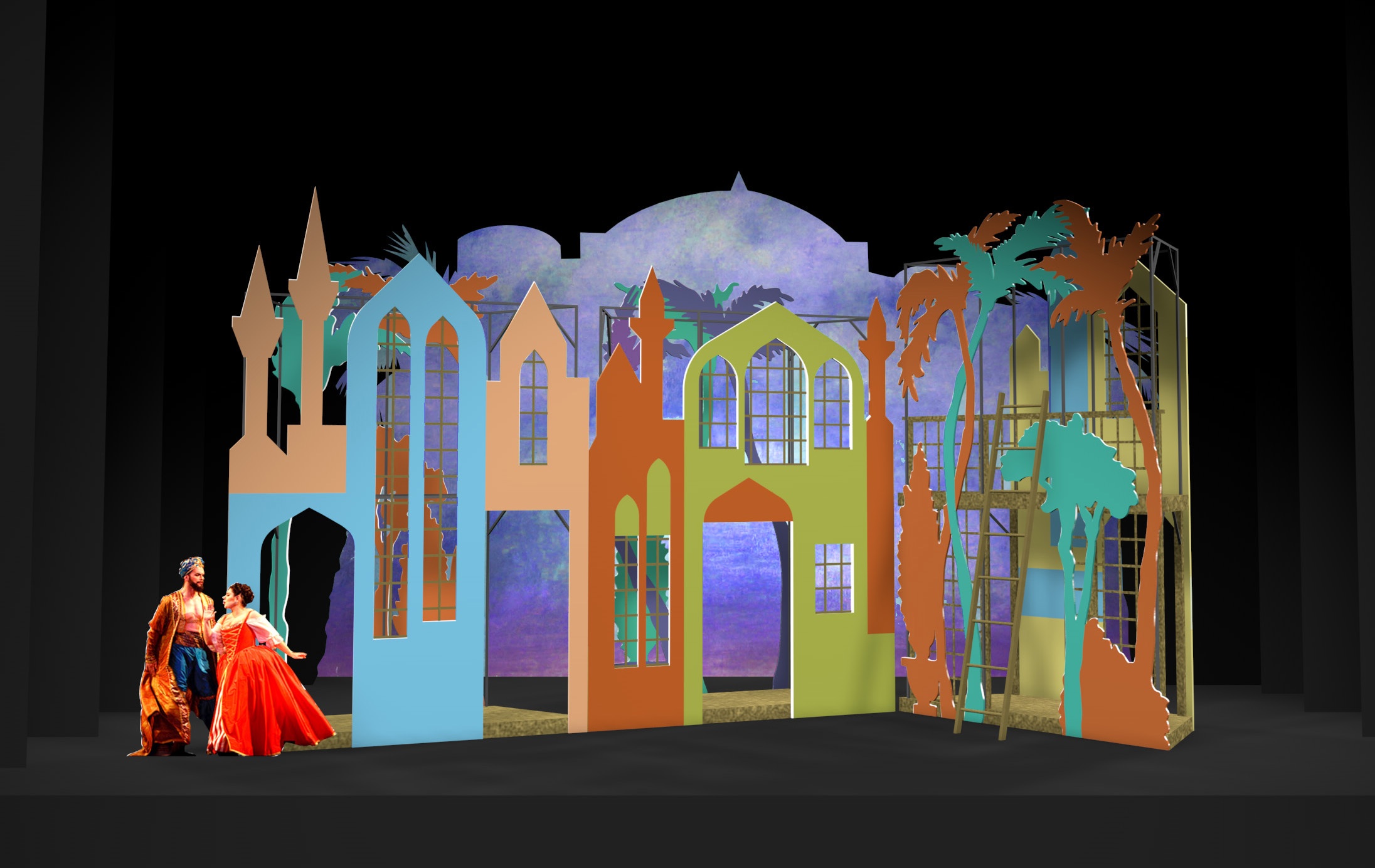 The opera recounts the efforts of the Spanish nobleman Belmonte and his servant Pedrillo to rescue their sweethearts Constanze and Blonde, who are imprisoned in a Turkish harem after a shipwreck. With this production, Stony Brook Opera completes another three-year repertoire cycle that includes one Baroque opera, one contemporary opera and a standard work. The most recent cycle began with Cavalli’s opera Eliogabalo in 2010, and continued with the double bill of Peter Winkler’s Fox Fables and Sheila Silver’s The Wooden Sword last season. The Mozart opera is the standard work in this cycle.

Die Entführung aus dem Serail premiered in Vienna in 1782 to great acclaim and immediately established Mozart’s reputation as the foremost composer of the German Singspiel, in which closed musical numbers for the singers and the orchestra alternate with spoken dialogue. In Stony Brook Opera’s production the musical numbers will be sung in the original German language with projected titles in English, but the dialogues will be spoken in English.

The production marks not only Stony Brook Opera’s return to the Main Stage after several seasons in smaller venues, but it is also the inaugural production of the Department of Music’s Center for Opera Studies. Professor Ryan Minor, who will be teaching a graduate course about this opera, will give a free pre-opera lecture in the Recital Hall one hour before each performance (7 pm on April 13 and 1 pm on April 15).

David Lawton, professor of music and a well-known opera conductor and Verdi scholar, will conduct the production, which will feature innovative staging and design concepts. The production team includes artists who are appearing for the first time with Stony Brook Opera, as well as members of teams responsible for previous Stony Brook Opera productions. Making their Stony Brook Opera debuts, Leigh Holman, who heads the opera program at the University of Colorado, will be stage director, and Peter Dean Beck will be set and lighting designer. Sarah Iams and Karin Lynn return as costume designer and hair and make-up artist, respectively.

“We are very pleased to bring back our alumnae Risa Renae Harman (DMA, 2011) and Rachel Schutz (AB, 2006) to sing the vocally demanding soprano roles of Constanze and Blonde,” said Lawton. “Rounding out the rest of the cast are our current doctoral students Andrew Fuchs and Alex Guerrero as Belmonte and Pedrillo, and Tae Suk Suh for the spectacular bass role of Osmin. All three are advanced graduate voice majors studying with Stony Brook performing artist in residence Randall Scarlata. The singers hail from prestigious schools—Julliard and Mannes School of Music among them—and are already pursing successful international opera careers.”

Tickets for Die Entführung aus dem Serail are $20 general, $10 for students and senior citizens, and are available at the Staller Center Box Office. For tickets call (631) 632-ARTS or visit www.stallercenter.com. For more information call the Department of Music at (631) 632-7330.