SB Opera and Baroque Ensemble Return to Staller This Spring 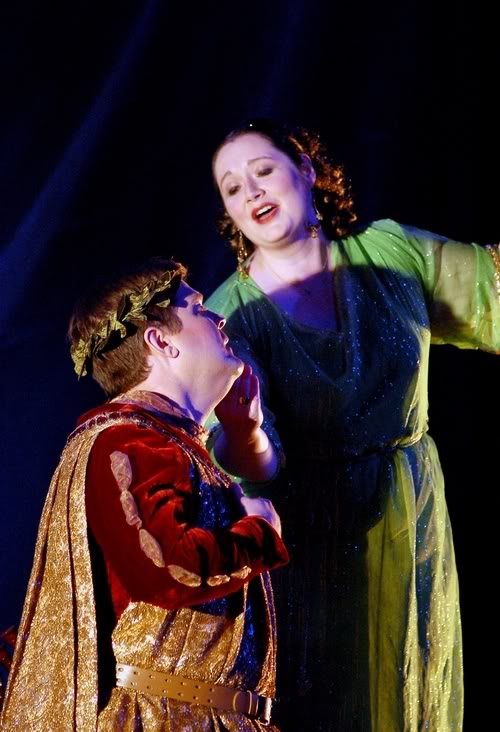 April 9 and 11 at Staller Center

Eliogabalo tells the story of Roman emperor Heliogabalus, notorious for his sexual appetites and extravagant lifestyle. With its production, Stony Brook Opera begins another three-year repertoire cycle that includes one Baroque opera, one contemporary opera, and a standard work. The most recent cycle featured Monteverdi’s Orfeo in 2007, a double bill of Argento’s and Hoiby’s The Boor and The Scarf in 2008, and Mozart’s Così fan tutte in 2009.

Eliogabalo, one of Cavalli’s last operas, was never performed during his lifetime because of political and religious censorship in Venice. Stony Brook Opera’s production will be the New York premiere of the edition prepared by Department of Music faculty member Mauro Calcagno, who has revived interest in the opera after more than three centuries of neglect, and has collaborated in the performances at the Aspen Music Festival and the Théâtre de la Monnaie in Brussels. Calcagno’s edition will be published by Baerenreiter in Germany as part of a new series of all the operas by Cavalli, directed by Ellen Rosand.

Calcagno, an expert on Italian Baroque opera, will give a free pre-opera lecture in the Recital Hall one hour before the performance (7:00 pm on April 9 and 1:00 pm on April 11). Eliogabalo will be sung in the original Italian language with projected titles in English.

Professor of Music David Lawton, a well-known opera conductor and Verdi scholar, will conduct the production, which will feature innovative staging and design concepts. Members of the production teams responsible for recent Stony Brook Opera productions of Baroque operas will be returning for Eliogabalo. Jennifer Griesbach, a specialist in Baroque movement and gesture will direct the production, and Department of Theatre Arts faculty member Jeanette Yew will design the lighting and projections. Sidney Shannon of the Metropolitan Opera returns as costume designer.

Tickets for Eligabalo are $20 general and $10 for students/senior citizens. For tickets visit www.stallercenter.com or call 632-ARTS. For more information about the performance, call the Department of Music at 632-7330.