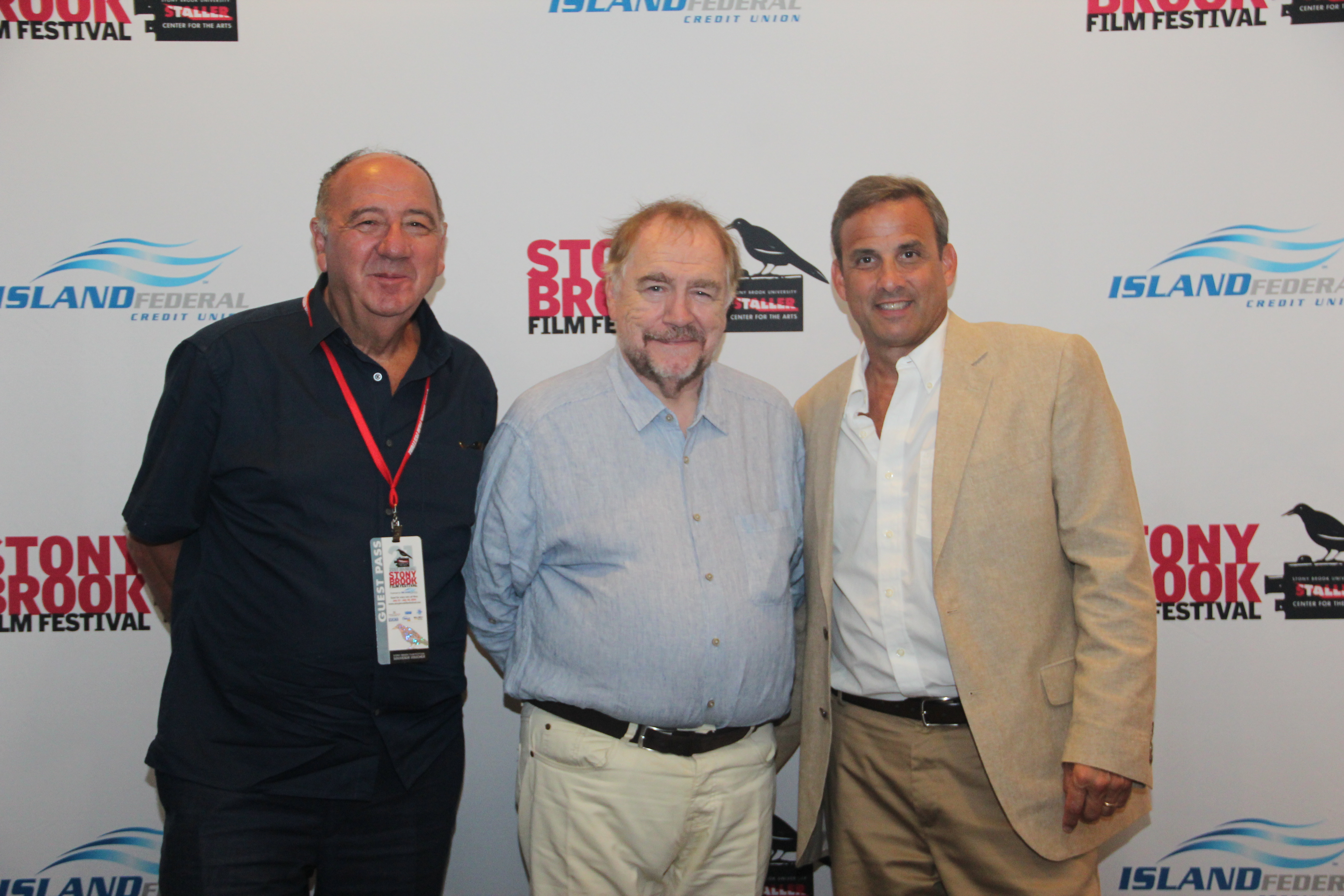 Scottish actor Brian Cox — Olivier Award and Emmy Award winning star of Stony Brook Film Festival‘s opening night feature, The Carer — was presented with the Festival’s Career Achievement Award for his work in more than 200 films and television programs and even more stage productions in England, the U.S. and around the world. In The Carer, Brian Cox, perhaps best known from the Bourne Identity films, soars in his role as an aging lion of the theater who has isolated himself and bullied his care givers.

Director János Edelényi was presented with the coveted Opening Night trophy as The Carer was selected from more than 2,000 entries to open the 21st Annual Stony Brook Film Festival.

Single tickets are on sale throughout the festival. For more information, visit stonybrookfilmfestival.com or call (631) 632-ARTS [2787].

About Brian Cox
Brian Cox is an accomplished Shakespearean actor, spending seasons with the Royal Shakespeare Company and Britain’s National Theatre, where he gained recognition for his portrayal of King Lear. He won the Olivier Award for his role in Titus Andronicus with the Royal Shakespeare Company. Cox has been in dozens of films and is best known for roles in the Bourne Identity, The Bourne Supremacy, X-Men 2, Red and Braveheart. In his many roles on television, he won an Emmy for his portrayal of Göring in Nuremberg, and he appeared in the HBO series Deadwood. Cox is a patron of the Scottish Youth Theatre, Scotland’s National Theatre “for and by” young people. Among many accolades, in 2002 he was appointed Commander of the Order of the British Empire.

About János Edelényi
János Edelényi, prize-winning director and co-writer of The Carer, has more than 40 documentaries and nine feature films to his credit, and has been a long-time contributor to Hungarian Television. He is executive director of the Tel Aviv based Prolitera Productions. Edelényi co-wrote the script and served as producer for The Long Shadow, a Hungarian-Israeli-American feature with Michael York and Liv Ullmann. The Carer is from Yellow Affair and the Hungarian National Film Fund, and was picked up for distribution right before the Stony Brook Film Festival by Corinth Films.