“Raisin’ Cane” Raises the Roof for Many at Staller Center 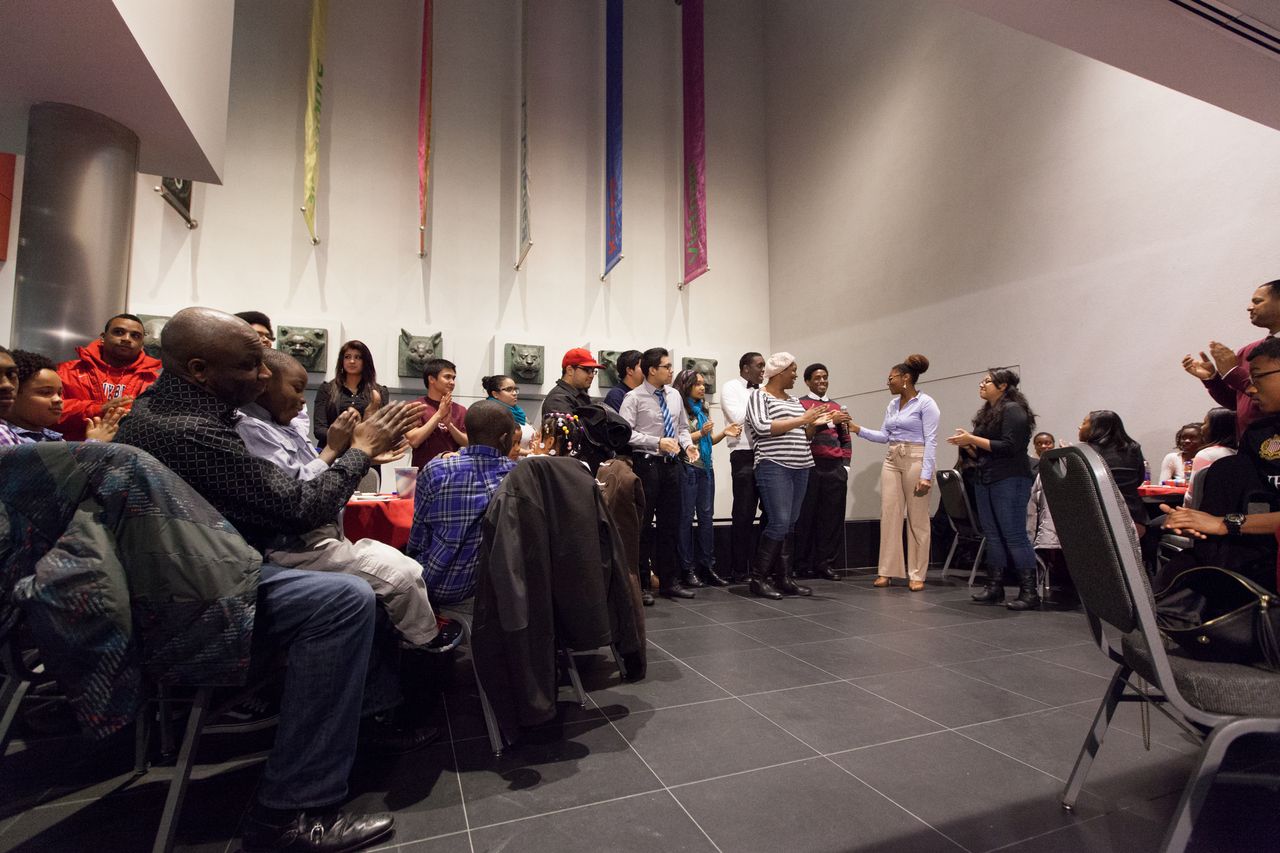 The Harlem Renaissance Tribute Raisin’ Cane — featuring award-winning actress, singer and dancer Jasmine Guy, along with the Avery Sharpe Jazz Trio — was a huge success at Staller Center on February 23, with a diverse audience of more than 800 people.

“After seeing the premiere of this show at The Apollo in 2007, I was determined to bring this Harlem Renaissance Tribute to Staller,” said Staller Center Director Alan Inkles. “It took almost six years to get the team back together, but we were able to reunite the group for a one-night special performance of this show. The audience gave a standing ovation after thoroughly enjoying the poetry, music, acting, singing and dancing that was indeed Raisin’ Cane.”

Raisin’ Cane, called a “Harlem Renaissance Odyssey,” depicts Harlem in the 1920s: a pent-up explosion of brilliant prose, poetry, politics and music of African-Americans who were ready to have their say. Backed by a superb original score, Raisin’ Cane features striking photos and paintings of the artists and inhabitants of Harlem during this period and is a unique theatrical experience.

Through Staller Center’s outreach programs, the Center was able to provide more than 350 complimentary tickets to Stony Brook University’s Educational Opportunity Program (EOP) students; two local high schools (including Brentwood, where busing was also provided to bring students to the show); The Suffolk County Chapter of Jack and Jill; and, working with the University’s Black Faculty and Staff Association, dozens of tickets were donated to local families who would otherwise not have been able to attend.

“It was important to us to make sure we were able to present this production to a diverse audience,” said Inkles. “And we also wanted to make sure Stony Brook students, local high school students and under-represented students and their families had the opportunity to enjoy and be enlightened by Raisin’ Cane.”

In addition to the tickets, Staller Center organized a reception in the Charles B. Wang Center prior to the performance for the Jack and Jill group and Stony Brook’s EOP students. The middle school, junior high and high school students were able to talk to Stony Brook students about college and other opportunities. Following the performance, both of these groups gathered in the Recital Hall with the performers, where they talked about making the show and answered questions. The students were then able to go onto the stage to talk, get autographs and take pictures.

“It was indeed a glorious night for Stony Brook and the greater community,” said Inkles.

Click here to support Staller Center and its programs.