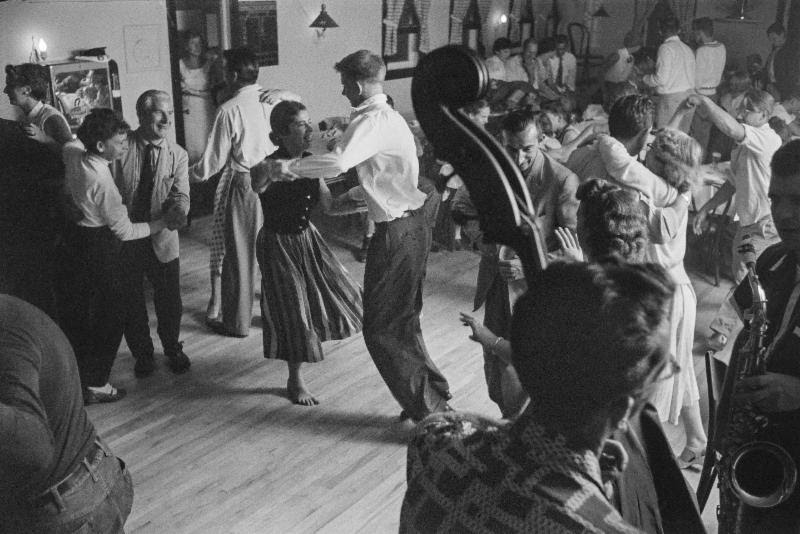 The Pollock-Krasner House and Study Center opens for the season on Thursday, May 4, with an exhibition of never-before-seen photographs by Tony Vaccaro, one of America’s most distinguished photojournalists. There will be a reception and gallery talk with the photographer on Sunday, May 28, from 5 pm to 7 pm.

In August 1953, Look magazine sent Vaccaro on assignment to East Hampton to photograph Jackson Pollock and Lee Krasner for a feature article. The piece was killed, but Vaccaro kept the black and white images, a group of which was shown at the Pollock-Krasner House in 2010.

While in the Hamptons, Vaccaro also photographed several other artists. Among the people he captured in their studios and in social settings are Willem and Elaine de Kooning — who were staying in Leo Castelli’s house that summer — Harold and May Rosenberg, Fairfield Porter, Hedda Sterne, Wilfrid Zogbaum, Larry Rivers, Alfonso Ossorio, Costantino Nivola and John Graham.

Missing for six decades, the negatives and contact sheets were recently discovered during a move. The exhibition features 20 of these images, shown here for the first time, including a previously unknown color portrait of Pollock.

Renowned for his documentary work in post-World War II Europe, Vaccaro has also photographed a wide array of notable personalities, from heads of state to stars of stage and screen. At age 94, he continues to work in his Long Island City studio, managed by his son Frank and daughter-in-law Maria, who supervised production of the exhibition prints.

Hours
The Pollock-Krasner House in East Hampton is open May through October on Thursdays, Fridays and Saturdays from 1 pm to 5 pm. Admission: adults $5, including audio guide; members, children under 12, SUNY/CUNY students, faculty and staff (with ID) free. Guided tours at noon by reservation. Adults $10, children under 12 $5. Members and SUNY/CUNY students, faculty and staff free. Call (631) 324-4929 for your coupon code.

For information about exhibitions and programs, please visit the website.