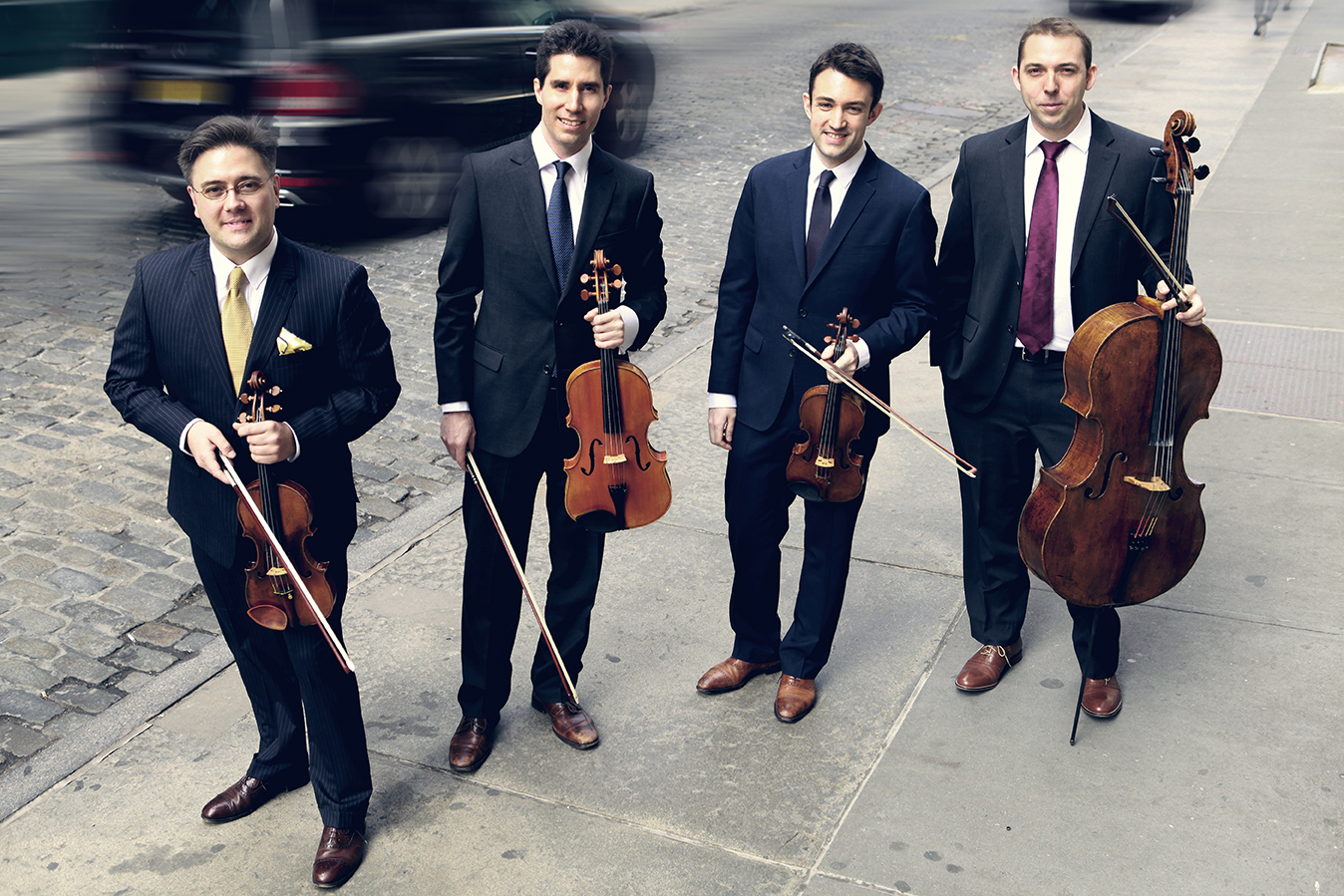 Escher String Quartet with guest artists Eugene Drucker and Allison Linker bring a unique concert to Staller Center on Friday, October 28, at 8 pm in the Recital Hall. The program includes Mendelssohn String Quartet in D Major, Op. 44, No. 1 and Bruckner’s Viola Quintet in F Major. Of special note is Eugene Drucker’s original composition, Madness and the Death of Ophelia. Accompanied by the quartet, Allison Linker, speaker/singer, plays the roles of both Ophelia and the Queen in four excerpts of scenes from Hamlet.

Escher Quartet
In its hometown of New York, the Escher Quartet serves as artists of The Chamber Music Society of Lincoln Center. A former BBC New Generation Artist, the quartet has performed at the BBC Proms in the UK has been a regular guest at Wigmore Hall. Members include Adam Barnett-Hart, violin; Aaron Boyd, violin; Pierre Lapointe, viola; and Brook Speltz, cello.

Eugene Drucker, Honorary Distinguished Professor at Stony Brook University, is a founding member of the Emerson String Quartet, which reaches its 40th anniversary this season. His composition Madness and the Death of Ophelia has been performed in New York City and at a festival in Aarhus, Denmark, with string players from Stony Brook. He will join the Escher Quartet as guest violist for the Bruckner Quintet.

Madness and the Death of Ophelia
Eugene Drucker’s Madness and the Death of Ophelia is excerpted from four scenes in Hamlet. Accompanied by a string quartet, Allison Linker plays the roles of both Ophelia and the Queen. In the first scene, Ophelia tells her father of a bizarre mute visitation from the Prince. In the second scene, after Hamlet has treated her roughly, Ophelia laments his madness. Then comes Ophelia’s mad scene — from much later in the play, after Hamlet has killed her father — in which she speaks incoherently to the Queen and King, and sings snatches of old songs. In the final scene, the Queen tells of Ophelia’s accidental death by drowning. Her brother Laertes responds, wracked by inconsolable grief.

Upcoming Classical Concerts
The next classical concert on the Staller Center calendar is Starry Nights on Wednesday, November 16, at 8 pm, with a program that includes pieces by Mozart, Gounod and Brahms. Colin Carr, cellist, is the artistic director for Starry Nights, bringing renowned musicians together for the performance.