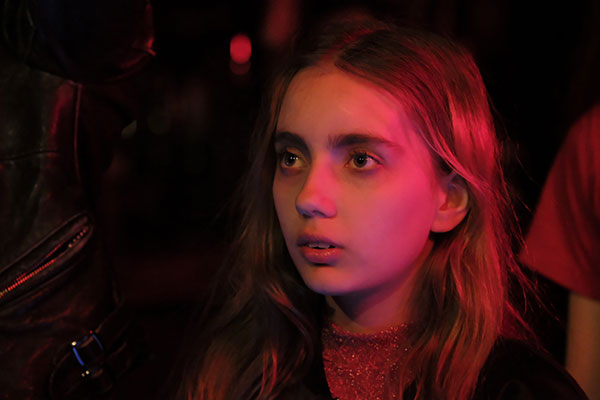 Two students from the Stony Brook University MFA in Film program have had their short films entered into two upcoming film festivals.

First-year student Jamie DiNicola’s first semester Directing I project, “Will I Say So,” was accepted to the Inside Out Film Festival in Toronto.

The film is one of seven short films on dating, parenting and spirituality that were included in the festival’s Thrive program of short films, which features “trans stories that go beyond our gender markers … asking bigger questions about the human condition.”

The Thrive series of films will be shown Friday, May 31 at 7:30 p.m. The Inside Out Film Festival takes place from May 23 through June 2.

Graduating student Kathleen Harty’s short thesis film, “Glitter,”  is being featured at the Big Apple Film Festival in New York. It will be shown in a group of nine other shorts on Friday, May 17, at 8:15 p.m. at Cinépolis Chelsea in Manhattan.

“Glitter” takes place in 1973, when, “A wonder kid meets the prettiest star. Both have magic.”