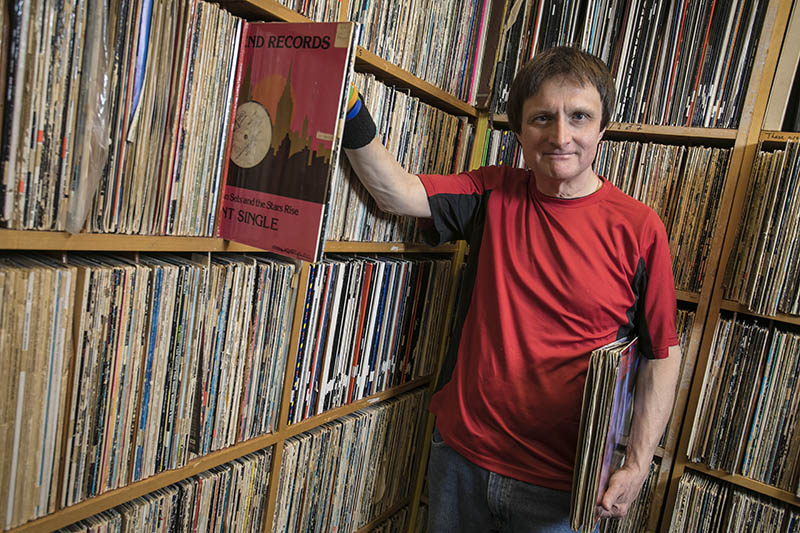 Moving an entire studio in under two months is no small task.

Couple that endeavor with a high-profile career in broadcasting while remaining a constant presence at Stony Brook University’s radio station for more than 40 years, and you have the makings of a stellar communications career.

Veteran Stony Brook radio contact engineer Frank Burgert ’80 was recently honored for these achievements as the 2018 recipient of the Tom Gibson Award for Outstanding Engineering. WUSB is the student-run, commercial-free radio station owned and operated by Stony Brook University.Tom Gibson is the Intercollegiate Broadcasting System executive vice president of engineering and technology and an IBS Board Member.

WUSB General Manager Isobel Breheny-Schafer accepted the award on Frank’s behalf in March at the 79th Annual International IBS Media Conference and Awards Program in New York City. College stations throughout the country are nominated and presented with awards in a number of categories each year.

“I didn’t expect to receive this award at all and the national recognition is certainly a humbling honor,” said Burgert, who was instrumental in moving the radio station on campus from the old Stony Brook Union to its new, state-of-the-art home in Kelly Quad. “I’m glad this was recognized as one of the primer facilities in the country, especially since it is non-commercial radio.”

Burgert first came to Stony Brook in 1976 as a student when he transferred from Hofstra University to continue his degree in electrical engineering. He has been a fixture at the radio station ever since. Since 1988, his full-time gig has been at Viacom, where he is now the lead design engineer for MTV Networks, responsible for the transmission, encoding and encryption for about 140 television networks.

In spite of the demands of his full-time duties at Viacom, Burgert still manages to pull a 12-hour Saturday shift and two night slots a week with WUSB. His responsibilities at Stony Brook involve regularly maintaining and tuning the transmitter in Farmingville and the translator, a low power service on the FM broadcast band (88 to 108 MHz) that complements the primary FM service on top of the Chemistry Building. Frank was also active in securing a prime location for the transmitter on Bald Hill. His duties also include seeking donations from major production and technology companies for studio equipment.

In the 1970s and 1980s Burgert hosted his own Monday morning drivetime show for WUSB and still develops and records the occasional station identification and promotional material. More recently, Burgert worked with an antenna installation company to fit the new translator antenna on the roof of the Chemistry Building.

“We would not have the station running as efficiently as it is without his guidance and helpful oversight on some of the projects, because we simply could not have afforded to pay anybody else for the work that Frank is doing,” said Isobel Breheny-Schafer, general manager of WUSB. “We would have had to hire assembly teams and outside engineers to consult, so he’s just been invaluable and irreplaceable to the University and he definitely deserves this national award.”

“In addition to being a masterful radio broadcast engineer, Frank brought to his job the ability to work with students and teach highly technical concepts in a user-friendly manner,” said Norman Prusslin, lecture and director of the Media Arts minor at Stony Brook, who served as WUSB’s founding general manager from 1977 to 2006.

“Frank has been the driving force behind many of the radio station’s studio and transmitter expansion projects and his ability to stretch every dollar on technical purchase needs has allowed the station to maintain an exquisite broadcast facility,” Prusslin said.

Burgert now looks forward to a file conversion project targeting the station’s full compact disc library, which he estimated to contain between 800,000 and one million audio tracks. The collaborative efforts of more than 150 volunteers throughout the campus and Stony Brook’s neighboring community maintain and operate the radio station.

“The big thing that keeps me at Stony Brook after all these years is the ability to do what I want to do, — within FCC guidelines of course,” Burgert said. “Being able to do what we do with a very limited budget wouldn’t be possible without all of these volunteers and we owe everything to them.” 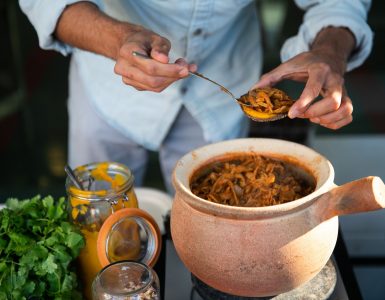