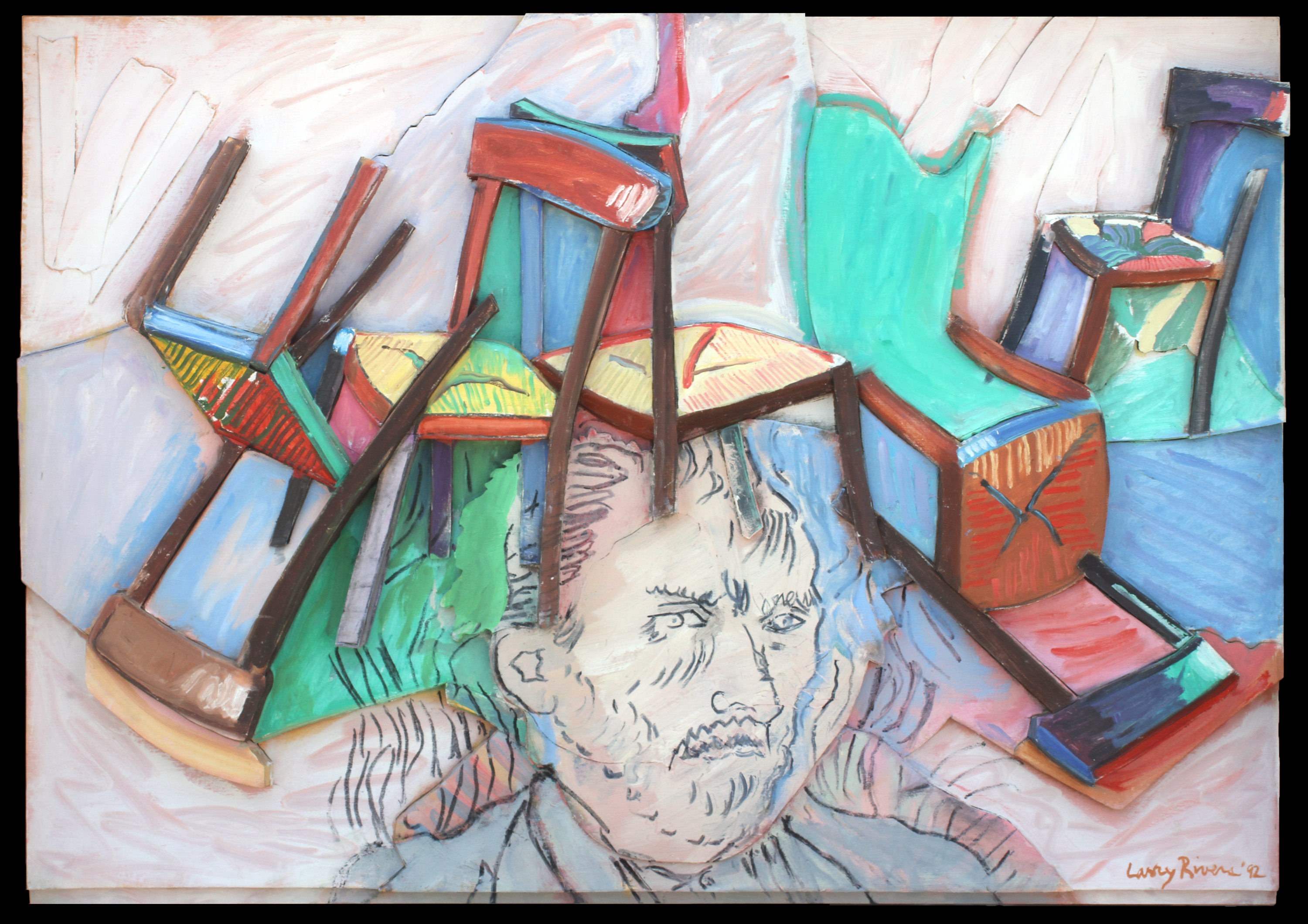 The exhibition showcases 11 large-scale, three-dimensional relief paintings in which Rivers appropriated famous artists and their work. Also included are eight collaborative drawings; “Stones,” a series of lithographs on which Rivers collaborated with the poet Frank O’Hara, and two experimental films by Rudy Burckhardt that feature Larry Rivers as part of a performance ensemble with other artists and writers including Jane Freilicher, John Ashbery and Fairfield Porter.

Born Yitzroch Grossberg in the Bronx in 1923, Rivers began his career as a professional jazz saxophonist in 1940. He became interested in visual art while studying music theory and composition at the Julliard School of Music and began studying painting with the artist Hans Hofmann in 1945. In 1951, he received his BA in art education from New York University.

In the ensuing five decades, Rivers explored a vast range of subject matter in his painting, ranging from portraits of friends, family members, artists and film stars to such historical topics as the Russian Revolution and the plight of the Jews in Europe. He was actively involved with a major retrospective of his work at the Corcoran Gallery of Art in Washington, D.C., which was presented a few months before his death in 2002.

The work of Larry Rivers has been exhibited and collected widely throughout the world. His paintings are included in the collections of such major museums as the Metropolitan Museum of Art, the Museum of Modern Art, the Whitney Museum of American Art, the Solomon R. Guggenheim Museum, the de Young Museum, the Centre Georges Pompidou and the Tate Gallery.

The 2012-2013 University Art Gallery exhibition program is made possible by a generous donation from the Paul W. Zuccaire Foundation. Additional funding has been provided by the Friends of Staller Center.