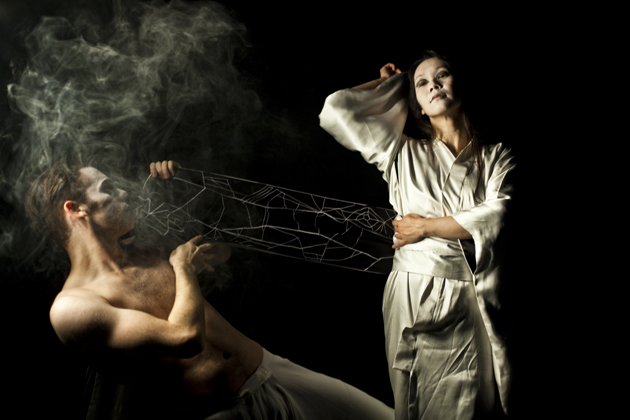 The award-winning “Dreams in the Arms of the Binding Lady,” a physical storytelling based on the Japanese legend of a Jyorogumo (Binding Lady), will be performed at the Charles B. Wang Center Theater on Saturday, April 27, at 8 pm. The show is a fusion of Japanese physical theatre, unconventional puppetry/mask and chanting. It was commissioned by the Embassy of the United States in Peru and premiered in Danza Nueva, Peru. Most recently, it was performed at the Kennedy Center for the Performing Arts in December 2012.