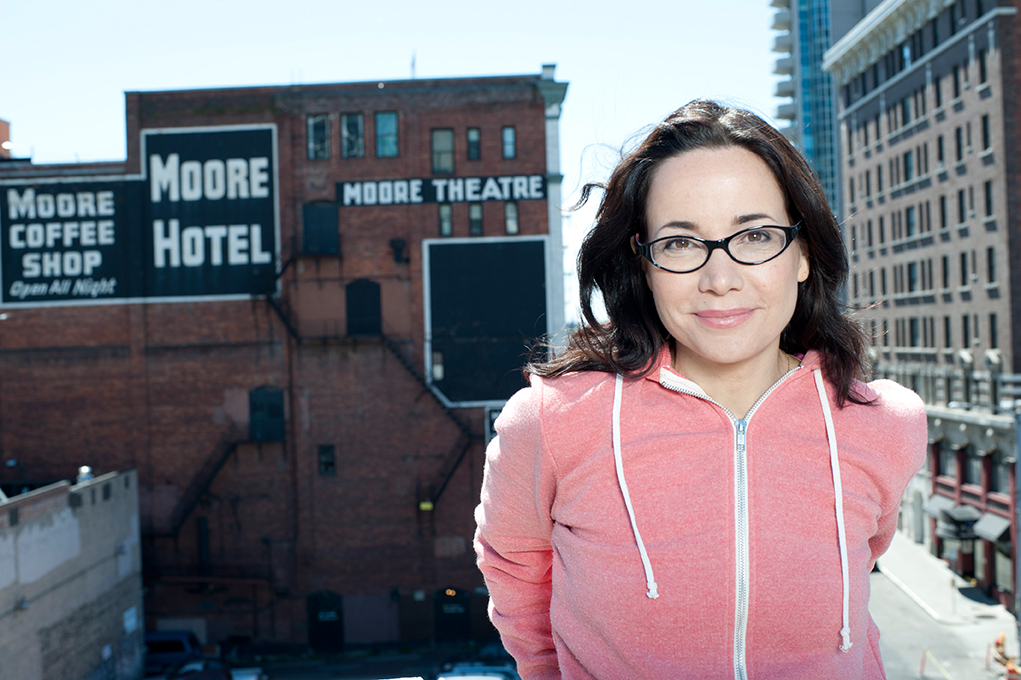 Janeane Garofalo takes the Staller Center Recital Hall stage at Stony Brook University for two performances on Saturday, November 5, just in time for Election Day. Known for her acerbic wit and deadpan cynicism, Garofalo’s 8 pm show sold out soon after it was announced. Staller Center added a second show at 10:30 pm. Tickets are available for the 10:30 show for $42 at stallercenter.com or at (631) 632-ARTS.

Garofalo burst on the scene in 1992 and is known for memorable and critically acclaimed roles in film and television. Films include The Truth About Cats and Dogs, Dogma, Wet Hot American Summer, Ratatouille, Reality Bites and more recently, Little Boxes. Television appearances include “The Ben Stiller Show” and “The Larry Sanders Show,” “The Jim Gaffigan Show” and “Girlfriends’ Guide to Divorce,” among many others.

A lightning rod for controversy, Garofalo’s unflinching honesty has inspired laughs as well as striking a chord with the left, right and everyone in between. Garofalo was instrumental in launching the liberal radio network, Air America Radio, where she hosted her own talk show, “The Majority Report.” Audiences should be prepared for some much needed comedy and Garofalo’s well-informed opinions.