IronWorks on the Edge to Perform November 7 and 8 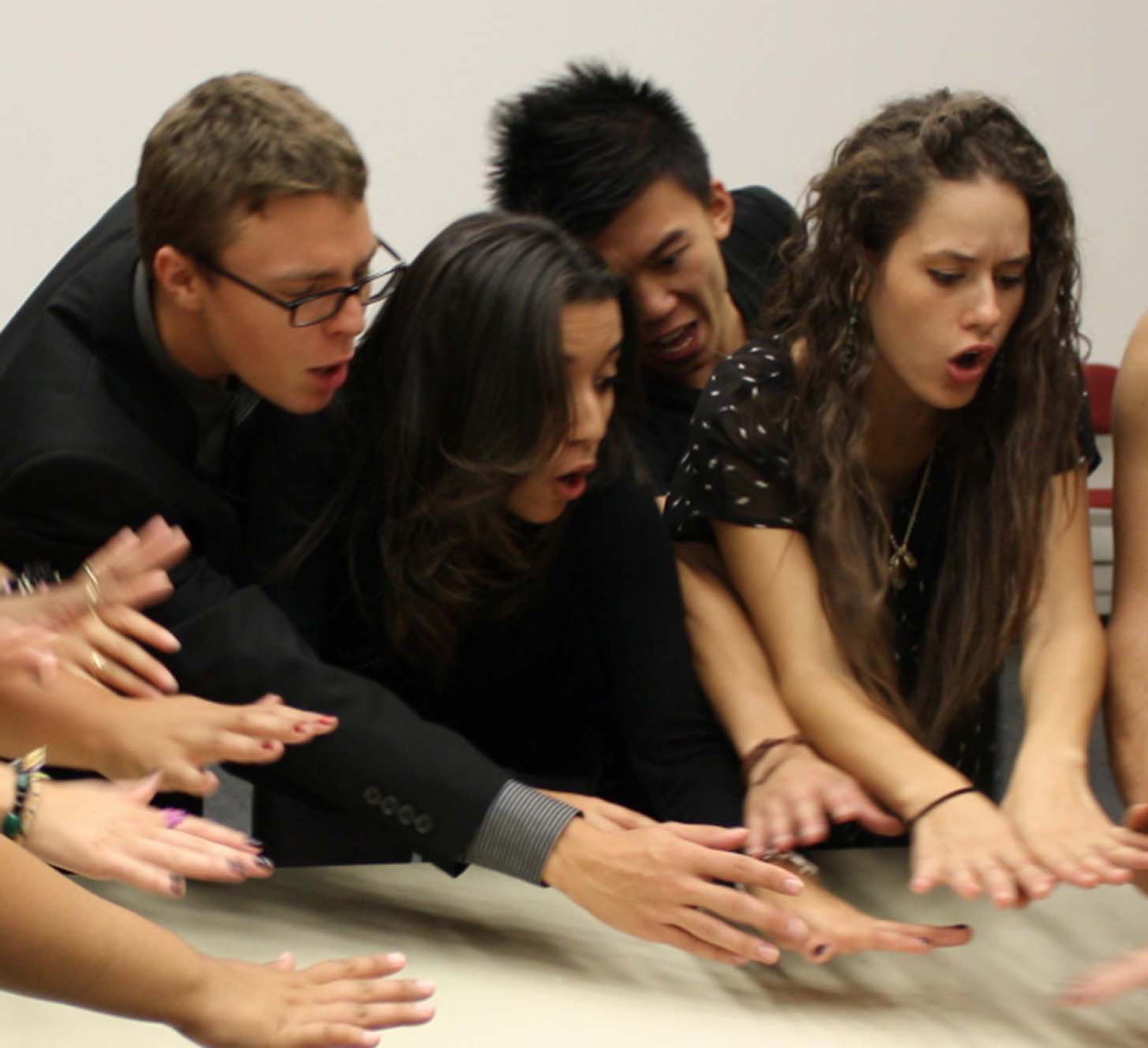 The Center for Dance, Movement and Somatic Learning at Stony Brook University presents two new and original works, The Table Where We Met and When the Hedges Fall by IronWorks on the Edge, a resident performance company based at the University. The performances, sponsored by The College of Arts and Sciences; The Center for Dance, Movement and Somatic Learning; Faculty in the Arts, Humanities and lettered Social Sciences (FAHSS); and the Charles B. Wang Center, will be held at the Wang Center Theatre on Wednesday, November 7, at 1 pm and 8 pm and on Thursday, November 8, at 8 pm.

IronWorks, under the direction and work of Artistic Director and Choreographer Amy Yopp Sullivan, is dedicated to exploring movement, dance and physical performance in collaboration with film, media, technology, health, music, theatre and visual art. University students have opportunities to work alongside professional artists as performers, interns, research assistants, understudies, stage managers and numerous other roles in supporting and developing creative and imaginative performance.

The upcoming performance will focus on collaborations with music, set design, and lighting in front of the large, expansive windows in the Wang Theatre overlooking the bamboo gardens. The creative process has explored body-mind narratives, built from “The Babel Technique,” developed by faculty member Amy Yopp Sullivan, for the purpose of enhancing physical connectivity, sensation, investment and “meaning-making” in performances of all kinds.

When the Hedges Fall
This project features undergraduate performers Scott Petersen and TayLa Littles in an allegory about the curious molting process of a “Birdman” and a “Chickenwoman.” The work is set to three movements of “Brahm’s Requiem” and a musical prelude by composer-in-residence Max Duykers, with set and lighting design by David Ullman from the Wang Center.

The second movement of the Hedges work was supported by an FAHSS individual grant at SBU in 2010, created with dance artist Todd VanSlambrouck and performed at Ohio State University. Both works will be developed further as repertory works for the IronWorks Company, with media and film added at a later date. One of the new movements of When the Hedges Fall is slated for an adjudication performance at the American College Dance Festival, Northeast Region, in March 2013.

Ticket prices are $5 for seniors and Stony Brook students; $10 for faculty, staff and non-SBU students; and $15 for community members. Tickets will be available one hour before each performance, payable by cash or check. For more information, contact Amy Yopp Sullivan at (631) 632-7392.

Hispanic Heritage Month at Stony Brook University concluded on Monday, Nov. 1, with its 32nd annual awards and dinner, and a closing ceremony that featured Alejandra Castillo ’92, who was sworn in as U.S. Assistant...