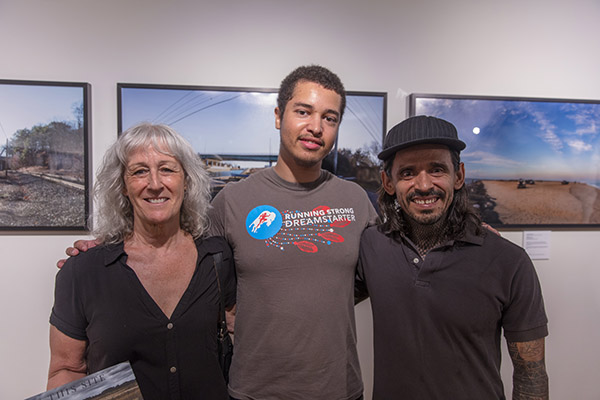 Hear Jeremy Dennis ‘13 speak about his art on Wednesday, September 20th as part of the “Race, Love and Labor” exhibition at Stony Brook’s Zuccaire Gallery.

Fine art photographer, Stony Brook alumnus and Shinnecock Nation member Jeremy Dennis ‘13 uses his creativity and craft to send a strong message to Americans of all origins — that indigenous people, their places and their culture deserve true representation in our postcolonial country.

“My work is about improving our perception of indigenous people — both their identity and their history,” Jeremy said. “Art is so important because you can talk about anything through a visual medium, and people will interpret it as a question rather than an offense. You don’t prosecute people, but instead propose ideas and questions.”

Some of his work includes a photo series inspired by indigenous oral stories and mythology, a wearable mask of the controversial Washington Redskins logo, an installation of oversized examples of indigenous cultural misappropriation in pop culture, and “On This Site,” an interactive photo project exploring Long Island locations of indigenous cultural importance.

“I focus on the history of indigenous people of Long Island, and the site-specific history of archaeological and sacred sites to find where we lived in prehistoric times, and the events that lead to current problems or perceptions of who we are,” Jeremy said.

The power of Jeremy’s work is palpable — it would be difficult to view his work without feeling his intention, which may explain the success he’s found as a young contemporary fine artist. With four residencies, more than a dozen exhibitions, and several awards and publications, Jeremy is pursuing the path many artists wish to find.

“Receiving a residency at CPW affirms the importance of my work and its message,” Jeremy said. “The CPW residency is an honor, and being the first to represent the Shinnecock Nation there is inspiring.”

An earlier inspiration for Jeremy was earning his bachelor’s degree in Studio Art at Stony Brook, where he spent two years experimenting with a variety of mediums before somewhat settling on photography as his forte.

“My faculty mentors Andreas Rentsch and Isak Berbic and the great facilities at Stony Brook encouraged and allowed me to explore printmaking, painting, drawing — I tried it all, and eventually found that I wanted to draw people photorealistically,” Jeremy said. “Photography lets me skip the mistakes my own hand makes and accomplish my goals faster.”

Equally as important to Jeremy’s artistic growth at Stony Brook are the spaces on campus where he and other student artists can exhibit their work.

After Stony Brook, Jeremy went on to earn his Master of Fine Arts at Penn State. Next, he plans to apply for jobs, potentially teaching at the undergraduate level, while still pursuing personal art projects including a recent trip to Maine to shoot portraits of people appearing in a groundbreaking documentary titled “Dawnland,” which follows indigenous people taken away from their families for profit in the foster care system.

“I want to change the way our society views indigenous people, from a simplified to complex culture,” Jeremy said.

Challenge your perception — explore Long Island’s indigenous history, visit Jeremy’s website, and attend his talk on September 20. Your native neighbors will appreciate it. 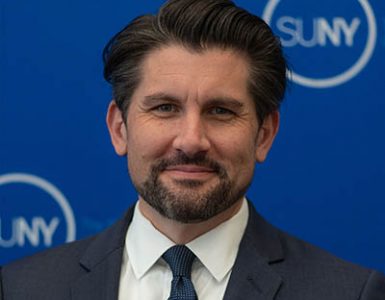