From Pens to Podcasts: Southampton Campus Innovates the Language of Storytelling 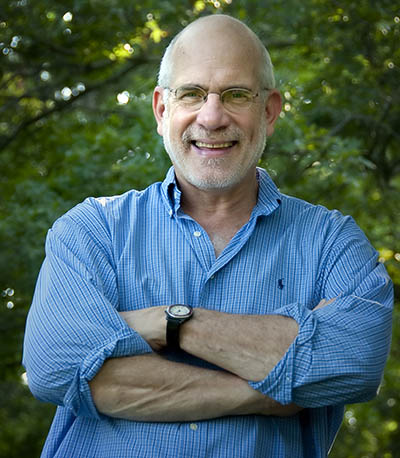 This week aspiring novelist Emily Gilbert of Amagansett will be getting news she’s been striving toward for a year.

“I’ll be meeting with an agent who will give me feedback about my literary novel,” said Gilbert, who earned her MFA in creative writing and literature at Stony Brook Southampton Graduate Arts in 2015. “I’ve been working on it under the mentorship of novelist Scott Cheshire, who has given me really good and solid advice.”

Both Gilbert and Cheshire are among the 150 professional and aspiring writers appearing on the Southampton campus July 11 for the 43rd Southampton Writers Conference, as well as the Children’s Literature and Theatre Conferences. They’ll participate in the vibrant Southampton Arts community within Stony Brook University (SBU), which brings together graduate programs in creative writing, children’s literature and film. Participants enjoy workshops and lectures with writers such as Billy Collins, Cornelius Eady, Sharon Olds, and Roger Rosenblatt with an emphasis on improving their own storytelling skills.

But the conference is just one part of what Associate Provost Robert Reeves calls “an arts colony for credit,” which has focused on creating entrepreneurial opportunities since the campus became part of SBU 11 years ago.

“In addition to the MFA in creative writing and literature, the school offers the only [State University of New York] MFA program in film, which recently added a television writing component,” he said. It’s also home to the Young Artists and Writers Project, a mentoring program for hundreds of Long Island middle and high school students, and The Southampton Review, a literary journal founded in 2007 that has won two Pushcart Prizes. Gilbert is the journal’s managing editor.

In the past year, the East End campus has added two programs specifically designed to help writers get their stories out into the world, whether through print or podcast. BookEnds, created by novelists and Southampton faculty members Susan Scarf Merrell and Meg Wolitzer, is a non-credit program to guide writers such as Gilbert as they revise and polish novels-in-progress, bringing them to fully realized form. In addition, the unique Audio Podcast Fellows program is the first to offer training in creating podcasts. The innovative program is run by Kathleen Russo, special projects coordinator for the University and producer of the podcast/radio show “Here’s the Thing” with actor Alec Baldwin.

According to Reeves, both programs meet the demands of an ever-changing professional landscape in search of quality creative content. “One way the University accomplishes this is by recognizing that writers can’t afford to be naïve about how publishing works if they care about their art,” he added.

BookEnds
The idea to help recent MFA graduates take their novels-in-progress that extra step came from Merrell and Wolitzer, an idea born from their own experiences. Wolitzer is the author of several acclaimed novels, including the recently released The Female Persuasion. Merrell, program director of BookEnds, has authored several short stories and essays, as well as three books, including the novel Shirley: A Novel.

“We know that sometimes you may not be ready when you’re supposed to be ready,” said Wolitzer. “You need a little more time and guidance, and we’ve been helped so much in our writing by being able to talk to one another about our work.”

The intensive program, now completing its pilot year, offers fiction writers one-on-one mentoring with Wolitzer and Merrell, as well as with other established authors, such as Cheshire, Ursula Hegi, Amy Hempel and Frederic Tuten. In addition, BookEnders work with their peers in “pods” of three.

“Each pod member is grouped according to what we know about them and their books, personalities, histories and working styles. They team up on all three books for the year, and hopefully as writing support for life thereafter,” said Merrell, who is also the director of the Writers Conference and a professor in the MFA in Creative Writing and Literature Program.

“I knew that after I graduated with my thesis, in order to attempt to get published, I needed structure and deadlines,” said Gilbert. “As a member of the pilot BookEnds program, I got really good feedback from my peers and mentor and found the structure helpful.”

Gilbert and her fellow BookEnders are convening at the conference to work with Wolitzer and Merrell this month. The six students will attend the first three days, during which they will be deputized as sponsors for the new class and meet with literary agents who have read their books, as well as their mentors.

Meanwhile, the 2018–2019 class of nine BookEnders will be on campus for 12 days to begin their program.

“The whole structure is that you learn to become your best editor, learn to identify what you’re trying to do and the mistakes you naturally make, and look critically at your own methodologies,” said Merrell. “They touch on this in graduate school, but you have to get through the process of drafting a thesis before you can even begin to think about these issues.”

Audio Podcast Fellows
For those who have a story to tell through podcast (a digital audio file made available on the Internet for downloading), the timing couldn’t be better for the new audio podcast fellows program that begins August 30.

“I’ve been working on Alec Baldwin’s podcast for seven years and when we started there were only about 100. There are around 525,000 podcasts out there now,” said Russo. “Our fellows program serves a need in that there’s a real shortage of staff to meet this demand. And since we need to have good content, we need good writers.”

Russo said there are no majors in podcasting being offered, so she decided to create what she calls “a yearlong boot camp for podcasting.”

The program provides a year of advanced, hands-on training to introduce students to the most current information on every aspect of audio podcast production, from storytelling and writing, to audio editing and sound, to marketing, production and distribution. Initial classes will focus on the need to have a good story to tell, with guest lecturers who are experts in their field, such as Catherine Burns, artistic director for the live storytelling radio program “The Moth.”

“I’m thrilled to be one of the inaugural guest teachers at Stony Brook Southampton’s new audio podcast fellows program,” said Burns. “There’s never been a better time to get into this field.”

Students focus on the technical side with guest lecturers such as Emily Botein from WNYC. Throughout the program, they take advantage of two Stony Brook locations. Classes will be held in the Center for Creative Writing and Film at 535 Eighth Ave. in Manhattan, and high-tech recording will be done at the newly renovated David Rakoff Studio on the Southampton campus. The goal is for every student to have a podcast ready to launch on WSHU next year and then on iTunes and Apple.

“As far as I know, we’re the only university to offer a yearlong course like this,” Russo said. There is currently such a long waitlist for the 2019–2020 year that she’s considering doubling the size of the class to have 12 fellows in the city and 12 in Southampton.

“I felt like it was something that was needed, and since I’m associated with this university, it seemed the perfect place to start,” said Russo. “It’s all about being on the cusp of innovation. Even though podcasts have been around for about 10 years, no one else has tried to form a class to be taught so you could actually walk away with a job in podcasting as an editor, writer, producer, or even a host.”

‘The future of storytelling is not about technology, but about sensibility, about what you have to say,” added Reeves.  “For artists who have a story to tell, Southampton is a wonderful place to be.”

“Research can be stressful, frustrating, demanding, and even overwhelming in the beginning,” cautions undergraduate researcher Marcia-Ruth Ndege ’21. “Even then, you should definitely stick around because, after the... 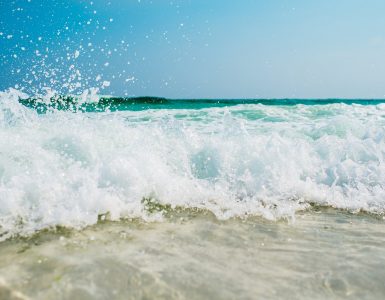 Save on Summer Fun with Alumni Perks

No matter what you have planned, you can make the most out of summer by taking advantage of exclusive discounts and benefits available to Stony Brook alumni! For your leisure: Enjoy a day out with discounted alumni...

Thinking of buying or selling your home? The Alumni Association in partnership with Meyer and Associates has expanded its alumni benefits program together with the design of a new, and unique alumni Real Estate Perks...