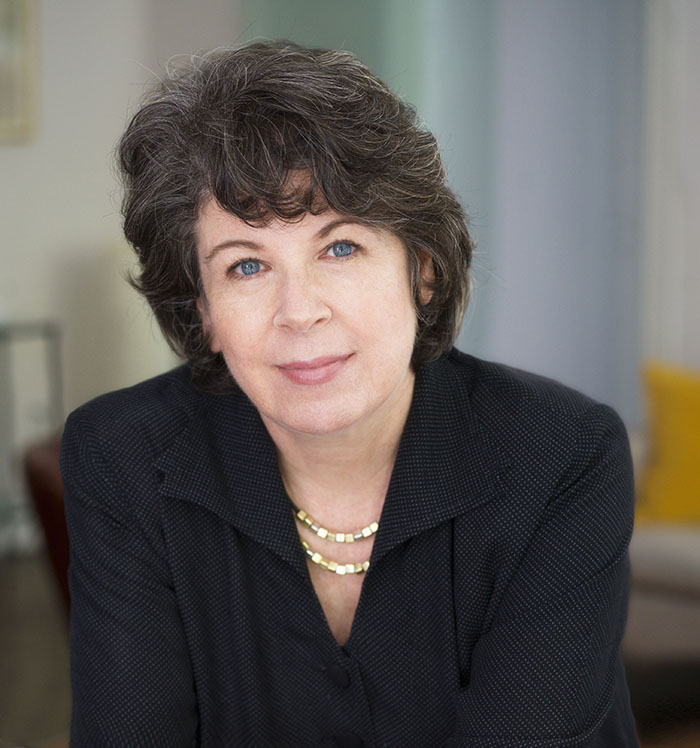 The Female Persuasion, the newest novel by New York Times-bestselling author Meg Wolitzer, was released this spring into a world very different from the one she imagined when she started writing it four years ago.

Wolitzer, who’s also a Stony Brook Southampton MFA faculty member, said she had anticipated a different outcome of the 2016 election. Also, at the time she penned the novel, the #MeToo movement didn’t yet exist. Yet both real-world events have made her story of Greer Kadetsky, a female college student angered when a frat boy gropes her, and Faith Frank, the feminist mentor Greer idolizes, seem like a prescient look at the complexities of gender and power that are dominating the current news cycle.

The Female Persuasion isn’t Wolitzer’s first novel to receive acclaim. Her 2013 book The Interestings was called a commercial breakthrough, and her 2003 novel The Wife has been made into a movie starring Glenn Close and will be released in August. She is also the author of the young adult novel Belzhar. In addition, a middle-grade novel she co-wrote with Holly Goldberg Sloan, To Night Owl from Dogfish, is coming out February 2019.

Wolitzer, who lives in New York City, has been associated with the Southampton campus for 10 years as a faculty member. She is also a participant in the annual Southampton Writers Conference and is the co-founder of the University’s BookEnds program.

In the following interview, Wolitzer discusses her work with Stony Brook, life as a novelist and the reaction to The Female Persuasion.

The Female Persuasion is getting a lot of attention because its release coincides with the #MeToo movement and deals with related themes. Are you surprised by the response?

You never know what the response will be. It’s gratifying that people want to talk in depth about a novel because we live in such a nonfiction world. What I mean by that is that the world is so chaotic and anxious now that we’re all thinking about what’s actually happening. So it’s nice to find people engaging with a novel.

The themes of assault and harassment have existed for a long time. The ideas explored in this book — female power, misogyny, making meaning of the world — are all things we’ve been thinking about for a really long time, and I’ve written about feminist ideas for a long time, too. My novel The Wife deals with male and female power, among other things, and that was published in 2003. These aren’t new ideas, but with what’s happening in the world the conversation has sharpened and gotten accelerated, as well as louder and more public. And people are talking about their experiences in ways that they were never able to before.

The conversation about feminism has also changed. How does your book deal with that?
My book addresses tensions between second-wave feminists and younger feminists. As a novelist, what I like about this position is that I can try to show what it’s like rather than making a heated point. The 24-hour news cycle is so filled with “hot takes” that I’ve joked that I want to be the master of the “warm take.” Novels can show what people are trying to do — how they get things wrong, how they disappoint each other and how they get things right. These characters are flawed, without a doubt.

How long did you work on The Female Persuasion?

It took over three years. The process of writing a novel is a long one — thinking about it, writing it, and this one in particular covered a lot of aspects. Most of it was written before the 2016 presidential election. I did go back in after the election because I wanted to explore what happens if things aren’t following the pattern of getting a little better for women, then a little worse, then a little better. What happens if the whole thing is ripped out from under you like a tablecloth in a magic trick? We had a little time in terms of the production schedule, so the last chapter is kind of a coda, moving the characters forward, although this book isn’t meant to be a comment on just this period of time. I use the term “the big terribleness,” which I put in at the very end when the characters talk about the Trump election. And then there’s the sense of women starting to flood politics. All of that is hinted at the very end of the book, which is not something I thought I’d need to do, because of course I thought this book would come out and we’d have the first female president. Instead, it landed in a very different moment.

How did you get involved teaching at the Southampton MFA program in Creative Writing and Literature?
I had been to the Key West Literary Seminar many years ago, where I met Roger Rosenblatt [novelist and a distinguished professor of English and writing at Stony Brook]. I think he suggested my name to come give a reading at the Southampton Writers Conference. The interest in writing, the love of language and the welcoming nature toward writers and beginning writers who were students all made me happy to be a part of it. I gave some readings and eventually I was asked to teach. I always look forward to my time in Southampton. This month I’ll be focusing on BookEnds, providing a series of structured classes for the writers in this program.

How do you balance all of this with your own writing schedule?
I don’t think that balance is what usually happens at the end of the day. I try for it, of course! I’m someone who really does like to work, and like most writers I know, I’m happiest when I’m writing. As a result, I end up working as much as I can. But thinking about fiction and teaching workshops in fiction are different aspects that matter, too. I try to have balance, and when I don’t, I pull back and try to give more to what needs to be done. I have a pretty packed life, and it can be tricky. I don’t have a set number of hours, but when I’m really working on a book, I want to be with it all day. It’s like being in love.