“Charlotte Park: The 1950s” Now through October 31 at Pollock-Krasner House 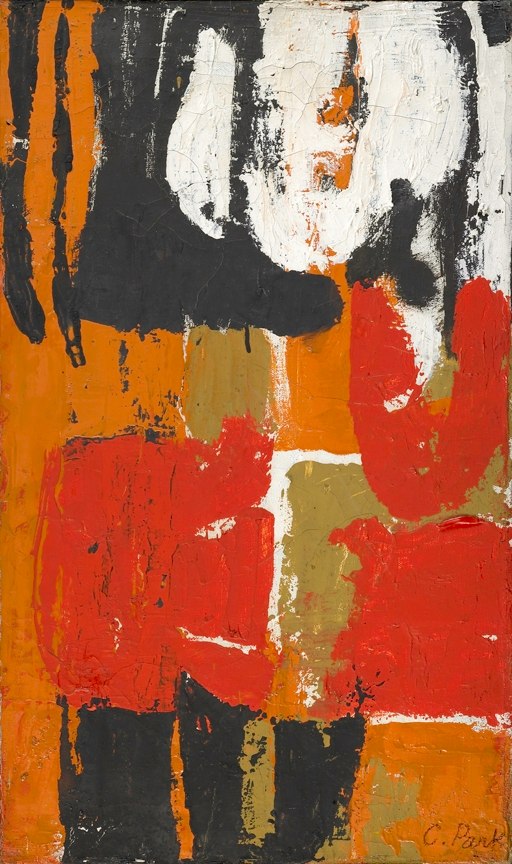 Charlotte Park: The 1950s, a selection of paintings by a close friend and colleague of Jackson Pollock and Lee Krasner, is on view at the Pollock-Krasner House now through October 31. The works are lent courtesy of the artist’s estate, by private collectors and by the Parrish Art Museum in Water Mill, New York.

An artist who developed her own version of Abstract Expressionism in the 1950s, Park has been drawing increasing attention from scholars and collectors for her muscular, often chromatically brilliant paintings. Her art reveals a broad emotional range, with figural, landscape and cosmic suggestions balanced within refined compositional structures.

Married to the artist James Brooks (1906-1992), Park was at the center of the burgeoning Abstract Expressionist movement. Brooks, who knew Pollock and Krasner from his days on the WPA Federal Art Project, rented part of their former apartment and studio on East 8th Street in Greenwich Village after they moved to Springs in 1945. After he and Park married in 1947, they followed their friends to eastern Long Island. In 1949 they bought a home and studio on the shore in Montauk, where Pollock and Krasner were frequent guests. After a hurricane severely damaged the property, they moved the building to Neck Path in Springs in 1957. Park lived there until her death.

In the mid-1950s, Park began to create vivid canvases consisting of complex and charged relationships among forms. The dynamic and brilliant fiery orange in many of her paintings expresses a sense of heightened emotion, but one in which planes of color are contained in an elegant and dynamic balance. She often evoked the natural world in works that combine modulated hues with cursive, undulating lines. In a number of her works, painterly rectilinear shapes in rich earth and terracotta tones suggest ancient pictographs.

Throughout the 1950s, Park exhibited regularly at the Stable Gallery and Tanager Gallery in New York and was included in the Whitney Museum of American Art Annual of 1953. She also showed at the Signa Gallery in East Hampton in the 1950s. Solo exhibitions of her work have been presented at Guild Hall Museum (1979), the Parrish Art Museum (2002) and several commercial galleries. Critic Eric Ernst, who characterized Park’s work as “profoundly engaging with a powerful use of color, texture and rhythm,” described her as “an artist of surprising strength . . . whose work is even more effective for the fact that it is still so relatively under-appreciated.” Her estate is represented by Spanierman Modern in Manhattan.