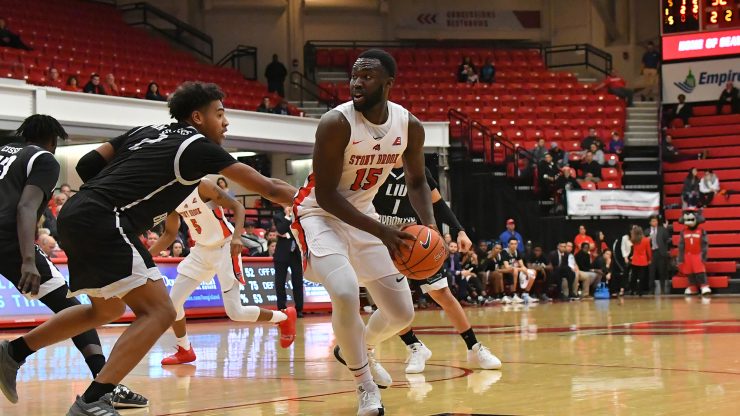 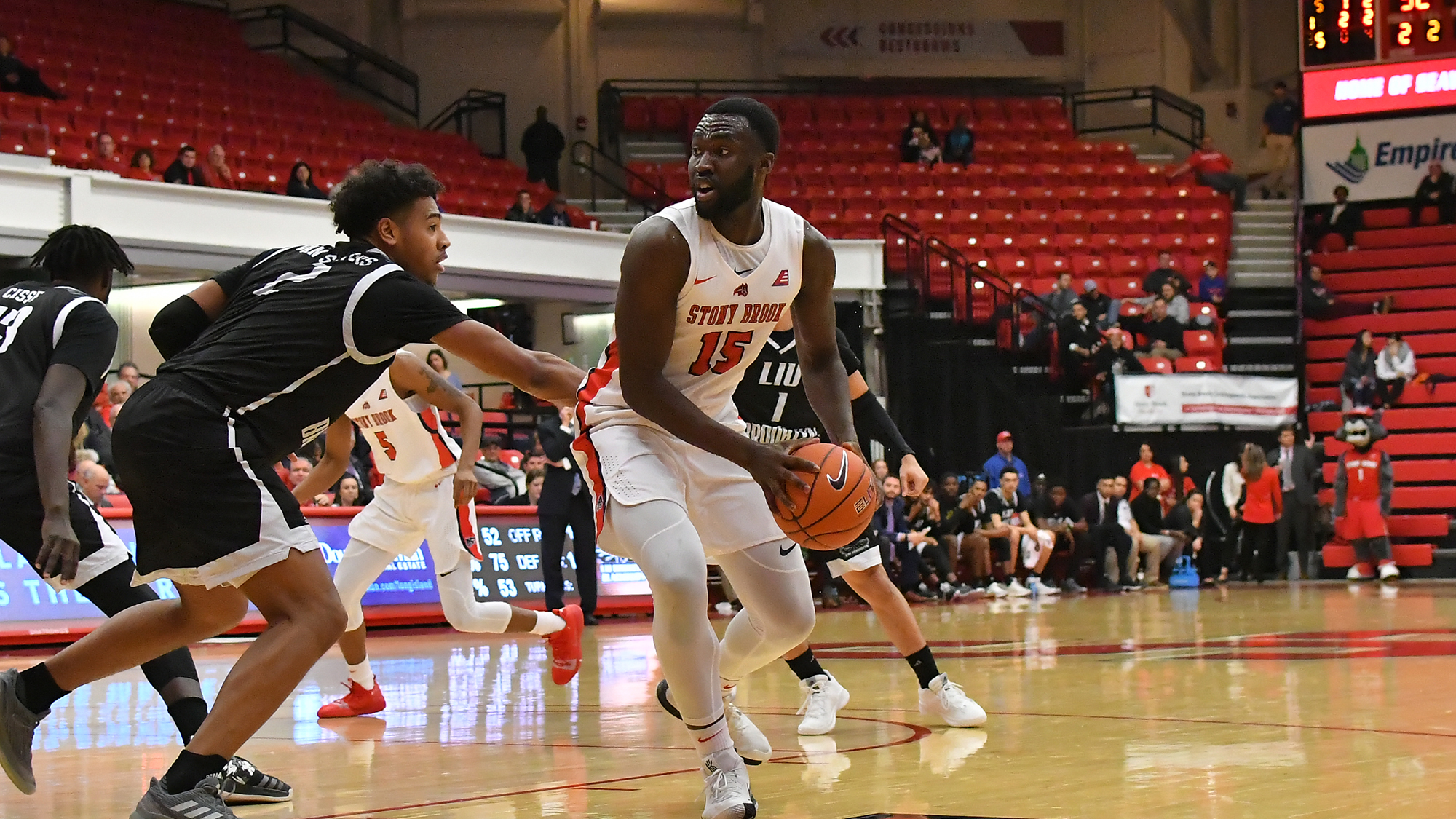 Redshirt-junior Akwasi Yeboah (Chigwell, England) hit a go-ahead three with just under a minute to go, giving him over 1,000 points for his career. The shot also gave Stony Brook a lead they would hold on to, defeating LIU Brooklyn 83-79 at Island Federal Arena on Wednesday night.

Yeboah scored 19 of his game-high 24 points in the second half of Wednesday night’s contest, helping the Seawolves battle back from a 12-point deficit to defeat the Blackbirds and win the team’s ninth game of the season.

BOALS’ REACTION
“We sat down with our guys at the second-to-last media timeout and said ‘this war right here is going to win us the game’ and we came out and made some big-time plays on the defensive end and offensive end. We cut it down to three going into the last war and guys stepped up to find a way at the end. I couldn’t be prouder.”

HIGHLIGHTS
–    LIU Brooklyn came out hot in the early parts of the game, scoring 10 of the game’s first 15 points to take a lead. Ty Flowers had half of the Blackbirds’ output.
–    Stony Brook was able to tie the game up at 16 on a freshman Jules Moor (Houston, TX) layup, but Flowers answered with a three to regain the advantage for LIU at 19-18 at the halfway point of the period.
–    After Julius van Sauers hit a pair of free throws to go up 29-22 with 8:13 to go, Stony Brook rattled off a 15-4 run over a span of 4:28 to take a five-point lead. Latimer had seven during the stretch.
–    Stony Brook’s lead would not sustain, however, with the Blackbirds holding a 43-41 lead at the half.
–    The Blackbirds started the second half just as strong as the first, scoring seven of the first nine to take a 50-43 lead.
–    Yeboah tied the game at 54 with 12:56 left, but that’s when the Blackbirds got hot.
–    LIU Brooklyn did not miss during a 2:54 period in which they hit a pair of threes and three shots inside the arc, extending its lead to 67-55 with 10:11 left.
–    The Seawolves rallied, with Yeboah’s three ending a 24-13 run over 9:19, giving Stony Brook a lead they would not relinquish.

NOTES
–    Yeboah became the ninth player in Stony Brook’s Division I era to reach the four-digit milestone and the 25th player in the program’s overall history.
–    He is the third straight player to reach the milestone during his junior season and is now averaging 24 points per game in his last three outings.
–    The redshirt junior’s 10 field goals are a new career high.
–    Latimer’s previous career-high came in a 15-point performance against George Washington in the season opener. He has extended his career-long streak of double-figure scoring games to four.
–    He also set career highs at the free throw line, making seven and shooting eight. Both are new marks in his 11th career game.
–    This is the second time this season the Seawolves have battled back from a double-figure, second-half deficit to win a game. Stony Brook achieved that feat in the season opener at George Washington.
–    It is also the second time Stony Brook has had 10 or more players score in a game and the first time against a Division I opponent.
–    Stony Brook cracked the 80-point mark for the first time since the 97-point outburst against Molloy. They also scored 83 against South Carolina in Columbia, SC.
–    The Seawolves are 9-2 for the first time since the 1992-93 season.

UP NEXT
The homestand continues on Sunday afternoon when Stony Brook welcomes Colonial foe Delaware for a 2 pm tip at Island Federal Arena. The annual Winter Wonderland will be held, with holiday-themed events for the family to enjoy.