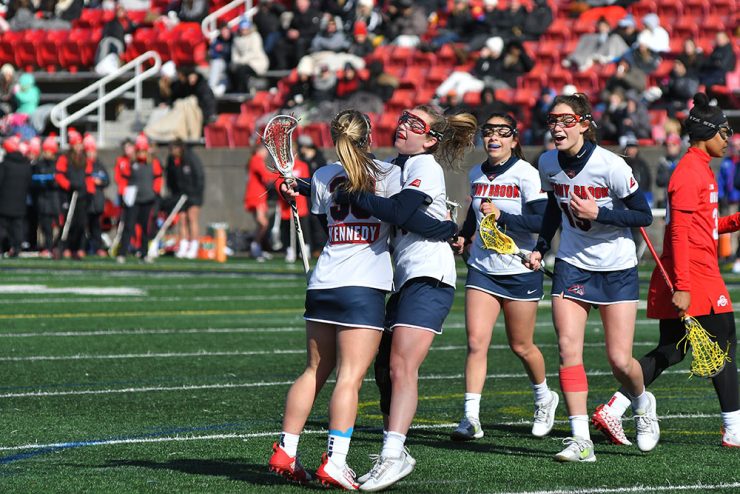 Following a thrilling victory over No. 4 Syracuse and a win over previously undefeated Ohio State of the Big Ten, the Stony Brook women’s lacrosse team is trending upward in the national polls.

The Nike/US Lacrosse poll has the Seawolves ranked fourth, while the Inside Lacrosse and IWLCA polls have the team slotted at the fifth position.

The team took down the ranked Orange, 17-16, at the Carrier Dome last Monday and followed that up with a 20-7 triumph over the Buckeyes at LaValle Stadium on Saturday.

This is the first time Stony Brook has been ranked within the top five of all three major polls since Feb. 11 of last year.

The team is back in action next Saturday, Feb. 29, facing No. 4 Florida. Action in Gainesville is set to begin at noon.