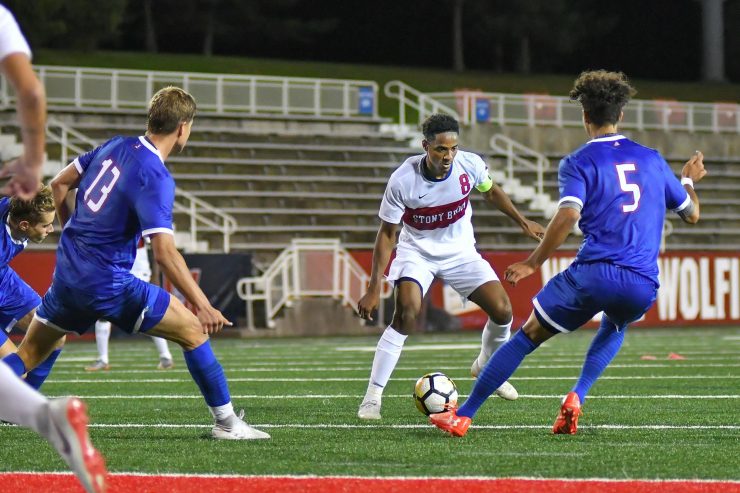 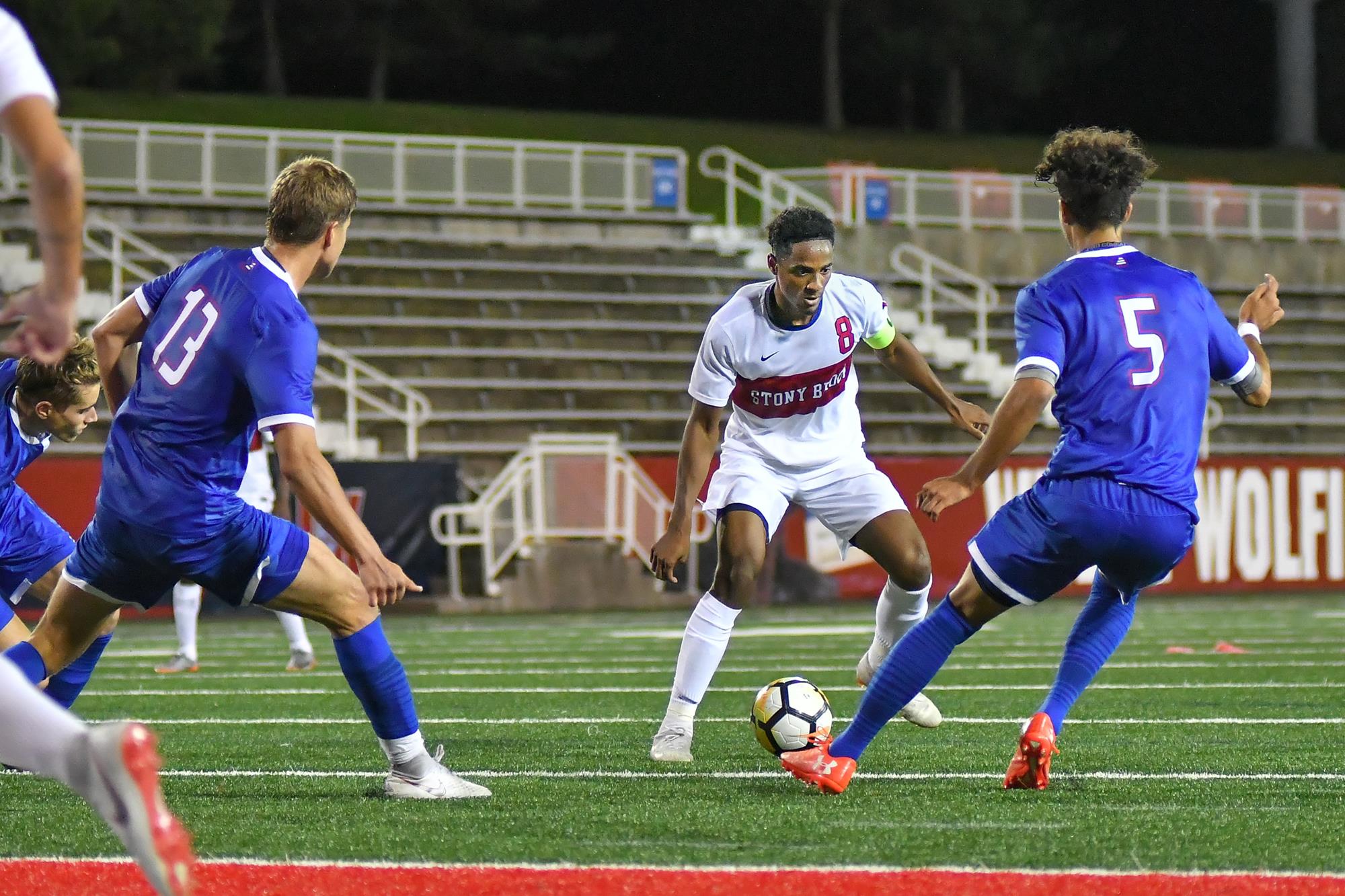 Following a season in which he won America East Midfielder of the Year, senior Martieon Watson (Vessigny, Trinidad) was named ECAC Offensive Player of the Year, as announced by the conference on Tuesday.

Watson tallied seven assists to go along with two goals in the 2018 campaign, giving the defensive midfielder 11 total points. His season got off to a quick start when he dished out three assists in the team’s first two games.

He picked up a season-high three points in the Seawolves’ 2-1 win over Binghamton on October 6, dishing out an assist and scoring the game-winning goal in the 85th minute.

This isn’t the first honor Watson has received this season; the Trinidad native earned the America East Midfielder of the Year Award and was named to the First Team All-Conference and All-Academic Team. He was also a member of the All-America East Tournament Team.

The ECAC is a college athletic conference comprising of schools that compete in 15 sports. It has 220 member institutions in NCAA Divisions I, II, and III, ranging in location from Maine to South Carolina and west of Missouri. Read the full release here.