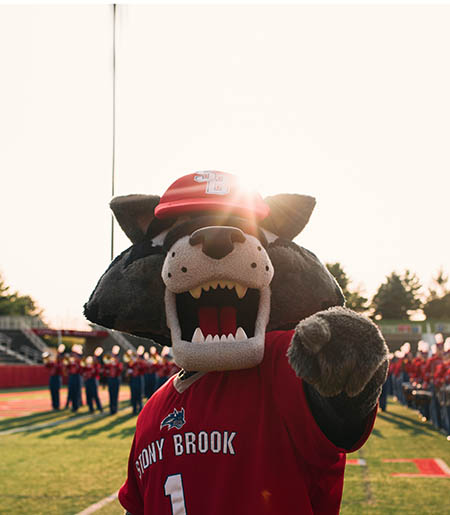 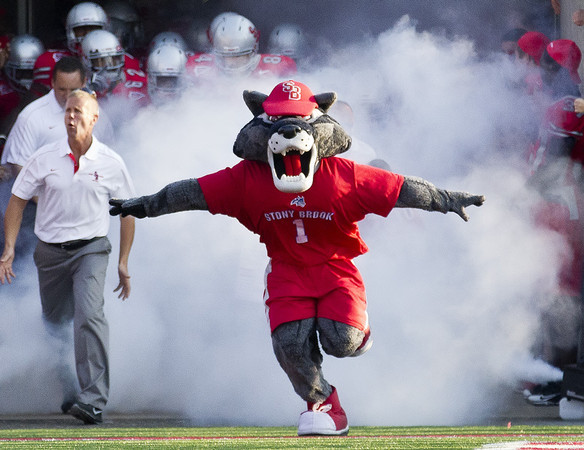 Mascots from across New York State are competing in the sixth annual Mascot Madness competition, and it’s time to vote for Wolfie to win the title of SUNY’s favorite campus mascot in 2018.

Wolfie has drawn the always formidable General Herkimer of Herkimer College in the First Round, and he needs your support.

Here’s what you can do to push Wolfie over the top:

About Wolfie
Wolfie has been a part of the Stony Brook family since 1995 — just a year after the SB varsity teams became known as the Seawolves. The fourth nickname in Stony Brook history, Seawolves was selected from a list of more than 200 possible names by a 32-person committee comprised by students, alumni, faculty, and administrators.

Wolfie was the 2009 Three Village Sportsman of the Year and a finalist for Best Mascot in the Long Island Press Best of Long Island 2011, 2012, and 2013 contests. He was also featured in the 2011 ESPN College Gameday commercial with fellow collegiate mascots, and has marched in New York City’s Columbus Day Parade. Wolfie’s favorite activities are cheering at Stony Brook games and having fun with SB fans of all ages.

Share your love of Wolfie and stay up-to-date with your favorite mascot: