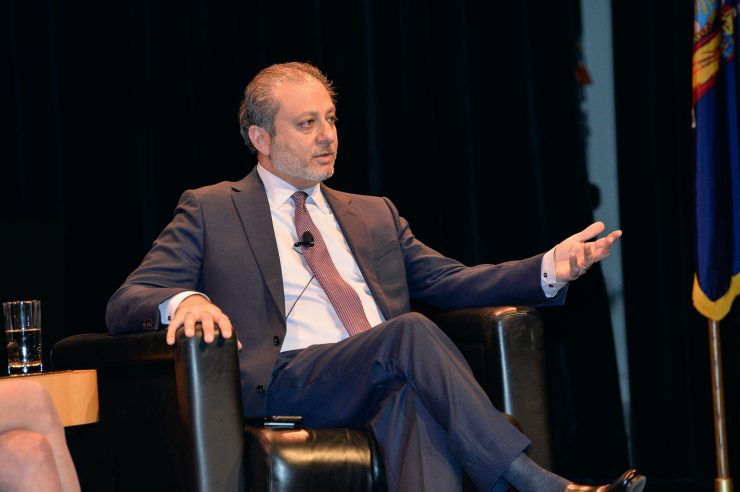 When Preet Bharara, the former U.S. Attorney for the Southern District of New York, took the stage at Stony Brook University last March, he addressed the largest of the ever growing audiences flocking to the Dr. Gujavarty Seminars on Leadership and Values.

For the namesake of the endowed lecture series, however, the power of Bharara’s visit went far beyond the boldface name.

“People think you have to be Einstein or Gandhi to make a real impact,” said Dr. Krishna Gujavarty, whose 2015 gift made Bharara’s visit to Stony Brook possible, “but that’s not true. Whenever you come to a crossroads, if you make the right decision in the right way, everything else materializes. A lot in life is complex, but often, a focus on quick success makes people look for shortcuts, and we have to put a lid on that.”

For a man who came to the United States in the late 1970s and worked to build a successful career as a psychiatrist, the growing propensity to seek out shortcuts to success was disconcerting. And, for a doctor who volunteered his counseling services on the Stony Brook campus after completing his residency at the newly built hospital, the University’s undergraduate students seemed an ideal audience for his attempts to help remedy the situation.

“If I reflect on my life in America,” Dr. Gujavarty said, “the difference between America when I came and what I have seen is the decline of ethical values. So, I established the lecture series in the hope that we can catch some undergraduate students who take responsibility for their own lives. They can be anybody they want to be.”

Certainly, Bharara, who earned a reputation as “one of the nation’s most outspoken and aggressive prosecutors” (according to the New York Times) and made headlines during his tenure for his prosecution of financial crimes, is particularly well situated to address the dangers of taking unethical shortcuts. However, each of the speakers in the seminar series – a group that also includes former New York Times columnist Anand Giridharadas and Northwell Health Senior Vice President Dr. Ram Raju – has surpassed expectations in delivering powerful messages about leadership and values.

“The speakers seem to get it,” Dr. Gujavarty said, “that what’s important is not success for success’s sake, but success that can really mean something for society.”

Certainly, the benefit of the speakers’ examples has been a powerful addition to the programming of the Mattoo Center for India Studies, enriching the intellectual life of the Stony Brook campus. Students attending Dr. Raju’s lecture voiced an appreciation for his insights on the values at the heart of the national conversation on health care.

“Listening to Dr. Ram Raju has opened my eyes to the negative sides of the healthcare system,” said Kayla Murphy ’21. My goal is to become a nurse, so this lecture has brought a lot of new insights to my attention.

“I learned that in order to become a good doctor, or good at any profession, one has to be a righteous person,” added Divya Parwani ‘21. “You are ultimately defined by your values.”

These responses, demonstrating the effect of a powerful speaker on students, are the goal of the Dr. Gujavarty Seminar Series. 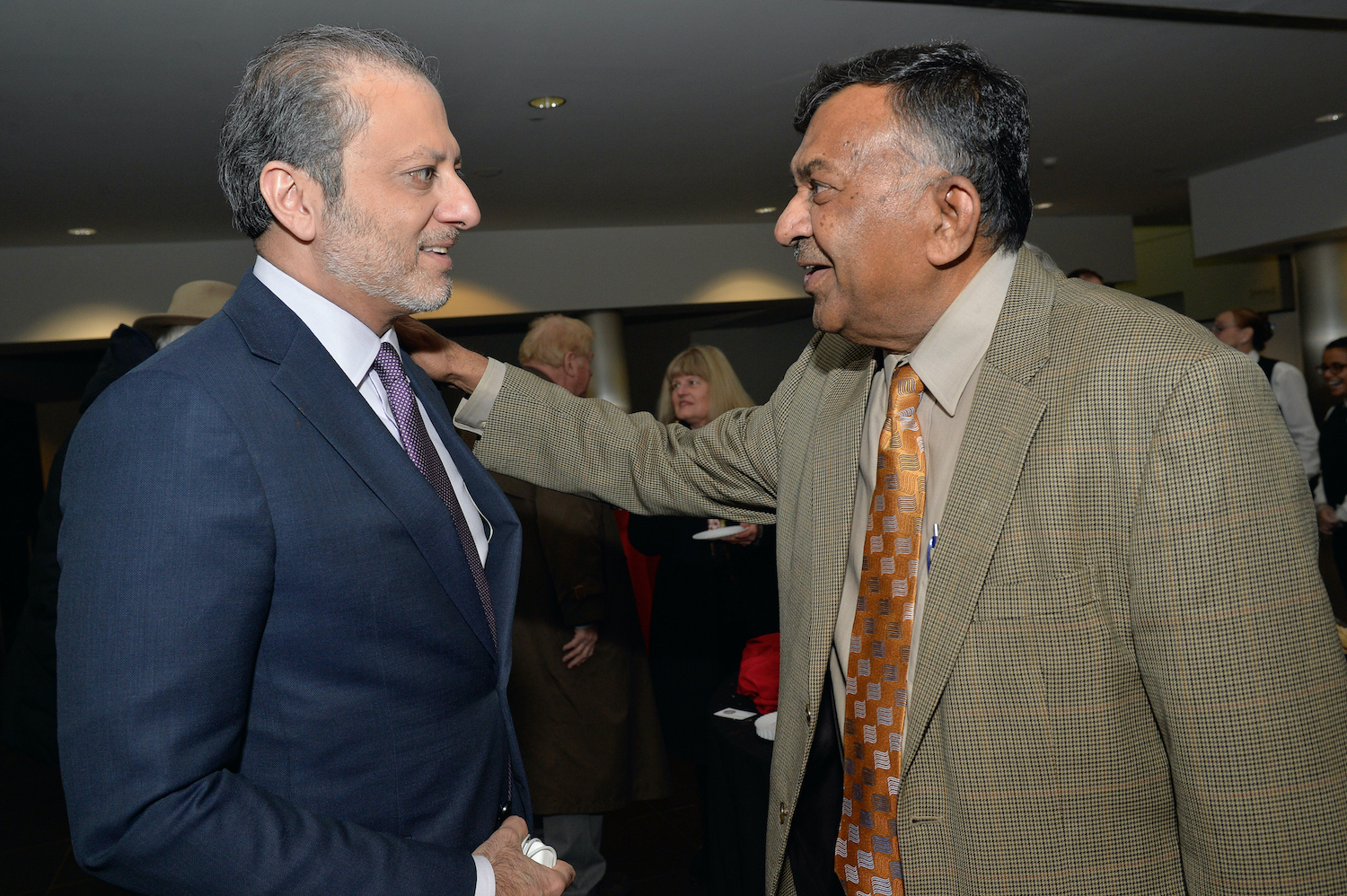 “The generosity of Dr. Gujavarty has enabled us to welcome to Stony Brook thoughtful, accomplished speakers who exemplify the best of the Indian immigrant experience in the United States” said S.N. Sridhar, founding director of the Mattoo Center. “The lessons from their lives and careers offer inspiration for all of our students as they look to author meaningful lives using the education they receive at Stony Brook.”

And, while the career success of the speakers in the Dr. Gujavarty Seminar series is difficult to attain, the lessons they impart on values and leadership are much more accessible.

“The Gujavarty Seminar on Leadership and Values has provided our students, faculty, and staff along with community members the opportunity to hear from thought leaders across a wide range of fields,” said A.J. Nagaraj, Assistant Vice President for Advancement Strategy and member of the Mattoo Center for India Studies Executive Committee.

“Whether senior health care executive Dr. Ram Raju addressing disparities in access to medical care or former US Attorney Preet Bharara waxing philosophic on leadership and ethics, each speaker has challenged attendees to think critically about what it means to demonstrate values-based leadership.”

As someone who’s had some association with Stony Brook through most of his 40 years on Long Island, Dr. Gujavarty knows that college years are a perfect time to consider the lessons his lecture series offers.”

“When a student comes to college, that’s the first time they can say, ‘Hey, I want to take control of my life and be responsible,’” Dr. Gujavarty said. “There’s a chance that they have an open mind when they come to university, that they want to learn values and want an education based on values.”