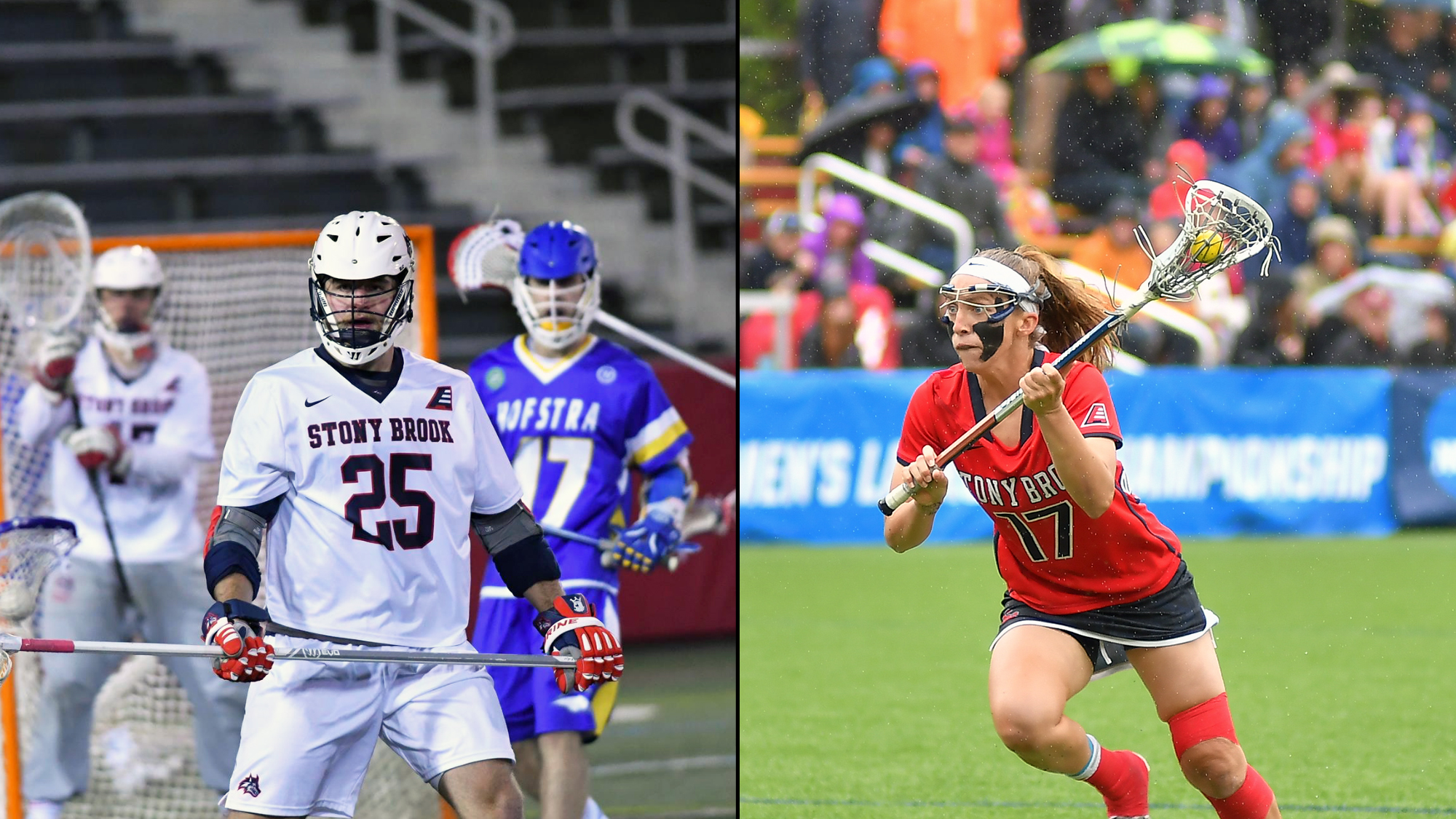 Both Anderson and Ohlmiller are eligible for the honor, which recognizes the conference’s senior male and female student-athlete that best “distinguished himself and herself throughout their collegiate career in the areas of academic achievement, athletic excellence, service and leadership.”

Twenty-five institutional nominees for the 2018 America East Man and Woman of the Year awards were originally announced by the conference office Thursday, May 17. The winner of the 2018 awards will be announced next Tuesday, June 5, at the conference’s annual awards dinner.

Anderson finished 2018 playing in all 15 games, making one start for the Seawolves. He scored two goals, recording 34 ground balls, 24 face-off victories and four caused turnovers. He earned a spot on the league’s All-Academic Team for the second-straight season, boasting a 3.76 cumulative GPA in his final year at Stony Brook.

Ohlmilller recorded a nation-leading 157 points in 2018, helping Stony Brook achieve its first No. 1 national ranking in program history. She was selected as America East Offensive Player of the Year, has been tabbed an IWLCA All-Region First Team player, and was selected as an Inside Lacrosse Division I All-American last week. Ohlmiller finished her four-year career with the Seawolves posting an NCAA-record 498 points and 246 assists. She also owns the NCAA single-season record for points (164) and helpers (86).