The Renaissance School of Medicine 2019 Convocation 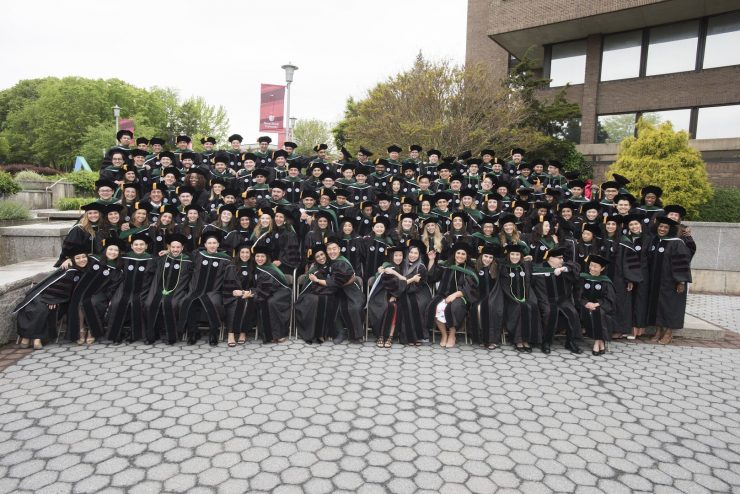 Congratulations Graduates!
Class of 2019 Ready to Change the World

After an admirable academic journey that began on their first day of medical school, the Renaissance School of Medicine at Stony Brook University’s 2019 graduating class is making an impressive beginning as new physicians.

The 129 graduates took the Hippocratic Oath together at their convocation ceremony May 23 in the Staller Center auditorium.

Kenneth Kaushansky, MD, Senior Vice President, Health Sciences, and Dean, Renaissance School of Medicine, called on the graduates to be “inquisitive, compassionate and caring physicians” and praised them for their “incredible array of intelligence, humanity, technical skill and devotion.”

Dr. Kaushansky told the audience that the class of 2019 stemmed from 5,255 applicants, of which only 7.4 percent were accepted. Fifteen percent of those students were from backgrounds that are historically underrepresented, he said.

As they begin their medical residency training, he said, 52 percent of the graduating class will head out-of-state and 48 percent will stay in New York State. “And of those, 10 percent will be staying at Stony Brook Medicine to do their residencies. That’s a record number of graduates staying here, which is great for the home team,” Dr. Kaushansky said.

The graduates were the second cohort of the school’s new LEARN (Learning-focused, Experiential, Adaptive, Rigorous and Novel) curriculum, said Latha Chandran, MD, MPH, Vice Dean, Academic and Faculty Affairs, Renaissance School of Medicine. LEARN focuses on lifelong learning skills for medical students, in particular being able to take new information and actively apply it in patient care settings. “They excelled academically and scored above the national mean in the national standardized United States medical licensing exams,” said Dr. Chandran. “They also matched into highly competitive residency programs in many specialties, with a match rate of 98 percent – and that is more than 4 points above the national mean.”

Jack Fuhrer, MD, Associate Dean of Admissions, Renaissance School of Medicine, also spoke of his pride in the graduates. “In addition to the vast amount of medical knowledge to be learned, a medical student is taught to impart knowledge in language that can be understood by a non-healthcare trained patient,” he said. “The student learns about human disease and suffering and how to artfully comfort and provide hope to people.

“The entire four-year experience is very humbling, and requires self-reflection and personal growth.”

After the ceremony, graduates spoke of their joy and relief, and their plans for the future. Catherine Austin will be doing her residency in pediatrics at Lurie Children’s Hospital of Chicago at Northwestern University. “Narrowing down what field to go into was not an easy feat,” she said. “But I found that I consistently enjoyed caring for children. Children, while the most undeserving of disease, are also often the most resilient. Pediatrics is a field filled with so much hope, hope for healing and hope for the future. I ultimately knew I wanted to be a part of that.”

Dr. Austin asked her professor Raafat El-Maghrabi, MD to place the doctoral hood around her shoulders, because it was he who interviewed her for admission more than four years ago. “Being hooded by the same man who saw the potential in me to succeed at Stony Brook Medicine was incredible,” she said. “It felt so appropriate to close out this chapter with the professor who allowed me to begin it. Because he believed in me, guided me, and supported me, I am now a doctor with the privilege to go forward and continue my journey.”

Here are some interesting facts about the graduating class: 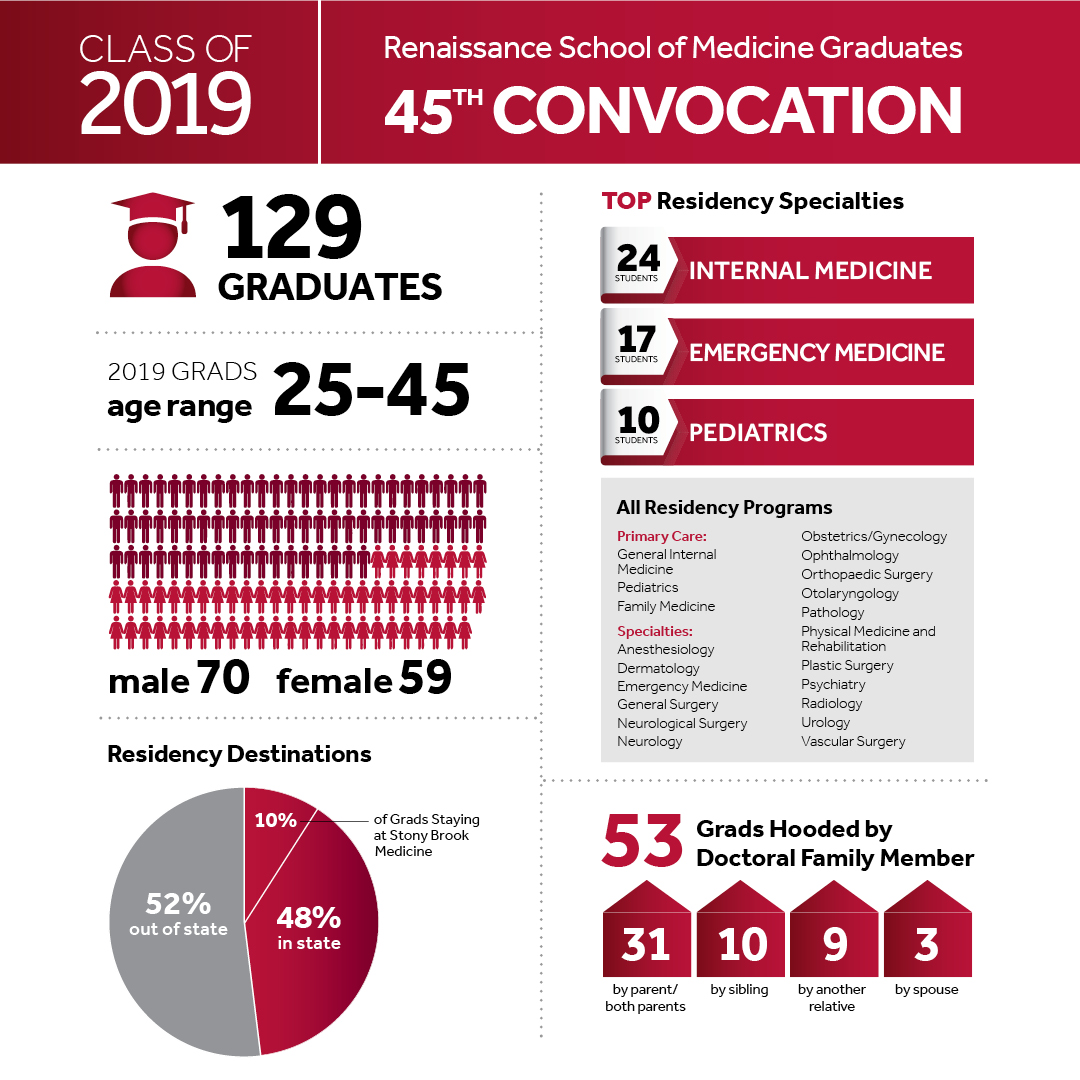 Stony Brook University Hospital has administered 100 percent of its COVID-19 vaccine allocations for weeks one through four and is among the highest performing distribution sites in the state. Together with Downstate...