Susan Deaver: A Conductor’s Journey Through the Music Industry 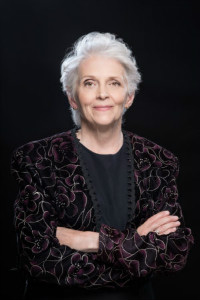 Finding a job after college can be difficult, especially for those who are looking for a position in the arts, but the Stony Brook University Orchestra’s conductor Susan Deaver is proof that it can be done.

Before she came to conduct the SBU Orchestra in 2000, Deaver received her bachelor’s and master’s degrees and a doctorate in musical arts at the Manhattan School of Music and was planning to use those degrees for teaching music.

“When I was doing my undergraduate work, I was already working,” Deaver said. “There were all of these little music jobs. I got hired to teach flute at two different places, one in Brooklyn and one in Westchester.”

Just before graduating from the Manhattan School of Music, she prepared for auditions by conducting mock performances in front of others.

“If you’re preparing for a teaching job, you might teach a mock lesson in front of people so they could see how you teach,” Deaver said.

During her search for jobs in the music industry, she said she experienced performance anxiety and would prepare for auditions.

“Performance anxiety is for anybody looking for a job,” Deaver said. “You have to learn to work with your own system and keeping yourself really calm and focused. You have to be prepared.”

Deaver also had to prepare for other job interviews in her field, some of which included flute auditions, where she recorded herself playing for the employers.

In addition, she had to build two resumes – one was for performances and the other was for conducting and education.

Her job search and practices landed her positions with groups like the Washington Chamber Symphony, the Bronx Opera Chamber Orchestra and the LIU Post Percussion Ensemble, all of which led to her four teaching jobs that she currently has today at LIU Post, the Manhattan School of Music Precollege, the Long Island Youth Orchestra and Stony Brook.

“There are periods of time where you just feel like you’re at a plateau and then suddenly there will be a breakthrough and you’ll get called for something,” Deaver said.

Deaver had been conducting since 1981 when her passion for music grew. She started studying conducting privately and also attended conducting master classes at Tanglewood, a music venue in western Massachusetts, and in Germany.

“When I’d be rehearsing in orchestras I would take a music score with me and if the conductor was working with the strings, I would look at the score to see what was going on and I would study the scores,” Deaver said.

“I got very interested in orchestra music since I was 19 when I went to music camp,” Deaver said. “The way that I got into conducting was that I was playing with this chamber group and there was this one piece by Aaron Copland and there was no flute part and they had trouble keeping it all together. So, they all pointed to me and said, ‘Come and conduct this,’ and I did well.”

Susan Deaver had to go through many rehearsals, practices and auditions in order to get where is today and she proves that finding work in the arts after college can be done.