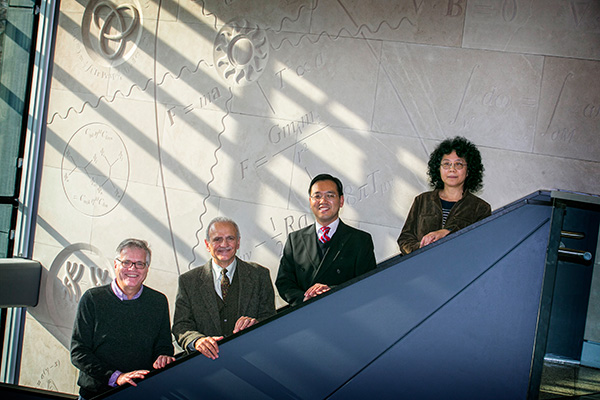 December 16, 2015 – A team of researchers from Stony Brook University, led by Yusuf Hannun, MD, the Joel Strum Kenny Professor in Cancer Research and Director of the Stony Brook University Cancer Center, have found quantitative evidence proving that extrinsic risk factors, such as environmental exposures and behaviors weigh heavily on the development of a vast majority (approximately 70 to 90 percent) of cancers. The finding, reported in the December 16 online issue of Nature, in a paper titled “Substantial contribution of extrinsic risk factors to cancer development,” may be important for strategizing cancer prevention, research and public health.

Inspired by a January 2015 research paper in Science, which concluded that the majority of the variation in cancer risk among tissues is due to “bad luck,” the Stony Brook team used the same data to assess what leads to the risk of developing cancer. The interdisciplinary team of researchers from the Departments of Applied Mathematics and Statistics, Medicine, Pathology and Biochemistry, concluded the opposite – that most cancers are the result of external risk factors.