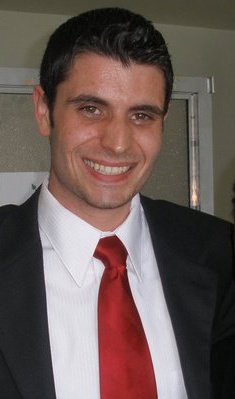 Eric Ascher, ’11 is no stranger to being singled out for excellence as a leader among his peers.

The former Stony Brook biology major, who is now a third-year medical student at the New York Institute of Technology College of Osteopathic Medicine in Glen Cove, New York, was recently awarded Student Advocate of the Year, a new award given to one osteopathic medical student who best represents the profession in the nation. In spring 2012, there were 21,600 students enrolled at the nation’s osteopathic medical colleges, according to the American Association of Colleges of Osteopathic Medicine.

As Student Advocate of the Year, Ascher attends conferences around the country, shares with other schools and members of the profession what his school has done, and recommends programs. He also is his school’s president, overseeing a student body of 900, a student council of 200, and an executive board of six.

When he was at Stony Brook, Ascher was voted Community Builder of the Year and Resident Assistant of the Year. He credits Stony Brook’s minor in leadership development for providing him with the skills needed to stand out in the crowd.

As a Stony Brook undergraduate, he helped coordinate socials and mixers and schedule speakers, as well as resurrect the Relay for Life, an annual walk to raise money for cancer research. Ascher kept busy with many activities, which prepared him for the rigors of medical school.

“Osteopathic physicians receive the same training that medical doctors do,” said Ascher. “But we also get at least 500 hours in osteopathic manipulative technique (OMT), which is a way to speed up or enhance the body’s natural tendency to heal itself. It is very common for us to work in hospitals side by side with MDs.”

Ascher said his real passion is in talking with people and forming relationships. “That is why I chose to have a career involving a patient-oriented discipline,” he said.