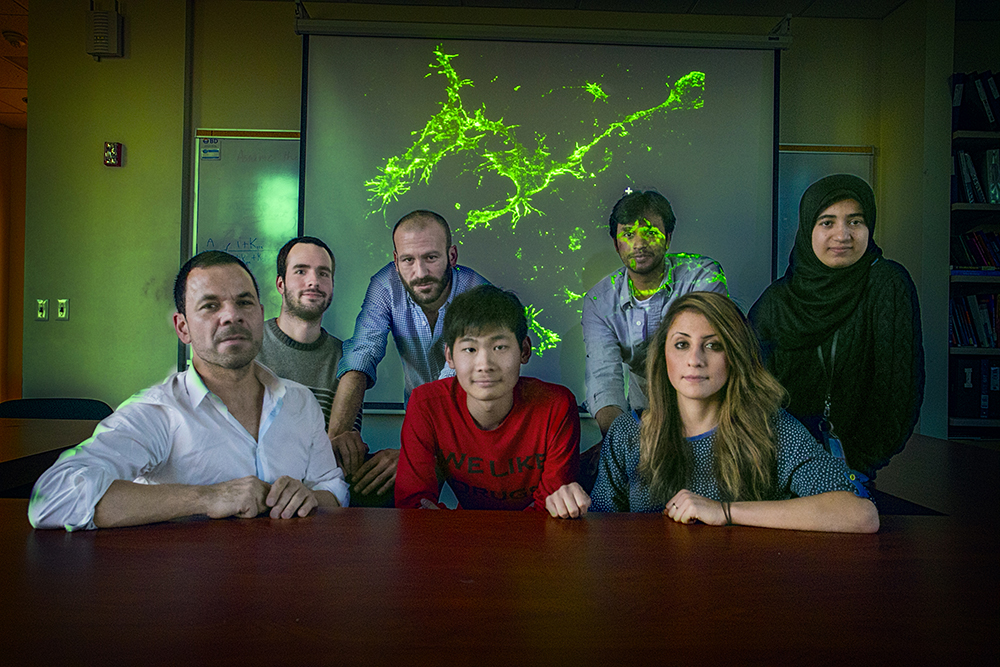 December 10, 2015 – A Stony Brook University-led research team has discovered that when a rare type of glial cells, called NG2 glia, are depleted from the brain in mice, depressive-like behaviors occur. This finding, published early online in the journal Neuron, helps to advance the understanding of brain changes associated with depression and suggests novel therapeutic targets for antidepressant drug development.

The brain is made up of neurons and glial cells. There are about 100 billion neurons in the average human brain. There are 10-50 times more glial cells though, suggesting that they undertake critical roles in brain function. Lead Author Adan Aguirre, PhD, Assistant Professor in the Department of Pharmacological Sciences at Stony Brook University School of Medicine, began studying NG2 glia more than a decade ago as a postdoctoral fellow at the Center for Neuroscience Research in Washington, D.C. His work revealed that NG2 glia function as stem cells in adult animals to replenish neurons and other types of glia. Dr. Aguirre’s current research group now reports, however, that NG2 also play a remarkable role in opposing depression caused by chronic stress.

In the paper, “Genetic and Stress-Induced Loss of NG2 Glia Triggers Emergence of Depressive-like Behaviors through Reduced Secretion of FGF2,” the researchers demonstrated that NG2 glia, through production of the growth factor FGF2, encourage astrocytes, another type of glia, to properly regulate the brain levels of glutamate, the main excitatory neurotransmitter in the brain.

Most critically for relevance to the origin of environmentally-induced human depression, sustained mild social stressors in mice caused NG2 glial density to decrease in brain areas associated with major depressive disorder pathophysiology. Moreover, the paper reported that similar decreases in NG2 glial density were seen in autopsy brain samples from humans with depression, but not from people treated with drugs to overcome the disorder.

“Our findings outline a pathway through which chronic stress affects a specific type of glia in the brain that is critical in homeostasis and mood disorders,” summarized Dr. Aguirre.

He added that further experimentation will help increase the team’s understanding of the cellular and molecular targets regulated by NG2 glia in stress disorders, a key step toward discovering novel therapeutic targets for antidepressant drug development.

Co-investigators of the study include students and faculty from Stony Brook University’s Departments of Pharmacological Sciences, Neurobiology and Behavior, Biomedical Engineering, and Psychology, along with researchers from the Mount Sinai School of Medicine.