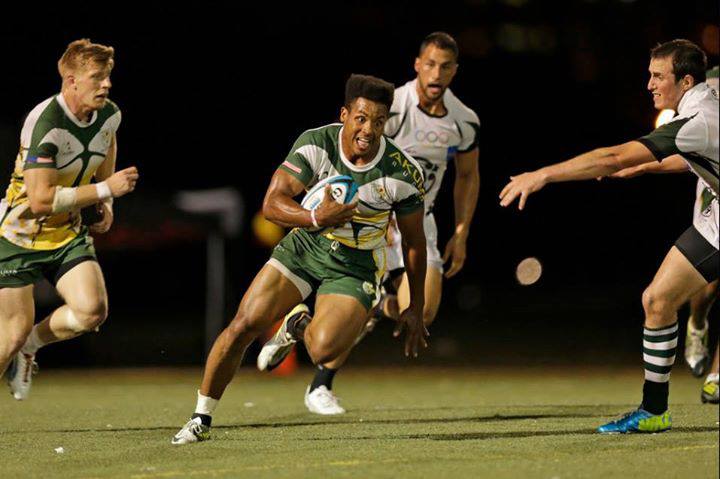 St. Claire, a philosophy major from Medford, New York, entered Stony Brook in the fall of 2010 as a transfer student originally determined to play basketball but when he didn’t make the final cut pursued rugby, which is a Division 1 club sport at Stony Brook.

“As our most gifted athlete, he made an impact immediately,” said Mirro. Within the first three months of playing rugby, he managed to make the All-Tournament team at 7’s National Competition. He was named Offensive MVP in 2011. During the spring of 2012 he was one of the key players in Stony Brook’s national championship run that ended in a loss to Dartmouth College in the Elite 8.

St. Claire graduated with a BA in philosophy in May, went on to play on the Long Island Rugby Club, and is a part of the Northeast Olympic Development Academy, which serves as a feeder program to the national team for 7’s Rugby in the 2016 Olympics.

Stony Brook competes against major universities such as UCLA, The University of Texas at Austin, Delaware, Tennessee, Navy and Army.

Stony Brook’s home opener takes place on September 27 against Buffalo at the intramural field. In the spring, home matches will take place at the Campus Recreation South P Fields.