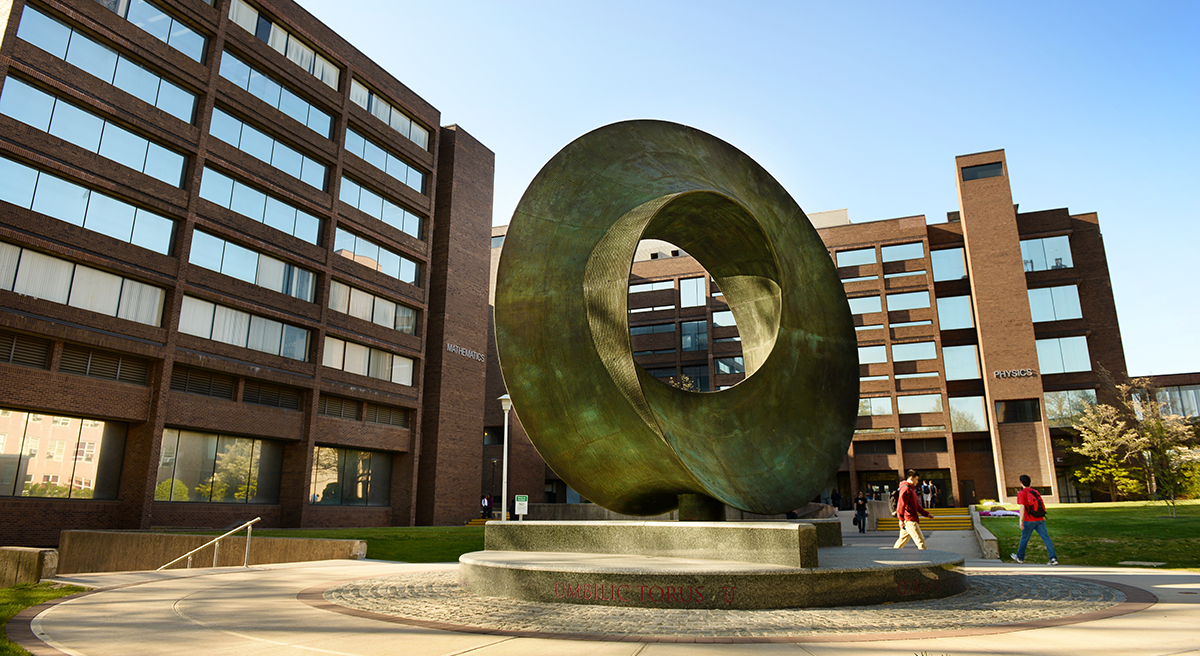 Stony Brook University has been named the 3rd best college for a degree in applied mathematics among all public and private colleges and universities in the U.S. Ranked by College Factual , and reported by USA Today College, the ranking is based on overall quality, and recognizes programs that challenge students and prepare graduates to become leaders in their field. College Factual‘s rankings system is based on a series of algorithms that include information from the Department of Education, nationally mandated data reporting for institutions and PayScale.

A degree in applied mathematics combines classes on general mathematics with special mathematical models and formulas used in fields of engineering, science, medicine and business. The Department of Applied Mathematics and Statistics in the College of Engineering and Applied Sciences at Stony Brook provides a unified home for the mathematical sciences. The Department has 20 full-time faculty and 15 adjunct faculty with primary appointments in other Stony Brook departments or in federal and industrial research laboratories. Applied Mathematics and Statistics faculty work on a wide-range of important problems, from designing better drugs to fight AIDS to assessing the effectiveness of foster care programs to helping the Federal Aviation Administration route airplanes around weather systems to designing fusion reactors.

“We have known for many years that Stony Brook’s Department of Applied Mathematics and Statistics is one of the best in the country,” said Stony Brook University President Samuel L. Stanley Jr., M.D. “It is truly gratifying to know that our faculty, staff and students are being recognized by external organizations; it reinforces our mission to provide access to excellence at an amazing value – especially in fields that will help shape our future.”

“Applied mathematics encompasses some of the most diverse and interdisciplinary research in math and the physical, engineering and biological sciences to help find solutions to some of the most challenging and complex issues we face,” said Dennis N. Assanis, Stony Brook University’s Provost and Senior Vice President for Academic Affairs. “Since the Department’s inception, it has increasingly attracted brilliant faculty and students to Stony Brook, which is evidenced by the numerous awards received by its faculty, as well as the Department consistently being ranked one of the best in the nation.”

This recognition is the latest in outstanding rankings conferred upon Stony Brook University. Most recently, Stony Brook was ranked the #5 most valuable public university by Consumers Digest; the #32 out of 484 four-year public institutions by The Business Journals; and ranked the #38 top four-year public college and university in the U.S. News & World Report “Top Public Schools Rankings” for 2015. It has also been named as one of the best value universities by The Princeton Review and named the 35th best value in public colleges for in-state students (29th for out-of-state students) by Kiplinger’s Personal Finance. The University also received a ranking of 114th in the Times Higher Education 2011-2012 Top 400 World University rankings; received 23 Citations in the U.S. News & World Report “America’s Best Graduate Schools” report for 2012.