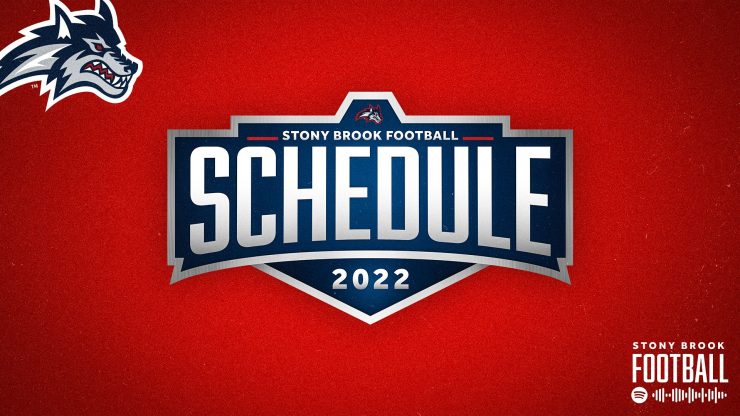 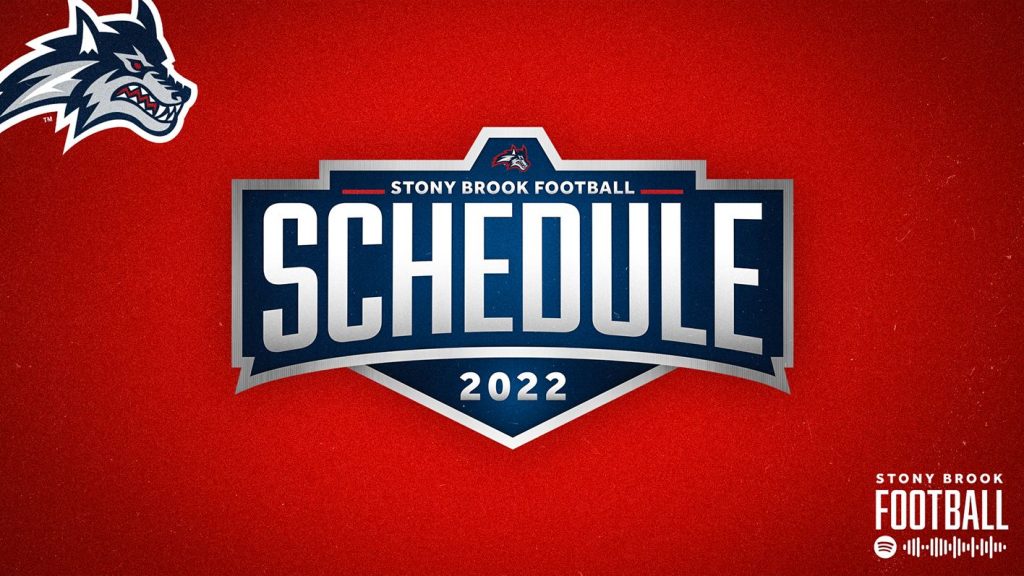 “I’m excited to finally announce the 2022 Stony Brook football schedule. We have three very worthy non-league opponents with UMass, followed by Fordham, and Morgan State. Our league schedule starts off with Rhode Island – Thursday night – Labor Day weekend at Stony Brook, so we are excited about that.

The CAA schedule is a good mix, we’re playing William & Mary, for the first time since 2017. Our conference schedule is highlighted by the September trip to Richmond, which is always a great football game. We have Albany in mid-October as opposed to the last game of the season because of some scheduling quirks – that will be a mid-year play for the Golden Apple. We will finish up our slate with new conference opponent Monmouth in New Jersey for the last game of the regular season,” said coach Priore.

For the second year in a row, Stony Brook is set to open the season at LaValle Stadium on the Thursday before Labor Day weekend with a conference game. The Seawolves are set to host Rhode Island in the 2022 season opener on Thursday, September 1. Stony Brook is 7-1 all-time against the Rams and earned a 52-14 victory over them the last time they played at LaValle Stadium on October 20, 2018.

Stony Brook’s bye week comes during Week 2 this season, prior to its FBS game against UMass. The Seawolves travel to Amherst, Mass. to go head-to-head with the Minutemen on Saturday, September 17. The meeting with UMass will mark the fourth time in history that the teams square off and the first time since the 2010 season. It will be the 13th time in program history that Stony Brook faces an FBS opponent.

The Seawolves hit the road for the second week in a row as they travel down to Richmond on Saturday, September 24. Stony Brook is 4-3 all-time against the Spiders and picked up a 27-14 win over them last season on Homecoming at LaValle Stadium.

Stony Brook returns to Long Island for Week 5 when it hosts William & Mary on Saturday, October 1, for its first home game in a month. The game is set to be the first time that the two conference foes have met since the Seawolves recorded a 21-18 win over the Tribe on September 30, 2017.

The Seawolves are back on the road for a pair of mid-October games. Stony Brook continues conference play on Saturday, October 8, when it heads to New Hampshire in Week 6. The last time Stony Brook played at Wildcat Stadium it notched a 35-7 win over UNH on October 13, 2018.

A New York rivalry is renewed on Saturday, October 15, when the Seawolves head to the Bronx to take on Fordham. The Seawolves and Rams have gone head-to-head three times since the 2018 season, and have tallied a 2-1 record over that span against Fordham. Stony Brook defeated the Rams, 28-6, the last time the team met at Jack Coffey Field on September 15, 2018.

Three of the Seawolves’ final five games of the season will take place at LaValle Stadium. Following the two-game road swing, Stony Brook returns to the Island to host Maine on Saturday, October 22. The Seawolves are 2-1 in their last three games against the Black Bears and earned a 22-17 win over them last season on November 6, 2021, in Orono, Me.

The 2022 regular season concludes with one of the newest CAA members. The Seawolves head down the Jersey Shore to take on Monmouth on Saturday, November 19, in West Long Branch, N.J. It will mark the first meeting between the teams since Stony Brook picked up a 21-15 win over the Hawks on September 21, 2007.

Read the full story at stonybrookathletics.com »