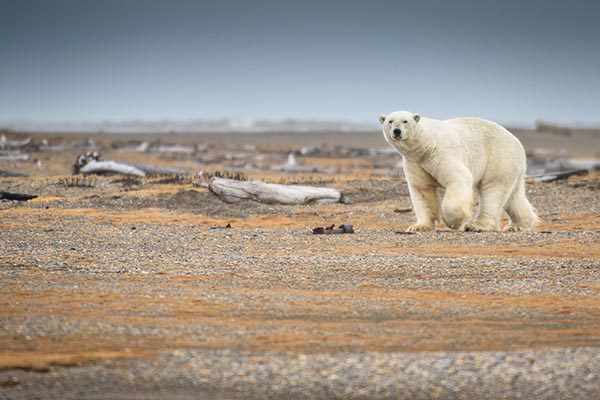 Recent studies by Stony Brook University researchers identify key links between climate change and economic development, technology, politics and human decision making in the context of climate change. Their research, published in two peer-reviewed journals, helps shed light on many of the complex problems addressed in the IPCC report on climate change.

Both studies were recently highlighted in the Nature Publishing Group’s Research Digest. One study addresses people’s willingness to invest in risky but potentially highly effective technologies to mitigate climate change. Details of their findings are published in Nature Climate Change. The second study investigates challenges to international cooperation on climate change. This study is published in Nature Human Behaviour.

In the Nature Climate Change paper, to gauge people’s behavior regarding climate change mitigation – something that ultimately affects corporate and governmental decision making regarding the issue – political science researchers at Stony Brook University used an economic game called the “climate change game” as a method to determine people’s preferences for certain, but low-yield investments in mitigation or risky but potentially high-yield investments. They discovered that players typically invested in high-risk high-reward technologies if such investment was necessary to mitigate the negative effect of climate change, as the new IPCC report argues is necessary.

The research involved four experiments, some online and some in the laboratory, with nearly 2,000 people from the United States participating. The players, working in 4-person groups, each start with a pot of real money that is their own. As the game starts, there is a built-in 90 percent chance they will lose all of their money, representing climate disaster. But players can choose to spend money to prevent disaster, either through a high-risk, high-reward investment or a no-risk, low-reward investment. The researchers experimentally manipulated the “climate mitigation threshold” – the difficulty of preventing disaster. In the experiments, larger mitigation thresholds meant more money was required to prevent disaster

“We found that by using this economic game most people will invest in high-risk, high-reward technologies to mitigate climate change when other options would not be sufficient for mitigation,” summarized Talbot M. Andrews, lead author and a graduate student in the Department of Political Science and member of the Center for Behavioral Political Economy.

In the game setting, commonly used technologies such as wind and solar power created certain but relatively small reductions in greenhouse gas emissions. Yet other not so common technologies, such as carbon sequestration devices, had larger upsides.

According to the IPCC report, increased international cooperation is urgently needed if humanity has any chance of avoiding the worst consequences of climate change.

In the Nature Human Behavior paper, an international team of political and behavioral scientists, led by Reuben Kline, PhD, Associate Professor of Political Science at Stony Brook University, developed an experiment to simulate two key features of the global economy—that economic growth results in an increased threat of climate change and that the benefits of growth have not historically been distributed equally. Overall, they discovered that unequal levels of economic development, i.e. a world of ‘haves’ and ‘have-nots,’ reduces cooperation to prevent climate change, making a climate disaster more likely.

They used a variation on the climate change game, again with real money at stake, involving participants in the United States and China. The researchers started by allowing players to earn money through simulated economic development – but making clear to players that greater development means greater costs of simulated climate mitigation later. Importantly, during economic development some players were assigned as ‘haves’ and allowed a long period of development and others as ‘have-nots’ and given a much shorter period to earn money. The researchers then tracked whether players would voluntarily curb climate change inducing economic growth and/or pay to directly mitigate climate change. Unfortunately, their results showed that differentiation into ‘haves’ and ‘have-nots’ hurt the possibility of players working together successfully to prevent disastrous climate change.

“Our main finding was that economic status differences reduced the ability of players to agree and cooperate to prevent climate change. This experimental simulation may help explain why it is difficult to have international agreements between developed and undeveloped countries on policies affecting climate change mitigation,” said Professor Kline, also Director of the Center for Behavioral Political Economy. “Even if they agree in principle that more economically developed countries should pay more because they are both more wealthy and more responsible for the problem, merely introducing the idea of differentiating their obligations introduces a point of contention over exactly how to do so and on what basis.” A key ethical principle in international negotiations called common but differentiated responsibilities (CDR), recognizes this causal link between historical economic development and the creation of dangerous climate change. CDR calls on wealthy countries—the ‘haves’—to “take the lead” in combating climate change. By randomly assigning some individuals to be haves and others to be have-nots, and then comparing them to a control group with equal levels, the researchers were able to test whether participants’ decisions were guided by something akin to the CDR principle.  Kline and colleagues explain that in the experiment those with high levels and multiple resources were indeed willing to forgo additional wealth to reduce the severity of climate change or prevent it. However, despite the high economic development individuals taking the lead and indeed sacrificing more, when compared to the equal control conditions, the overall effect of inequality on economic development is negative, because have-nots pursue greater economic development opportunities and at the same time are more reluctant to directly pay for preventing climate change.

Stony Brook University Hospital (SBUH) has been recognized by the U.S. Department of Health and Human Services (HHS) at the 2022 United Nations Climate Change Conference (COP27) for pledging ongoing action to...