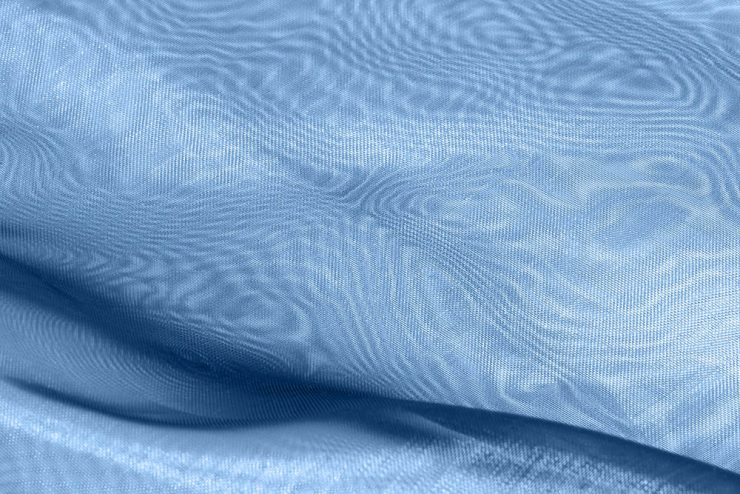 We’ve all seen moiré patterns — even if we didn’t know exactly what they were. Named after a wavy-looking French fabric that has been used to make women’s dresses since the Middle Ages, the moiré effect is a visual perception that occurs when viewing a set of lines or dots that is superimposed on another set of lines or dots that differ in size, angle or spacing. A common example of this effect is the mesmerizing pattern you would see if viewing and rotating an ordinary screen over a second screen that’s underneath.

More than just a visual illusion, the underlying geometry of moiré patterns has a wide range of applications, among them shoreside beacons used to mark the safest path of travel for ships heading to locks, marinas, or ports, and anti-counterfeiting designs on paper money. Beyond producing interesting and beautiful geometric patterns, materials scientists have explored this geometrical oddity and discovered new physics in the nanoscopic world.

“Two years ago researchers from MIT discovered interesting phenomena including superconductivity and strong electron correlation in twisted bi-layer graphene that forms moiré patterns at a small twisting angles,” said Mengkun Liu, assistant professor in Stony Brook’s Department of Physics and Astronomy. “Ever since, moiré engineering of 2D materials has been one of the most popular topics in the condensed matter physics community.”

Graphene is a unique carbon material that is just one atom thick. By putting the right twist on two graphene layers, hexagonal islands develop in the resulting moiré patterns. These islands feature the powerful property of enabling electrons to move around freely with zero resistance, which is a defining characteristic of superconductive materials.

“Our first experiment at Stony Brook started in late 2017 after receiving the sample from collaborators from the University of Science and Technology of China (USTC),” said Xinzhong Chen, graduate student in the Department of Physics and Astronomy and the leading author of the research. “After we collected the initial data, we and our collaborators from USTC and Columbia University started discussing the data analysis while performing more sample characterizations with different experimental techniques.”

Liu said his group’s research project is an extension and generalization of the moiré engineering concept from 2D materials exclusively to a broader range of systems including conventional strongly correlated electron materials, more specifically, a transition metal oxide lanthanum manganite. This was a drastically different approach to other researchers in the field.

“In 2D materials, a moiré pattern or moiré potential can be easily induced by rotating the relative angle between adjacent layers,” explained Liu. “In 3D crystalline materials, it’s infeasible to achieve this route because the layers are not bound by the weak Van der Waals force.” Van der Waals force is distance-dependent dipole interaction between atoms or molecules.

Liu’s research demonstrates that moiré patterns can be induced in conventional 3D materials by manipulating the relative angle and periodicity of two periodic strain fields. The idea had not been experimentally demonstrated before, nor theoretically proposed.

“Most interesting physical phenomena in condensed matter systems stems from the periodicity of the crystal lattice,” said Liu. “The concept of moiré engineering is largely based on imposing an additional periodic potential on top of the original lattice potential.” The periodic potential is a key concept for contemporary condensed matter physics since it leads to the development of band theories and the concept of non-trivial topologies.

In general, when crystal lattice layers are overlapped with a small twist, the resulting larger moiré “superlattice” creates a different landscape for electrons to move around. This moiré potential can modify the physical properties of the material, creating interesting yet surprising properties such as novel photonic crystals or metamaterials that process photonic responses that are not nominally occurring in nature. The idea of creating moiré patterns with periodic strains also provides an alternative routine to alter the electron correlation in real space. It can potentially be applied to induce novel properties in materials because electron correlation is responsible for phenomena such as superconductivity and phase transitions.

Looking ahead, there are several directions Liu’s group can take their research.

“First, we would like to test more material systems to see if our approach is applicable to more correlated oxides and semiconductors,” said Chen. “We would like to improve our control over the periodicity and shape of the induced moiré patterns by improving the substrate patterning techniques and sample growth techniques. This potentially can allow us to create a large group of novel photonic or plasmonic devices with great thermal or electric-field tunability that is inherent to those correlated transition metal oxide and semiconductors.”

Additionally, the group would like to explore using the moiré phenomenon to probe features at smaller length scales that are impossible to see even with today’s most powerful optical microscopes.

“The currently realized moiré patterns have periodicities in the order of hundreds of nanometers to microns,” said Liu. “In the future we would like to create much smaller electronic periodicity that can significantly alter the crystal potential at a much higher energy scale, as smaller length scale corresponds to larger energy scale. In addition, what we have here is a tool for discovering microscopic sample features that cannot be seen using conventional microscopy techniques.”

Mengkun Liu, Xinzhong Chen and other collaborators from USTC and Columbia University authored a Nature Physics paper titled “Moiré Engineering of Electronic Phenomena in Correlated Oxides” on their research that was published in April.

College of Arts and Sciences physics

Leave a Reply to Sex in the Time of Coronavilles – Freeqo.com Cancel reply

Leveraging CT scans of fossilized crocodiles, Arthur Erb ’20 and  Olivia Taubenfeld ’20 are probing the mysteries of ancient life under the mentorship of paleontologist Alan Turner, whose focus is... 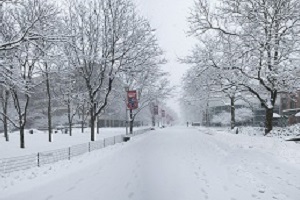 Why wait for Black Friday when Stony Brook Alumni have access to year-round savings? Get started early on your holiday wish list. Here’s how you can take advantage of your alumni perks this Holiday season: Update your...